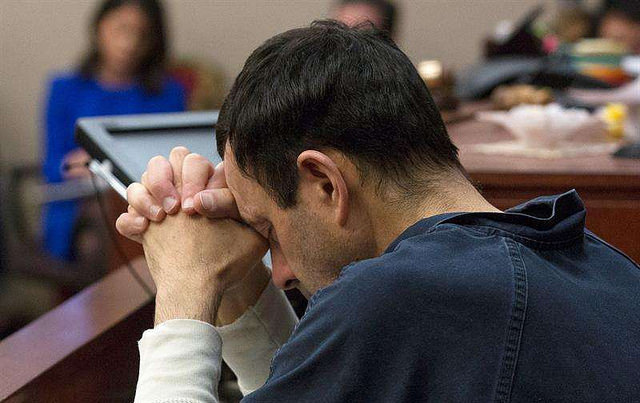 Aly Raisman, Jordyn Wieber, Simone Biles. The list of household names of beloved Team USA gymnasts now is not only associated with gold medals won during the golden age of U.S. gymnastics, but can be added to the list of more than 150 women who came forward against Dr. Lawrence Nassar. A former doctor for athletes at Michigan State University and the U.S. Olympic Gymnastics Team, Nassar took advantage of his position of power over girls as young as six years old, repeatedly abusing them during what he considered routine medical examinations.

Kyle Stephens, the first of the women to speak out publicly against Nassar, was a family friend of the doctor, with no ties to gymnastics. At age 12, after six years of abuse, Stephens confided in her parents, telling them about multiple instances in which Nassar had exposed himself to her. Instead of believing her, Stephens’ parents asked her to apologize to Nassar.

After seven days of testimony from women, it became revoltingly apparent that Nassar had not stopped with Stephens, which Judge Rosemarie Aquilina acknowledged by handing him a sentence of up to 175 years in prison — essentially a death sentence. Regardless of the sentence, of the hours of brutal truths flung at his face, it seems as though Nassar remains incapable of taking accountability for his heinous actions.

“Hell hath no fury like a woman scorned,” Nassar wrote in a letter to the court.

Nassar continued on in the letter to rant and rave about how his sentence in an earlier case involving child pornography was “not proper, appropriate, fair” and that it caused him to lose all support in the trial for the sexual assault charges. The doctor also reiterates his twisted belief that his abuse of the women was justified in the name of medicine, that he was and is a good doctor, that the girls and their families referred their friends to him because he did such a good job. 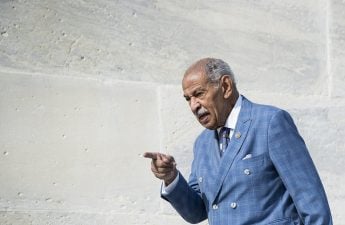 Not surprisingly, Nassar joins the horde of men who are entirely incapable of seeing their actions as abusive or wrong. Somehow, the girls asked for it, or they wanted it or there simply was no abuse. But this is a tale as old as time and it will not change until not only the abuser is held accountable, but those who were complicit in the abuse are as well.

In the flurry of evidence condemning Nassar, numerous officials from organizations that employed the doctor have stepped down. Most recent is now-former president of Michigan State University, Lou Anna Simon, who was the president of the university for the past 13 years and the majority of Nassar’s tenure at the institution.

In her letter of resignation, Simon wrote that tragedies such as Nassar’s abuse are often “politicized” and that “blame is inevitable,” with the president of the institution housing the abuser often times receiving the brunt of criticism. She extended an apology to the victims of Nassar, and repeatedly maintains that the university abided by the guidelines in how it handled the accusations against Nassar.

But MSU isn’t nearly as innocent as Simon and other officials would lead the public to believe, and their apologies are far too little too late. Under federal supervision since 2014 for mishandling of sexual assault and gender discrimination cases, the university asked to be released from supervision because officials had been acting in “good faith” for long enough. In other words, Michigan State and its administration felt like they’d paid their dues for a couple cases they tried to carelessly sweep under the rug.

Federal officials denied the request for two reasons. First, in 2014, the university failed to notify federal officials of the dual Title IX and campus police investigations of Nassar, instead choosing to remain silent about the abuse plaguing female athletes on campus. Nassar was cleared in both investigations.

Second, the university still has not relinquished all of its documents pertaining to the accounts of abuse to federal officials.

The egregious disregard for their legal obligation to correctly handle and report sexual assault allegations dissolves any and all apologies issued from Michigan State officials in the wake of the Nassar trial. It is not enough to issue apologies to try to save face in the aftermath of numerous accounts of the university’s negligence, nor is it enough to offer up internal investigations and partially relinquished documents as evidence that the university “did it’s best” in handling the allegations.

Nassar’s trial and sentencing was a huge moment for his victims, who had the rare opportunity to confront the man who made their lives hell and for abusers nationwide who have heretofore been allowed to conduct their illegal activities without much fear of being found out, let alone of any real consequences. It is now time to turn a critical eye on the institutions like Michigan State University that allowed the abuse to continue relatively unchecked. Officials at universities nationwide are meant to protect students and ensure their safety. Protecting doctors, professors and other staff members against sexual abuse allegations is not fulfilling either of those things.

Nassar is a prime example of power being allocated to a man who never deserved it, who abused it and who is now deservedly paying with his life. And the 150 women who testified against him are emblematic of women nationwide who are courageous enough to stand up and say enough is enough, justice must be served.