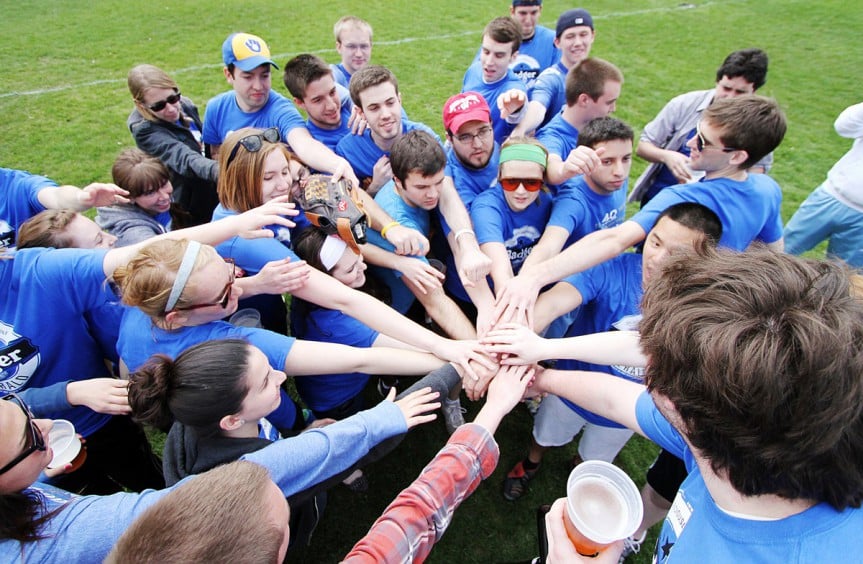 As President Donald Trump’s time in office progresses, we’re beginning to learn more about how his administration intends to deal with inquiring media outlets.

But that’s probably not going to happen.

Based on the first few weeks of the Trump administration’s interactions with the media, journalists and the public should be very, very concerned going forward.

In essence, what we’ve seen from the Trump administration is a complete disregard for the truth. At various points, White House Press Secretary Sean Spicer, White House Council Kellyanne Conway and even the president himself made statements which were flat out, blatant lies.

They’ve kept the media in the dark on their policies a number of times and called various well-respected news outlets “fake news” if they dared to dispute any of the preposterous claims Trump and his puppets make.

Seriously, sit down and watch a White House press briefing one of these days. Sean Spicer is a joke.

So, basically, what we know is that unless something drastic changes, the next four years are going to be hell for today’s journalists. But as scary as Trump’s war on factual, quality journalism has become, I think it actually offers an opportunity for those of us who currently study journalism.

While journalists of today struggle with a public that insists, regardless of evidence, everything they say is false, journalists of tomorrow might have an opportunity to end, or at least tame, the madness of the partisan press.

Right now, for every New York Times, Washington Post and Wall Street Journal, there seem to be two outlets like Breitbart or Drudge Report. While it’s easy to blame the public for being so easily persuaded by news that isn’t true, think about your own life. Is it not easier to convince any of us on previously held biases?

If you hated former Democratic nominee Hillary Clinton or Trump for whatever number of reasons, would it really be tough for you to be convinced of accusations against them, regardless of whether they’re true or not? I know for a fact I’ve experienced that first hand and I’ve watched dozens of friends and family members do the same.

We know the news is so saturated with outlets that warp what the news actually says that it’s impossible to disseminate fact from fiction.

The solution is the journalists of the future — students studying in Vilas or sitting in The Badger Herald offices at 11 p.m. on a Tuesday night.

While it might seem like the Trump administration is bad news for students of journalism, I would venture to say it isn’t. In fact, it’s probably good news. The way journalism students think and are being taught has already changed significantly since Trump announced his candidacy for president more than a year ago.

Our curriculum insists on evidence. If it isn’t ethical, don’t report it. If it might not be true, don’t even pitch it.

I’m sure this has been the case in journalism schools for the last century, but I don’t think many of those who’ve gone into journalism before this generation had the same motivations this one does. The motivation for this generation isn’t, “I want to report the news.” It’s, “I want to tell people the truth and make it so thoroughly backed up by evidence that it is impossible not to acknowledge it is a fact.”

Journalists have effectively been called out by the public, and students of journalism are listening. For the first time in a long time, the public chose to listen to a politician over the press.

That’s a slap in the face, especially when we know just how often politicians lie and how thorough good journalists are in reporting the truth.

While it might be too late for many journalists already into their careers, it isn’t for us. We have an opportunity and we intend to take it. For those journalism students coming out of school in the next few years, concerned over whether you’ll have to work for a politically motivated media outlet when all you want to do is report on the truth, don’t worry.

Media outlets are learning their willingness to use opinion content over fact might be easier to sell, but it isn’t doing them any favors with a good portion of the population. Think for a second of how the public views Fox News and MSNBC. Half of us hate one of them, the other half hate the other.

I’m no businessman, but I would assume having half of the country despise your product probably doesn’t give the long-term growth of your network much to be optimistic about.

Dividing news outlets by political affiliation might seem great right now, but eventually the public will come around and they will slowly shift back to the middle. While outlets like Huffington Post will still be around, their relevance will deteriorate. More outlets will move back in the direction of The New York Times or Wall Street Journal where good, solid journalism has been their formula for decades.

Slowly but surely, more outlets will recognize that in the long run, biases ruin trust and without trust, news outlets cease to be relevant.

At the same time, a new generation of highly motivated, fact-seeking young journalists will emerge from schools like the University of Wisconsin, ready to embrace the new era of journalism.

So rest easy, America. While you might hate journalists today, you won’t for long. The future of journalism isn’t dark. Today’s journalism students will be tomorrow’s eyes and ears of the world, and hopefully there will be a lot less partisan bullshit included.