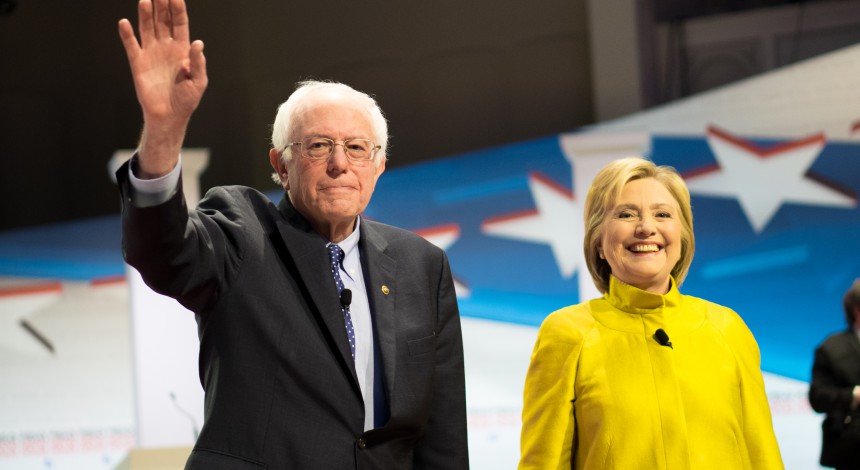 I am not a politically-minded person. I watched the Republican debates with an eye roll and a bag of popcorn, and I could barely stomach the Democratic debates because socialism made me nervous and former Secretary of State Hillary Clinton annoyed me.

When I started thinking about who I wanted to vote for, I immediately discounted Clinton solely because I find her unlikeable. She seems robotic and conceited. During debates, I hardly listened when she talked because I was too busy complaining about her to my roommates.

But why did I have this dislike for Clinton?

I realized that my distaste for Clinton had nothing to do with her politics and everything to do with my perception of her character. She seemed too self-assured, too scripted, too stiff. I didn’t like the way she argued or her pantsuit.

I didn’t like Clinton, but my reasons were unfair. Clinton has to pave her way in a man’s world, walking the lines of assertive vs. aggressive and empowering vs. alienating feminist. She has faced criticism of her age and her wrinkles, despite being far from the oldest or wrinkliest. She has to take it all while wearing unflattering pantsuits the general public mercilessly makes fun of.

I was judging Clinton to a different standard that I held the other candidates to.

Politics aside, Hillary Clinton is an impressive figure. She received her law degree from Yale, and spent years in the White House, redefining the role of First Lady from hostess to presidential advisor. She served as a senator and as Secretary of State under President Barack Obama, and she has been a prominent figure in national politics for 20 years, breaking barriers for women everywhere.

It would be fair to discount Clinton and support another candidate because I preferred their politics. But it would be unjust to declare I won’t vote for her because I find her stiff, unrelatable or unattractive because those words are gender-charged.

Social psychology has proven time and again that various physical and demographic characteristics impact our perceptions and a person’s success. For example, tall men earn higher salaries than shorter men and are more likely to hold positions of power in their companies. Attractive people are thought of as more intelligent, kind, talented and honest than unattractive people. Women are viewed as more hostile than their male counterparts if they ask for promotions and raises. All of this stems from implicit biases that still exist today.

I was judging Clinton to a different standard that I held the other candidates to.

Superficial factors like appearance and gender sway promotions, pay raises and even presidential elections. Thus, Clinton’s gender may put her at a disadvantage.

I am accustomed to certain talking patterns for women and I’ve come to expect them. Women are more likely to nod and smile — a characteristically people-pleasing behavior — and an stern-faced woman is seen as cold. Women tend to phrase directives as questions instead of commands, and if a woman does issue a command, it comes across as nagging. Feminine speech patterns are generally sociable, friendly, and submissive, which is usually a good thing and makes women inclusive and likable communicators.

Unfortunately, the predominant speech pattern in politics mirrors the masculine traits. One should speak with confidence, loudly and assertively. To me, it is unfeminine and off-putting when a woman speaks that way because I am not used to it.

If Clinton smiled and spoke softly, she’d be criticized as weak. But when she speaks stridently and with confidence, I see her as bitchy and cold. She has been called shrill and been criticized for sounding like a nagging wife — all for speaking in a similar manner as her male opponents.

I think she is remote and distant, and when she tries to appeal to young audiences, her actions seem contrived.

I label her hair and her clothes conservative and unlikeable, but as a politician she must wear professional clothing that looks stuffy to me. I am used to seeing men in suits at event like homecoming, weddings or job interviews — men wear suits. But I didn’t grow up around women in pantsuits, so the sight is not normal to me and it is off-putting.

Gender biases influenced my opinions of Clinton and that’s not right. I should base my opinions on her political ideology and her past performance because perception of personality is much more subjective and lends itself to prejudice.

Unfortunately, I don’t think I am alone in my feelings about Clinton.

As a college student in a liberal campus, I generally come across Sanders supporters. They plaster “Feel the Bern” stickers on their laptops and post adorable videos of Bernie sprinting through the airport on the way to save America. His firm opinions spellbind them and they find his wild hair endearing. To them, he is like Yoda or Dumbledore, a little unorthodox but invariably wise and badass.

Despite being a college student in a liberal campus, I do not often meet Clinton supporters. Students don’t gush about her ideas or litter my newsfeed with loveable Hillary memes. They tolerate Clinton as the likely opposition to the Republican candidate, but they don’t like her. They find her cold, untrustworthy and unrelatable.

I hope, for our nation’s future and for glass-ceilings everywhere, their opinions are firmly based on facts and not swayed by pantsuits.