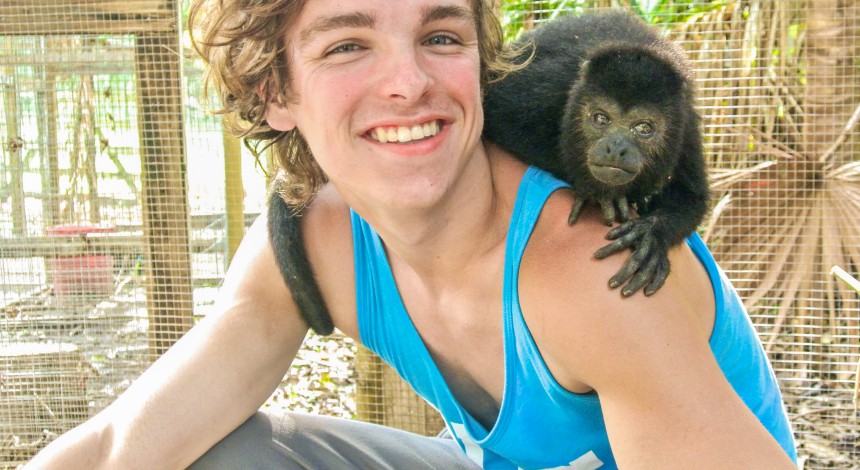 Mitch Thomas, a student enrolled in the University of Wisconsin School of Veterinary Medicine, admitted to his fellow classmates that he couldn’t describe the hip campus bar scene because he was only 19.

UW enrolled 25 clinical doctorate students between the ages of 18 to 20 in 2014. This means before most students finish their undergraduate degree, learn to meet a deadline and do the dishes regularly, some were already enrolled in professional programs, such as the School of Veterinary Medicine and the School of Pharmacy.

Despite the amazing accomplishments of these students, there are critics. But what the hell is their deal?

According to Lynn Maki, associate dean for student academic affairs at School of Veterinary Medicine, some people are concerned students at a young age are not mature enough to enter a doctorate program.

It is possible they believe being in a professional program, without the proper life experience and less stress management skills, may result in failure.

But we should have faith in the admission committee at the UW School of Veterinary Medicine. They have been around for awhile and have graduated a few thousand veterinary students. They, of course, consider other aspects of the applicant beyond academics.

“This is a holistic process and we look at all aspects of a student’s preparation to see if they are goal-oriented, committed and if they have that maturity piece,” Maki said. “So for the students who have been submitted a little bit younger, maturity hasn’t been a concern.”

Not only do I have faith in the admissions committee, but labeling students “immature” or “likely to fail” is a bad life habit. It inhibits growth and is an unnecessary restriction. In addition, the recent UW age demographics show this is not the first time younger students have been admitted.

Some of the clinical doctorate programs do not require a bachelor’s degree for admission, such as the School of Pharmacy and the School of Veterinary Medicine.

Some people believe this is an unfair standard and a bachelor’s degree should be a minimum requirement for a pharmacist or a vet.

At the same time, everyone enters with the same base knowledge. Students are still required to complete prerequisite coursework and a professional level graduate test, such as the GRE or the Pharmacy College Admission Test (PCAT).

For instance, Thomas was able to enter early because he tested out of some prerequisite classes due to his rigorous advanced placement (AP) high school schedule.

According to Maki, students with or without a bachelor’s degree drop out at the same rate.

It’s important to remember the students who start early are not getting a free pass; they are required to go through the same process as all the other students. They are vetted through a competitive admission process and for this, they deserve recognition, not doubt.

The level of ambition and academic accomplishment these students have is spectacular. Not only have they discovered their current path in life, but they potentially did it without having to pay for a full bachelor’s degree. For this, I applaud them.

While a bachelor’s degree is an accomplishment, a doctorate of veterinary medicine is even more spectacular.

Thomas said starting the vet program so early in life was a good decision.

“I don’t regret it — I was able to cut off two years of tuition rate,” Thomas said. “To know what I am doing and to be on that track early is great, and maybe I will finish my bachelor’s degree later in life.”