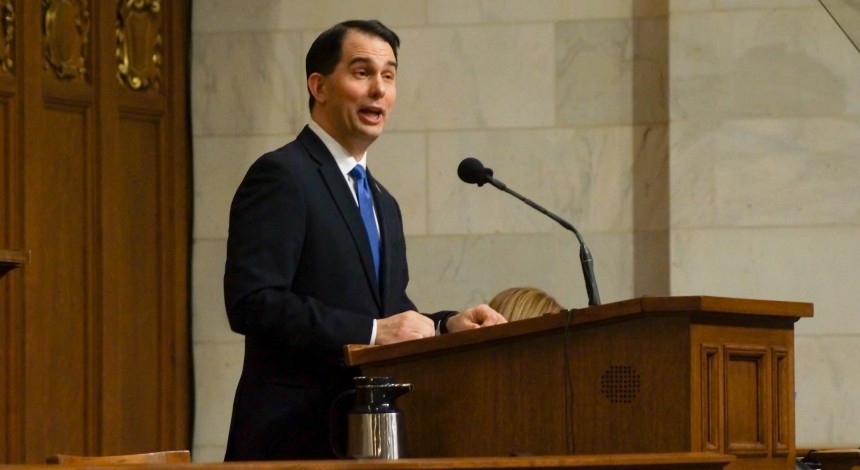 These penalties are nothing compared to the large amounts of money campaigns can raise, Heck said. Walker’s campaign raised and spent $36 million in the 2014 gubernatorial campaign and a $28,150 fine is less than 1 percent of the total campaign funds, Heck said.

“The fines are like a small mosquito that lands on your ear and doesn’t bite you,” Heck said. “It doesn’t hurt campaigns very much.”

The GAB is responsible for overseeing financial contributions to political campaigns, Haas said. It places fines on individual contributions of $10,000 or more and other violations.

“The audits themselves are common,” Haas said. “After a calendar year, we will conduct audits of campaign committees to find potential violations.”

Heck said from GAB’s perspective, Walker’s campaign fines amount to a substantial amount. The $10,000 limit was effective for campaign contributions in the 2014 election, but the Legislature doubled individual campaign contribution limits to $20,000 for all campaigns after 2014, Heck said. This means that individuals can now contribute more without being penalized.

“In general, campaign finance laws have become more lenient in the past four or five years,” Burden said. “The GAB will have less to enforce because there will be less regulation.”

Heck said Walker’s campaign will just pay the fine because it is not much of a burden. Most campaigns want to get this sort of publicity out of the news, Heck said.

“Believe me, [Walker] is not feeling much pain at all,” said Heck.