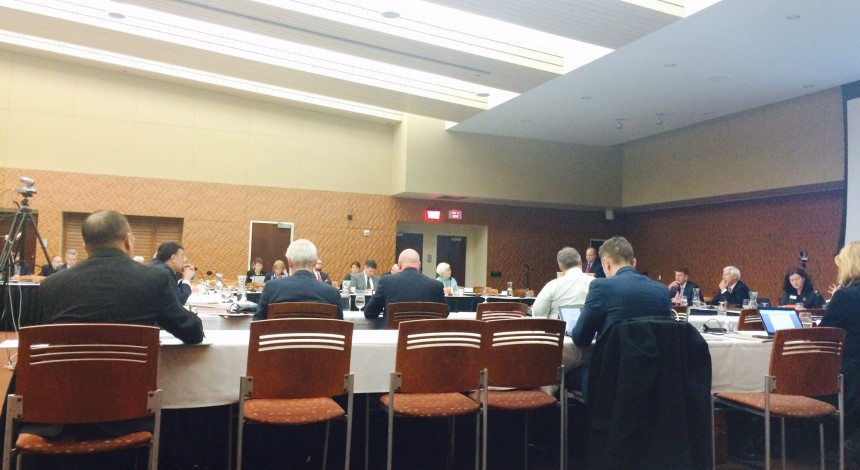 The University of Wisconsin System Board of Regents Education Committee Thursday unanimously approved the UW Extension mission change and a resolution reiterating the UW System’s commitment to defending academic freedom and free speech.

At their meeting, UW Extension Chancellor Cathy Sandeen explained the proposal to extend UW Extension’s mission and turn it into a degree-granting entity.

Sandeen said statistics show 750,000 to 850,000 Wisconsinites had some college background, but no degree, and 10 percent of them are actively pursuing one. The UW Flexible Option, which grants business and management degrees to these people based on their experiences rather than credit hours, will eliminate the cost of attending expensive for-profit programs.

The regents, including Drew Petersen, all approved the mission change.

“I think the students in our system will benefit from high quality education that is offered from UW Colleges and Extension,” Petersen said. “I think it’s cost-affordable. I think the time is right.”

Before the Education Committee passed the mission change, it encountered harsh criticism from multiple UW chancellors and agricultural groups in the state.

Noel Radomski, Wisconsin Center for the Advancement of Postsecondary Education director, has strong opinions against the proposal. He said in a letter despite UW System officials’ tendency to ignore opposing voices on the issue, it should be common sense to reject the mission change plan.

A letter from Blank released in mid-November stated, “nobody is entitled to express their opinions in ways that diminish others” or “devalues the presence of anyone that is part of our Badger community.” Critics said that might inhibit free exchange of ideas on campus, according to the Wisconsin State Journal.

“We talk about importance of civility, but you can’t enforce it through a code because it’s hard to define, and before you know it, people are afraid to say any idea that might be so unpopular that offends people,” Downs said after the meeting.

The full Board of Regents will meet Friday to make the final decision on the two resolutions.