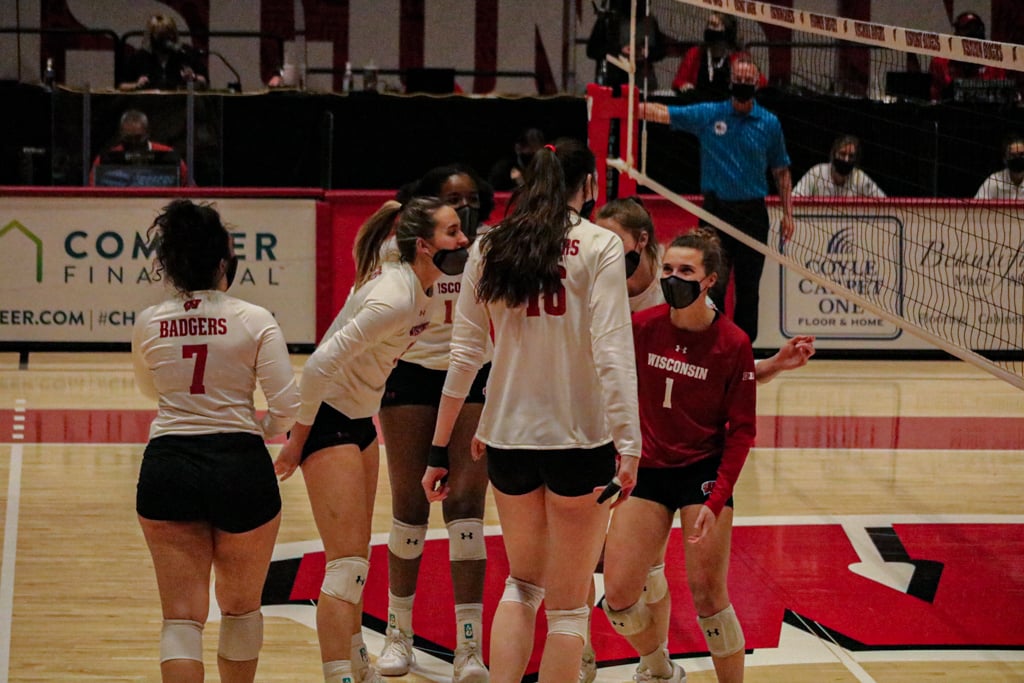 Jan. 4, volleyball legend Dana Rettke arrived at her new home in Monza, where she joined her new professional volleyball team. Rettke, who led the University of Wisconsin to its first-ever NCAA championship in 2021, signed with Vero Volley Monza, one of Italy’s top pro league teams.

Despite being halfway through the season, a strong addition such as Rettke can put Vero Volley Monza at the top of its standings. According to Kenosha News, Claudio Bonati, sports director of the Vero Volley Consortium, views Rettke as a strong contributor to the end of the team’s season success.

Likewise, in a statement released by the team, Rettke said she wants to pursue the goals of her new team with the same enthusiasm she carried on Wisconsin’s court. Now, as an official member, Rettke became able to compete with Vero Volley Monza Jan. 23 to play against Cucine Lube Civitanova. While it is unclear what Rettke can bring to the table immediately, Rettke’s accolades show there is no doubt Vero Volley Monza will benefit from their new addition.

Monza is a northeast suburb outside of Milan, located in northern Italy. The town is most famous for hosting the annual Italian Grand Prix, in which race cars compete on Monza’s Formula One racetrack in pursuit of the World Championship title. While Monza is known for its auto racing, it is also notable for its volleyball team. Vero Volley Monza plays in the A1 league, Italy’s premier volleyball league.

Rettke played high school volleyball at Riverside-Brookfield High School in Riverside, Illinois. By her senior year of high school, she was deemed a star. Rettke was named No. 8 on PrepVolleyball.com’s record list of Senior Aces and became the best player in her conference. In 2016, she was selected first-team high school all-American by four publications and named Illinois High School State Player of the Year. With offers for both basketball and volleyball, she decided to graduate early after her spring season to play volleyball at UW.

Before her freshman season started, in Big Ten play, Rettke was named Big Ten Freshman of the Week nine times — a conference record — and Player of the Week twice. As a freshman, she was already on track to pass Haleigh Nelson, who previously set the record for the highest hitting percentage (.422) her junior year.

In 2018, as a sophomore, Rettke was the youngest member to join the US Collegiate National Team China Tour, which consisted of a five-match, 10-day trip to China. The team finished 4–1 overall against professional teams from the Chinese Volleyball League.

Due to Rettke’s outstanding performance, she was selected to play for the 2019 Fédération Internationale de Volleyball Volleyball Women’s Nations League in Nanjing, China. During that time, Rettke trained rigorously and competed on the national team. Her efforts not only qualified the U.S. for the 2020 Tokyo Olympics but secured them the gold medal in the Volleyball Nations Cup.

By the end of her college career, she had earned two-time AVCA National Player of the Week, 11-time Big Ten Player of the Week and three-time Academic All Big-Ten recognitions. Rettke currently ranks in the top five of eight different statistical categories at UW.

Aside from her stats, Rettke was selected as a finalist twice for the Honda Sport Award, a national award for volleyball. She received the 2022 Honda award, making her the first three-time consecutive Honda finalist and first UW volleyball player to earn a national award. She was also one of 10 finalists for the 90th AAU James E. Sullivan Award.

Rettke’s integrity and grit led the Badgers to three consecutive Big Ten titles and five NCAA Tournament appearances. She helped advance the team to the Sweet 16 in 2017, the Elite Eight in 2018, the championship match in 2019 and 2021, and the final four in 2020.

She ended her college career by scoring the last point to win the 2021 National Championship.

With hard work and determination, Rettke has succeeded in all levels of volleyball. The Badger community is looking forward to her success with Vero Volley Monza.