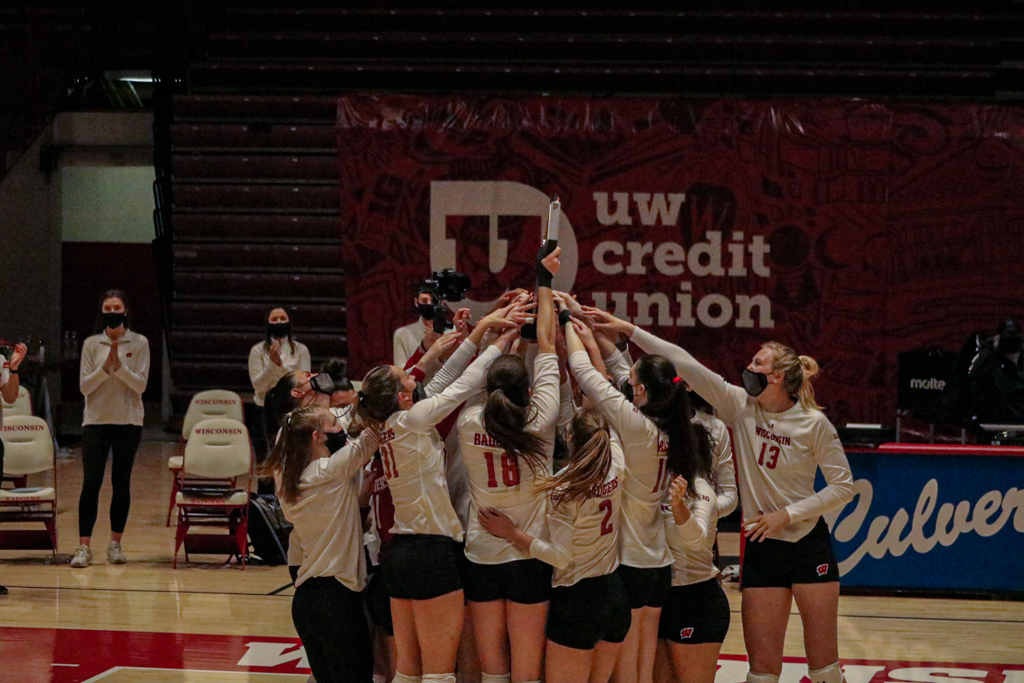 After 15 games and almost two seasons of dominance, the University of Wisconsin women’s volleyball team took a loss to a Big Ten team at the hands of the Maryland Terrapins in a close five set match.

Maryland was able to combat a Wisconsin attack that had seemed unstoppable all season long. The Badgers, who currently sport the best hitting percentage in the nation at .331, were held to a percentage of .196. This comes despite a 20-kill performance from Dana Rettke, leading both teams and setting a new season high for the badgers.

Maryland’s defense has been the main reason for their 13-1 record. Middle blocker, Rainelle Jones was the key to Maryland’s frontline success, tallying 11 blocks against the Badgers, adding to her NCAA leading total. This was the first match of Wisconsin’s season to go to a fifth set. Only two other matches prior had gone to four sets, Baylor and Kentucky, both ranked opponents.

The loss dropped Wisconsin down in the NCAA power rankings from second to fifth. If Wisconsin wishes to make it make into the win column, they’ll have to look to get the attack going again and limit their mistakes. The Badgers had 34 errors in the match, the most they’ve had since Nov. 28, 2015 against Illinois.

Wisconsin will also have to look for bounce-back performances from middle blocker, Devyn Robinson and freshman outside hitter, Julia Orzol. Both Robinson and Orzol have played important roles in defeating Kentucky and Green Bay respectively, but were stifled against Maryland’s blockers, with more than eight errors for both players and a hitting percentage of .041 between the two of them.

With the Big Ten conference being as strong as it is, Wisconsin will certainly have to make up some ground with the remainder of their schedule. Here are some of the key opponents that Wisconsin has yet to face in the regular season.

Ohio State is one of the few teams that could possibly rival Wisconsin’s attack. Their kills per set leads the Big Ten and is second in the nation. A lot of these plays are generated by setter Mac Podraza, the main facilitator of Ohio State’s NCAA leading 13.89 assists per set. Wisconsin was on the losing side of this conference match the last time they played in 2019, in what was one of the biggest upsets in volleyball that season.

Ohio State snapped Wisconsin’s 12-game win streak, in what turned out to be their only victory against a ranked opponent that season. Wisconsin will look to seek revenge against this seasons Ohio State team that has lost its first two conference matchups against the ranked Penn State and Purdue.

Before this season’s loss against Maryland, Penn State was the last Big Ten team to beat Wisconsin since Nov. 29, 2019. Two rematch games were scheduled in 2020 before being canceled due to the COVID-19 pandemic. Penn State is coming off of two back-to-back conference victories.

Sweeping the dangerous Ohio State in three sets and beating the team that just took down the badgers, Maryland, in five sets. Penn State was able to put up the second-best hitting percentage that Maryland has allowed all year, showing the talent they have on offense. Equally as deadly is the Nittany Lions’ frontline blocking. Kaitlyn Hord leads the way for Penn States collegiate best 3.32 blocks per set. Wisconsin wishes to see more success facing a top defense this time around.

Nebraska is still undefeated in conference play, but is 1-3 against ranked teams overall, with their lone win coming against #16 Creighton. Nebraska is yet another team that Wisconsin was unable to play last year due to COVID-19. The Badgers are riding a five-game win streak against the cornhuskers dating back to Sept. 30, 2017.

Nebraska will have two opportunities to end that run this year, one at their own Devaney Center and another at the Wisconsin Field House, where Nebraska hasn’t won since 2013. The Cornhuskers were one of the Big Ten elites last year finishing with a 14-2 conference record before falling to eventual NCAA champion Texas in the tournament and fans will finally be able to see the matchup that they missed out on last year.

Purdue is the highest ranked team in the Big Ten, an agreeable assessment after you peak at their wins and losses. The one blemish in their 10-1 record comes at the hands of the undefeated Louisville. Since then, Purdue has won six games in a row, including consecutive wins versus Tennessee and Ohio State.

The Ohio State victory particularly shows Purdue’s prowess, as they held a team that averages 14.80 kills per set to just 11.4. They were also able to force an insurmountable 17 errors from OSU’s Emily Londot. Purdue were swept in both of their matches against Wisconsin last year, but this year’s Boilermaker team is poised to be a bigger threat.