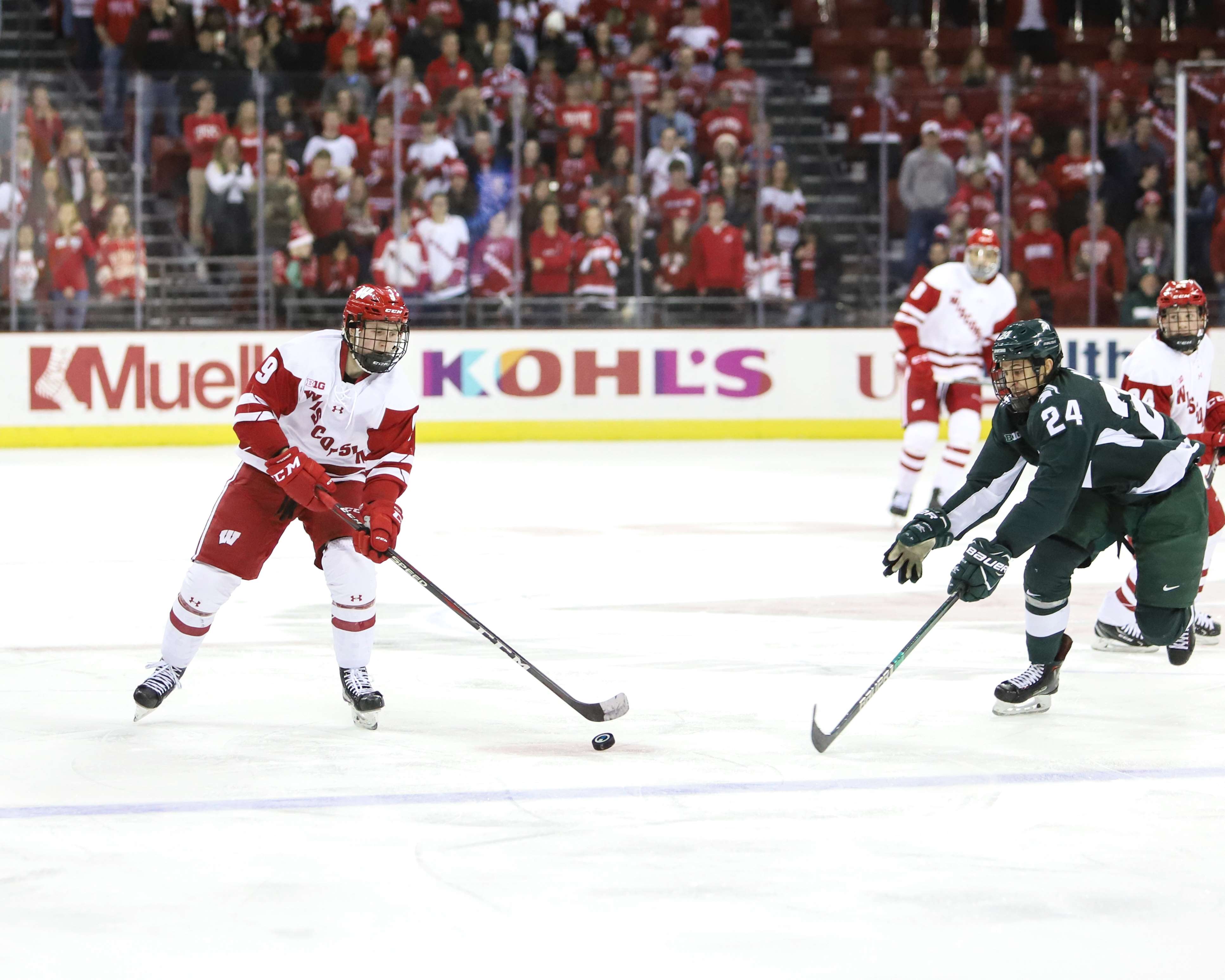 As September comes to an end and the leaves begin to change, hockey season is on the horizon.

The reigning Big Ten regular season champion Wisconsin Badgers have started practicing and preparing for the upcoming season. This year, the Badgers have 10 non-conference games and an exhibition scheduled, as college hockey will return to pre-pandemic normalcy.

Here is a brief look and preview into each of these 11 matchups.

A traditional hockey powerhouse, the Michigan Tech Huskies visit the Kohl Center Oct. 8 and 9 to open up the season. The Huskies are coming off of a disappointing 17-12-1 season last year.

Similar to Wisconsin, Michigan Tech’s season also ended after an unexpected loss to Bemidji State, with the Huskies losing to the Beavers in their conference tournament.

Michigan Tech returns both Trenton Bliss and Alec Broetzman, two Wisconsin natives that finished as the team’s leading scorers a year ago, as well as goalie Mark Sinclair who finished last year with an impressive goals against average of 2.26.

The Huskies will bring a lot of talent and energy to Madison and will serve as an interesting start to the season for Wisconsin.

While the Badgers seem to match up well on paper, defensive-oriented teams like Michigan Tech gave Wisconsin problems a year ago. With a rebuilt roster and some uncertainties about where the goals will come from, Wisconsin might struggle with an experienced, well-coached Michigan Tech team. 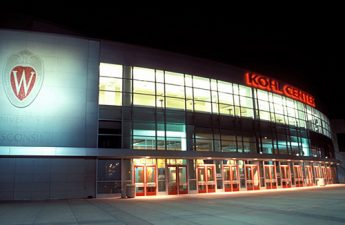 A week after Michigan Tech visits the Kohl Center, the Badgers will welcome Brian Riley and his Army Black Knights to Madison.

Army was one of the most surprising teams in the nation a year ago, finishing 15-5-1 with a heartbreaking overtime loss to the Canisius Golden Griffins in their conference tournament.

The Black Knights had won 13 games in a row prior to that loss and certainly seemed worthy of an NCAA tournament bid. However, that bid never came and their season ended.

The Black Knights are led by senior Colin Bilek. The Brighton, Michigan native finished third in the nation in goals a year ago and was named a second-team All-American. Bilek is an absolute superstar and one of the best true scorers in college hockey.

The problem for Army is a significant lack of experience and depth outside of Bilek.

They will likely be starting Justin Evenson in net. While Evenson is a junior, he has started just 3 games in his college career and has not been overly impressive in any of those 3 games.

If the Badgers are able to contain the outstanding talent that is Colin Bilek, they should be able to waltz through Army. Nevertheless, this will be a great opportunity to see an NHL-caliber talent come to the Kohl Center as a member of a visiting team.

Oct. 22 and 23 the Wisconsin Badgers will play the highlight of their 2021-22 non-conference schedule when they visit last season’s NCAA Tournament runner-up, St. Cloud State.

The Huskies were among the best teams in an extremely competitive NCHC a year ago, and ran the table all the way to the national title game before falling to UMass.

The Huskies have been selected as the preseason favorites in the always loaded NCHC conference, showing just how good their team is.

Sophomore forward Veeti Miettinen and senior defenseman Nick Perbix are among the most talented players in the country and are just a small part of a St. Cloud State roster that is loaded from top to bottom.

The Huskies are one of the best teams in the nation and will serve as a massive early season road test for a young Wisconsin team. 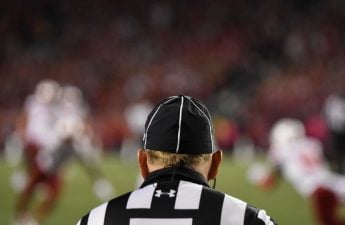 Football: College Football’s Newest AllianceIt’s safe to say the college football world is in shambles as the Texas Longhorns and the Oklahoma Sooners plan Read…

After four straight Big Ten series, the Badgers will take a break from conference play by bringing in the Clarkson Black Knights.

Clarkson had a somewhat disappointing season last year, but Casey Jones’ club is poised for a breakout year in the ECAC.

The Black Knights have upgraded in a massive way going into the 2021-22 season. They return all five of their leading scorers from last season, their top goalie and two instant-impact grad transfers. Clarkson is loaded with seven total NHL draft picks and talent at every position.

This will be a unique test for the Badgers, as it comes at the end of the Big Ten gauntlet. While Clarkson is not a big name school, they are consistently at the top of the ECAC and have amassed 22 NCAA tournament appearances.

This series is extremely underrated and could serve as a potential trap weekend for Wisconsin.

A week after Clarkson comes to the Kohl Center, the Badgers will bring in the U.S. U18 team for an exhibition at the Kohl Center. While these games will not count towards the standings or the stats, this will be a really good test for Wisconsin.

This single game will provide a great opportunity for hockey fans in Wisconsin to see future college and NHL stars including future Badger, Charlie Stramel.

While it is too early to provide much analysis on the U18s, this will certainly be one of the more unique games of the 2021-2022 season.

After a Big Ten series with Penn State and two weeks off, Wisconsin will travel to the Fiserv Forum in Milwaukee for the Kwik Trip Holiday Faceoff. In this two day mini-tournament, Wisconsin will play Yale, followed by Bowling Green or Providence.

While Yale’s season was canceled a year ago, the 2013 National Champions will certainly be as competitive as ever. Yale is among the oldest and most storied programs in college hockey, and while it is unclear how they will look after not playing last season, by late December they will have all of the dust shaken off.

Bowling Green did play last season, and they played pretty well. They finished 20-10-1 with a disappointing loss to Northern Michigan in their conference tournament to end their year.

The Falcons have seven straight seasons with more than 20 wins, and their remarkable consistency will make them a possibly difficult and interesting test for the Badgers before they hop back into conference play. 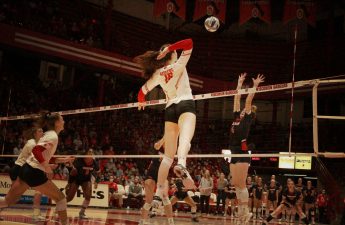 Providence comes off an underwhelming 2021 campaign that ended significantly earlier than they would have thought.

While they do not have the most talented roster in the country, they are led by Nate Leaman, one of college hockey’s best coaches. In his 10 seasons at the helm, Leaman has re-established Providence as a dominant hockey program.

Leaman and co. will certainly be looking to rebound from a tough season and would love a premier win against a team like Wisconsin.

Wisconsin has an extremely fun and interesting non-conference schedule. While the matchup with St. Cloud State is certainly the headliner, the Holiday Faceoff and the game against the U.S. U18 Team will be interesting benchmarks for the 2021-22 Badgers.

As usual, the Big Ten will be a tough conference, so securing some big wins in non-conference play could be huge for Wisconsin as they look to return to the NCAA tournament.