Get loud and proud, Badgers, because 16 University of Wisconsin athletes across eight different events will be competing in the Summer Tokyo Olympic Games. 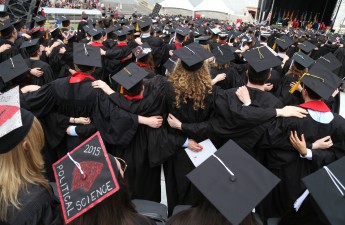 Competing in the Women’s Four Rowing event alongside members of the Stanford University, University of Michigan and University of California-Berkeley crew teams, Wanamaker is set to join the U.S. team for the Summer Tokyo Games the last week of July.

A three-time academic all Big Ten winner, Wanamaker started her rowing career as a freshman in Madison, following in her parents’ footsteps — both rowed for UW in their college days. Wanamaker competed in Track and Field, Cross Country and Soccer at Neenah High School before ultimately giving rowing a try the summer before her freshman year of college.

While she never rowed before coming to the university, Wanamaker quickly fell in love with the sport her parents participated in at a high level.

“Knowing that they rowed, it always was in the back of my mind as an option,” Wanamaker said. “The summer going into my freshman year, they told me there was a rowing camp … after having the Wisconsin experience for a week I was like, ‘This is what I want to do.’”

After her first two years, Wanamaker worked her way up to the first Varsity eight boat where she was eventually selected to compete in the 2017 World Rowing U23 Championships, coming away from the competition a silver medal.

Four years later, Wanamaker hopes to make a mark at the Olympics.

“I hope that I will be able to go back and tell [Current Badger Rowers], ‘You can do it. It won’t always be fun, but Badgers can do it,’” Wanamaker said.

Fighting an injury for most of this season, Wanamaker felt as though her Olympic dream was up in the air. “I don’t think it’s going to feel real until I’m on the starting line in Japan,” she said.

Wanamaker she and her teammates are grateful are that the games are happening at all, given the state of Tokyo and the Covid-19 pandemic. 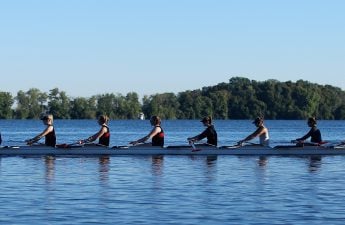 Other Wisconsin Athletes competing in the games: