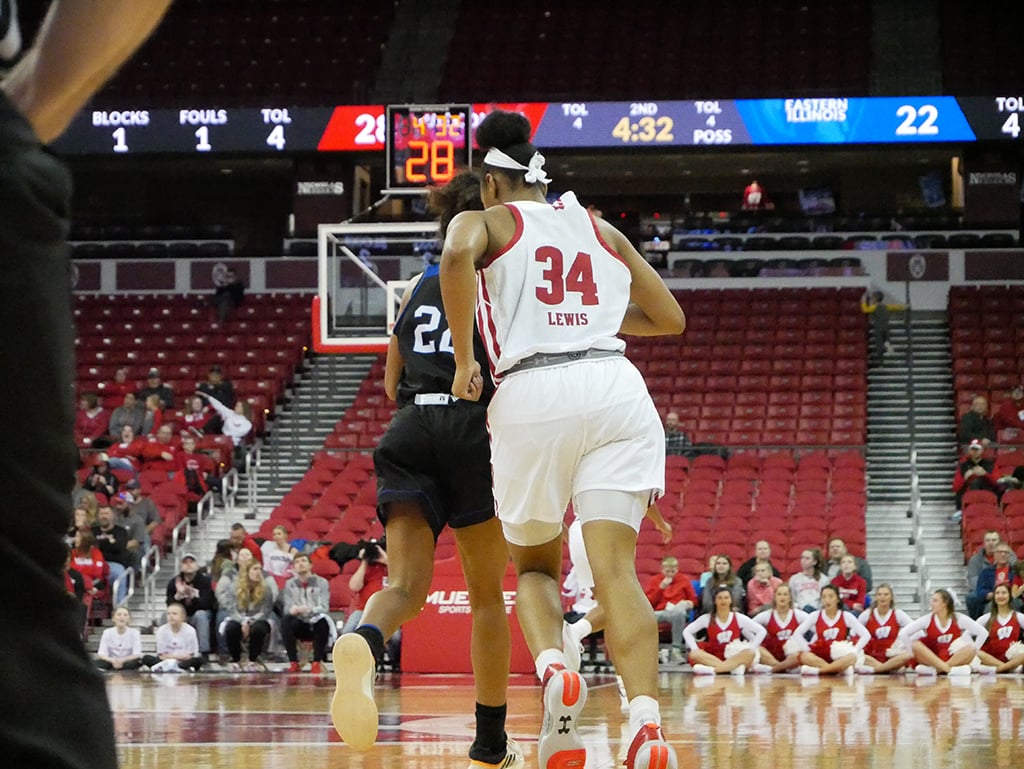 The 2019-2020 season is coming to an end for the University of Wisconsin’s women’s basketball team (11-15, 3-12 Big Ten) and the Badgers have fallen off dramatically as conference play continues to demand consistently elevated play. The case of peaking too early — or possibly the illusion of a peak developed from poor competition — has made for a disappointing slide down the stretch. 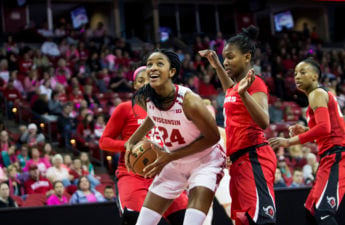 After battling for a close contest in the Kohl Center for 40 minutes in a wire-to-wire game against the Purdue Boilermakers (17-10, 8-7), Wisconsin was thoroughly overwhelmed by the Iowa Hawkeyes (21-5, 12-3) on the road just three days later. The level of competition, combined with a lack of momentum, produced a result which reflects upon the primary troubles of the year for Wisconsin — rebounding, ball security and three-point shooting.

The Badgers were dressed in pink Thursday for the Pay4Kay Think Pink game which is put on in support of breast cancer awareness. Wisconsin fell behind early as the Boilermakers found traction in the painted area from the tip. The lead changed hands multiple times, but Purdue emerged on top 14–11 after the first quarter.

Wisconsin shot 40% from the three-point line on Thursday, and committed only seven turnovers to remain in the game throughout all four quarters. The Badgers made the Boilermakers earn any advantage, and thus remained close as the halftime buzzer sounded.

Despite the improvements made to production from deep and overall ball security, the Boilermakers never allowed the Badgers to seize a steady lead. 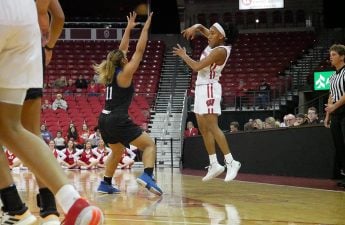 Ultimately, the Badgers’ inability to make a critical stop late in the fourth quarter would be enough for Purdue to secure a 62–59 victory. The game ended in a loss, but showed signs that the Badgers retained their competitive will — a necessary mindset heading into Sunday’s challenge in Iowa City.

The No. 19 Hawkeyes, coming off of a blowout loss of their own in College Park, had other plans for the visiting Badgers. Iowa leapt out to a double digit advantage in the first 10 minutes of the game and never looked back — cruising to a 97–71 victory that looked in hand nearly from the jump.

The Badgers quickly succumbed to the Hawkeyes’ relentless offensive rebounding and scoring prowess, yet the Badgers still battled for all four quarters of the contest. Standout forward Imani Lewis posted yet another double-double with 17 points and 12 boards on the night. 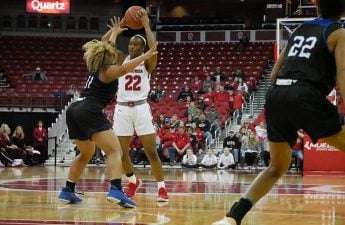 Lewis’ stat line put her into a tie for fifth in Badger history in season double-doubles. Iowa had four players in double figures and were led by Kathleen Doyle’s 22 point outing. The nation’s No. 19 ranked team led by 13 at half and never let off the gas — winning the final frame by another ten points to near 100 total for the game.

The Badgers, losers of 10 of their last 12 contests, now return home to face the leaders of the Big Ten, the Maryland Terrapins. Tip-off is Feb. 19 at 7 p.m.