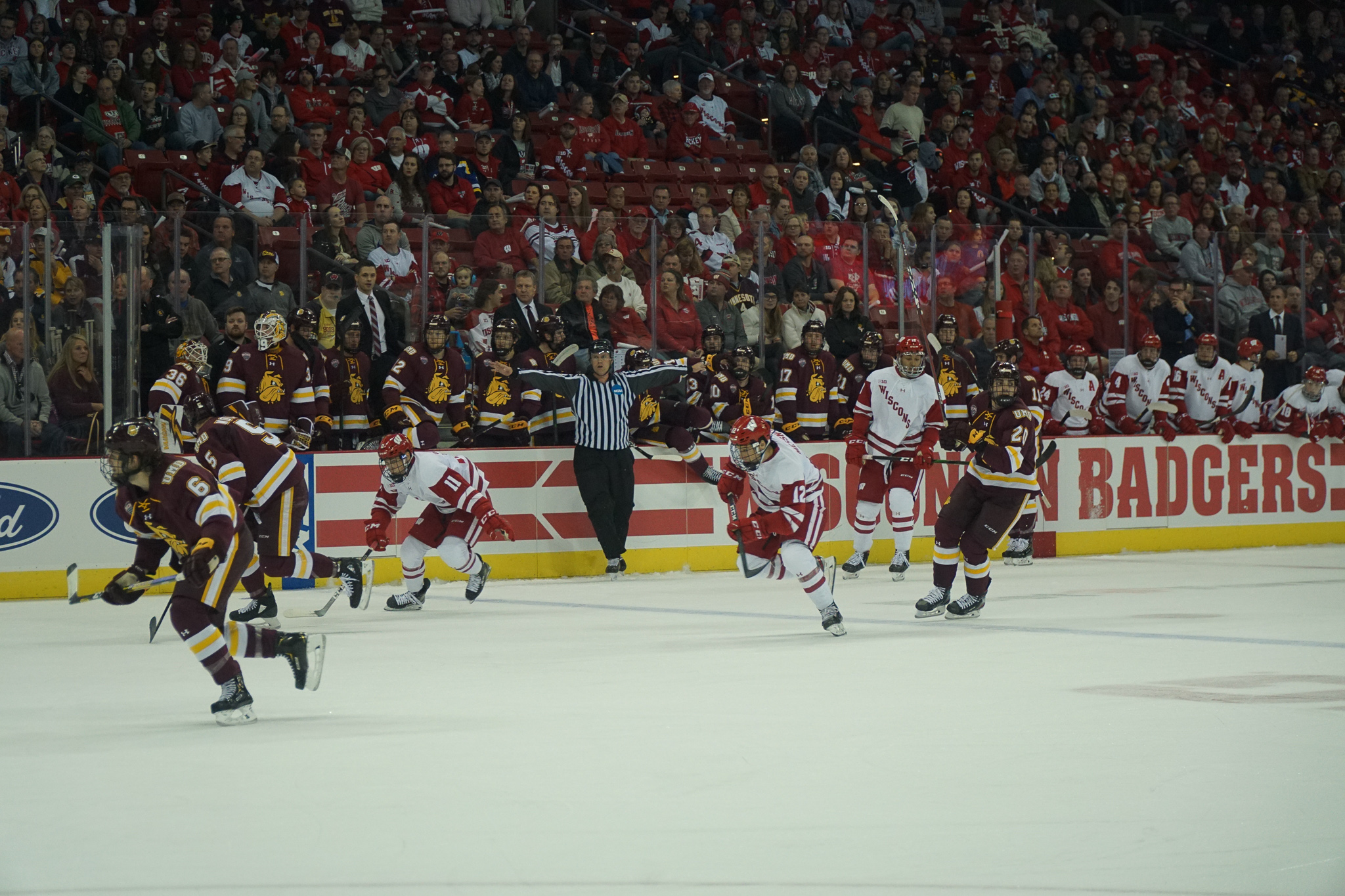 Friday night, UW handed the Fighting Irish their first loss of the season in an intensely competitive 3–0 victory where the Badger defense could do no wrong.

Saturday was a fast-paced back-and-forth affair, and ultimately, the Badgers fell 5–4 during a hectic overtime period.

Wisconsin has had one of the toughest schedules in all of college hockey to open the year, so it was an important weekend. Notre Dame was their sixth series against a ranked opponent in the early going, and a series split kept the Badgers at .500. 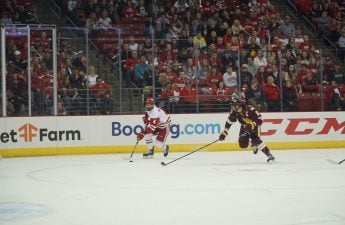 Friday night was an all-around show for UW’s defensive end and goalie Daniel Lebedeff. It was Lebedeff’s first shutout of the 2019-20 season, but he only had to make 22 saves to do it.

The Irish simply didn’t get many chances to put anything past Lebedeff, and when they did, he was there to shut it down.

The Badgers, on the other hand, were able to put 32 shots on net. Notre Dame goalkeeper Cale Morris had a relatively solid game, but Wisconsin capitalized on power plays and fast breaks as a result of their smothering defense to sneak three by him.

The first came at 17:10 in the first period when freshman Cole Caufield found the back of the net on a K’Andre Miller rebound. It was Caufield’s ninth goal of the season.

In the second period, Roman Ahcan scored from the low slot on an assist from freshman phenom Alex Turcotte. The power-play goal gave the Badgers a 2–0 lead heading into the final period.

Turcotte, who assisted on both early goals Friday and one on Saturday, has now recorded a point in each of Wisconsin’s last four games.

Late in the final period, Linus Weissbach ripped twine on an empty-netter to seal the win for UW with a final tally of 3–0. 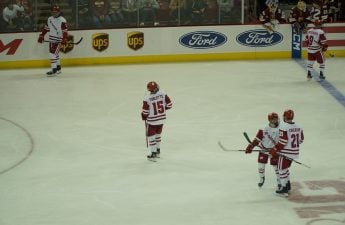 Saturday was undoubtedly one of the most exciting games college hockey has put forth thus far in 2019.

Just 34 seconds after the puck dropped, Notre Dame’s Trevor Janicke found himself free with a loose puck and sent it home from just outside the crease.

At 6:37, UW forward Dylan Holloway finished off a beautifully run 3-on-2 breakaway to bring things back even at 1–1.

Just under five minutes later, a scrum for the puck saw Notre Dame’s Cam Burke sneak a shot underneath Lebedeff to retake the lead. Another gridlock ensued after Weissbach found the back of the net for Wisconsin on another fast break.

Heading into the first intermission, it was all even at 2–2.

The Badgers had a couple of opportunities to score in the second, but couldn’t capitalize. The Irish killed off a UW power play to start the period, and a great save by Notre Dame’s Morris against Caufield denied Wisconsin any chance to put up a score.

The only goal in the period came on Jesse Lansdell tip-in, which gave Notre Dame a 3–2 lead heading into the third. 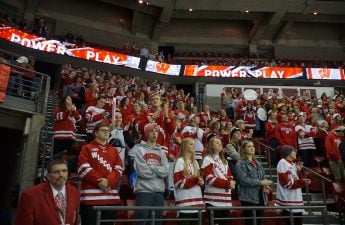 The Badgers found their first lead of the night after two unanswered goals from Wyatt Kalynuk and Miller put them up 4–3. Notre Dame managed to come up clutch — just as they’ve done all season long — and with seven minutes remaining, Colin Theisen evened the score at four apiece.

Both sides locked in on defense after Theisen’s goal, and that meant free hockey in Madison.

Unfortunately, luck just wasn’t on Wisconsin’s side in extra time. Morris halted a one-on-none Caufield breakaway, and the Irish turned it around as Alex Steeves got his second goal of the year to win it for Notre Dame 5–4.

It was a great weekend of hockey in Madison, and the Badgers shouldn’t be discouraged. They fought hard against one of the best teams in the NCAA and just came up short in game two. That doesn’t take away from the success they had Friday night and won’t hurt their playoff chances later in the year.

Next up, the Badgers travel to Minneapolis for their most intense rivalry of the year against a dangerous unranked Minnesota Gophers squad. Puck drop is at 7 p.m. both Friday and Saturday.