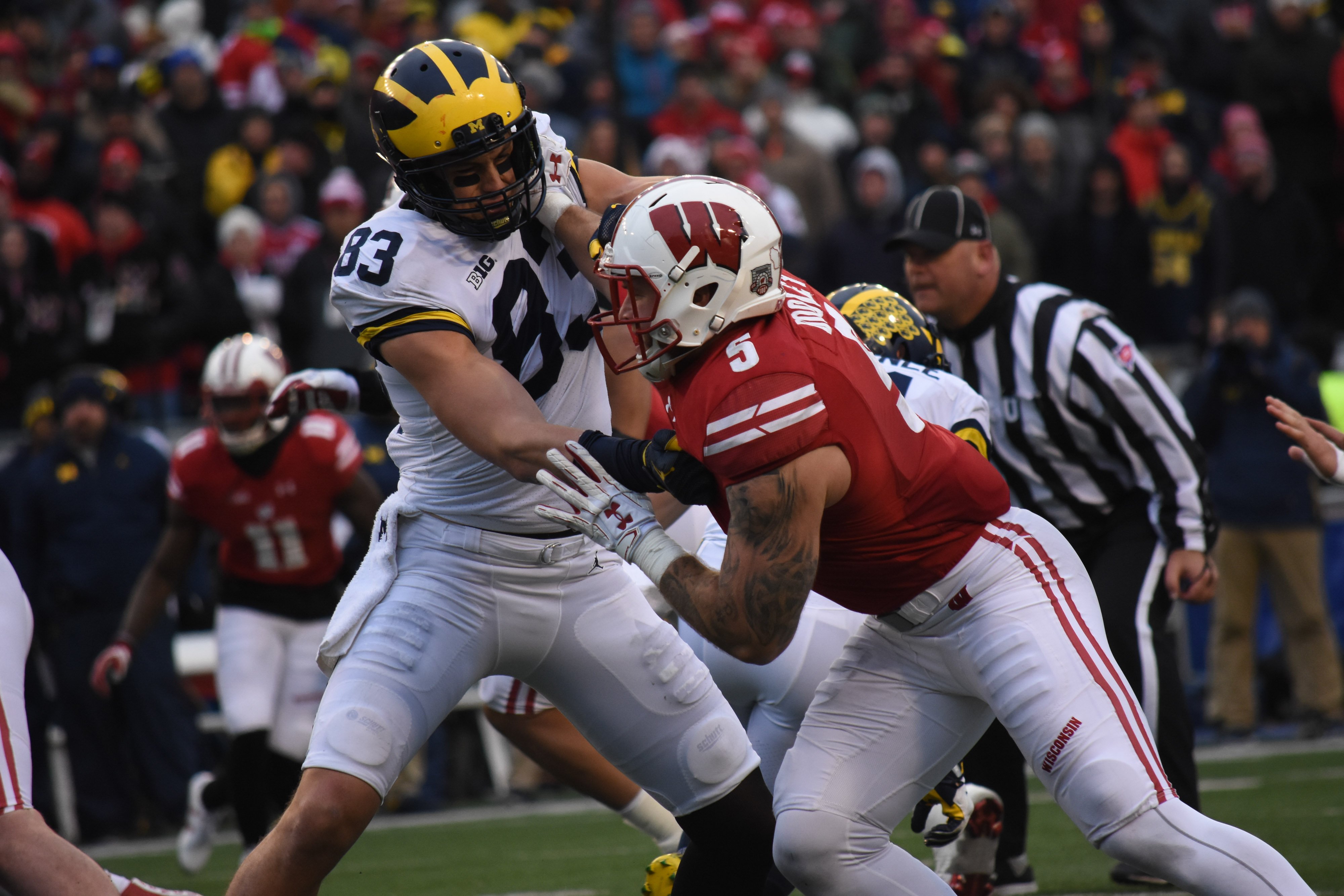 The University of Wisconsin football team welcomed Head Coach Jim Harbaugh and the Michigan Wolverines to Madison on Saturday and continued their early-season dominance, sending Harbaugh and his khakis home with a blowout 35–14 loss in what was Wisconsin’s biggest game in two years.

Where does one begin?

Head Coach Paul Chryst and his team came into the game outscoring their first two opponents by a combined 110–0. Despite their utter dominance, the narrative surrounding the team was that they hadn’t faced a true test yet, and much of the national media predicted a Michigan victory Saturday.

After finally proving their doubters, the entire state of Michigan and every Harbaugh supporter wrong, Chryst and his team have now officially entered the national picture, jumping from No. 13 to No. 8 on the new AP Top 25 rankings. 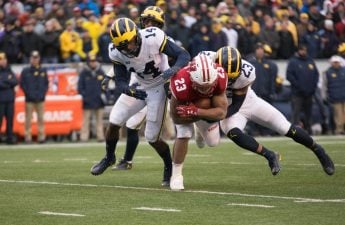 Football: Badgers ride wave of success into bout with MichiganFollowing a pair of convincing shutout victories over non-conference opponents, the Wisconsin Badgers (2-0) prepare for their first true test Read…

First, and most notably, Chryst is evolving as a coach right before our eyes.

Chryst is known to be a traditional coach, one that values field position, ball control and old-school power football. Saturday, he went against seemingly every one of his old-school tendencies, and all of his decisions ended up helping the Badgers to a blowout victory.

Chryst’s newfound aggressiveness started on the opening drive, where his team was faced with a 4th-and-1 on Michigan’s 40-yard line. Chryst went for it, picking up the first down and proceeding to score a touchdown on that drive.

His aggressiveness continued later in the first half when his offense was faced with a 4th-and-3 from Michigan’s 43. Chryst, again a coach who usually punts in these situations, went for it and was rewarded when QB Jack Coan found receiver Quintez Cephus on a beautiful over-the-shoulder catch near the sideline.

Over the course of the game, Chryst went for it on fourth down three times and converted all three.

The second big takeaway falls in line with the first: Saturday’s game was a total coaching mismatch.

In addition to Chryst’s brilliant in-game decisions regarding when to punt and when to go for it, the entire game saw Harbaugh and Michigan making poor personnel decisions and poor play calls, while the Badgers were buttoned-up on both sides of the ball and seemed to do no wrong no matter the situation.

The most notable slip-ups by Michigan included running a halfback dive from Wisconsin’s five yard-line with a 240-pound converted defensive lineman, which he fumbled, and waiting until the fourth quarter with the team trailing by 35 points to throw the ball outside to their talented receivers — players who posed a big mismatch against Defensive Coordinator Jim Leonhard’s secondary.

The third takeaway from Saturday is the continued dominance of senior Zack Baun.

Baun missed the 2017 season with an injury and started to break out a season ago. Now, only three games into the season, Baun has already bested his sack total from last year and needs only 2.5 more tackles for loss to match the total from his 2018 campaign.

Tied for the team lead in tackles, Baun also leads the team in solo tackles, tackles for loss, sacks and quarterback hits. There’s no question he has been Leonhard’s most valuable defensive player so far this year. 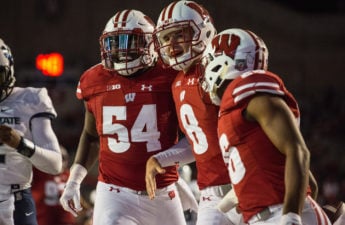 Football: Can defense return to 2017 form following poor 2018?Summer is finally over and the Wisconsin Badgers are back. Back like their dominant 13-1 2017 season? Maybe not completely. Read…

The fourth takeaway from Saturday is Wisconsin’s utter dominance of Michigan on both lines of scrimmage.

One statistic does more than enough to paint the necessary picture of how dominant the Badgers’ defensive and offensive line were throughout the contest:

Wisconsin had 359 rushing yards compared to Michigan’s 40, and they also managed to score five touchdowns on the ground while Michigan scored none via the running game.

That kind of advantage can’t happen by accident. It only comes when there is a total mismatch between the two teams — one holding the ball for the majority of the game and the other unable to ever move the ball on offense or get off the field on defense.

The final takeaway from Saturday is a continuation from the last two weeks: Coan is a bonafide playmaker.

Yes, his passing numbers don’t pop off the page — 13/16 for 128 yards, 0 touchdowns and 0 interceptions — but an 81.3 completion percentage paired with impressive plays running the football are a great sign for Chryst’s offense going forward.

Finally, yet again, literally the only area the Badgers can improve going forward is the kicking game.

Saturday, it didn’t matter because the team had the game won, but in future contests, where the score is closer and field goals are crucial, Larsh will need to be a more dependable option.

Chryst and the Badgers will look to continue their dominance Saturday when they welcome Northwestern.