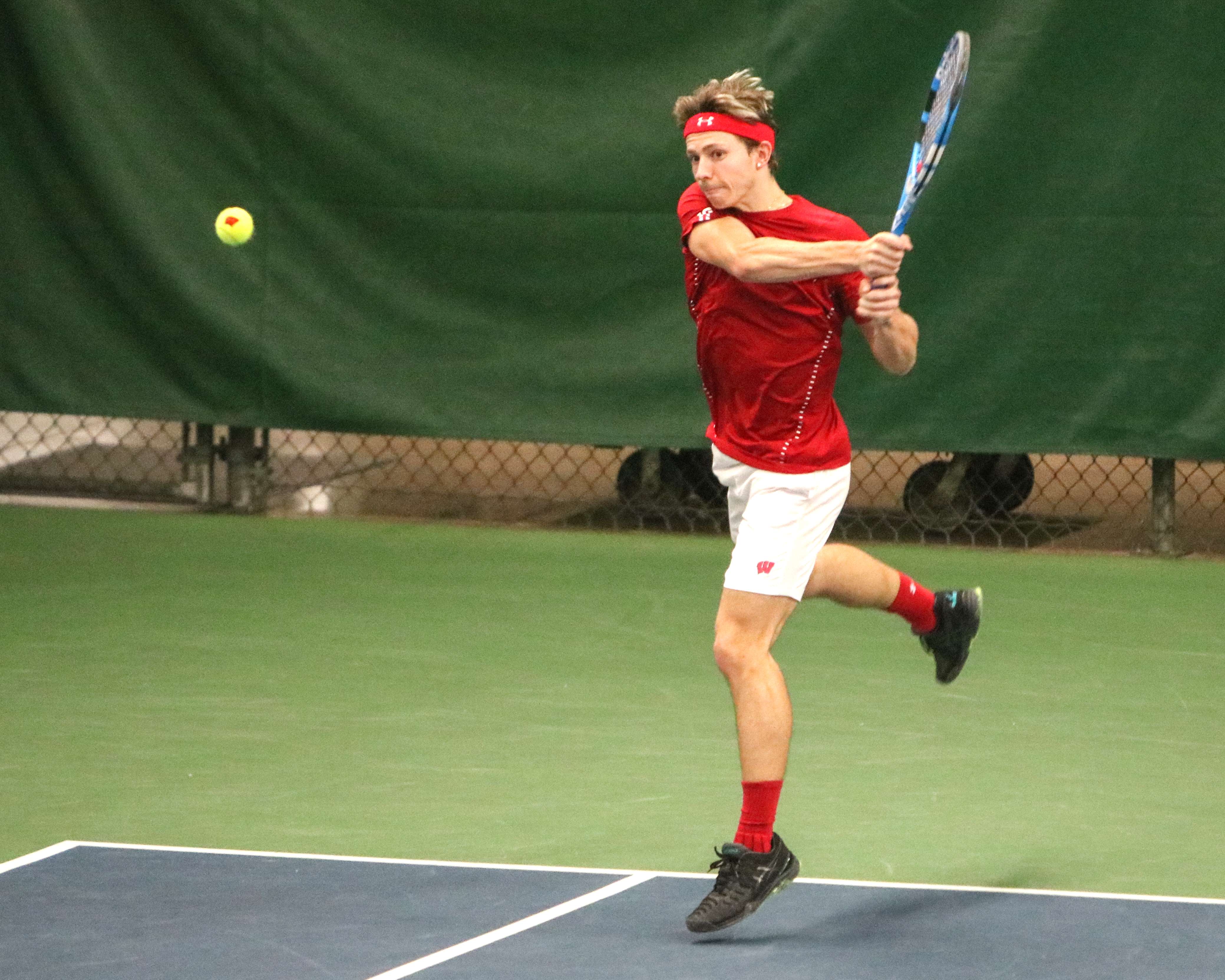 The Buckeyes dominated behind junior JJ Wolf, the highest ranked collegiate player in the nation, who won his match-up with senior Osgar O’Hoisin in straight sets, 6–2 and 7–5. Wisconsin’s lone point came from freshman Jared Pratt, who upset Ohio State’s senior Hunter Tubert, 6–2 and 6–4.

Despite the loss, Wisconsin Head Coach Danny Westerman was pleased with the teams efforts against their highly ranked opponent.

“Ohio State showed why they are No. 1 in the country in tonight’s match,” Westerman said. “I was happy with our fight. There were definitely some moments out there tonight where we played well.”

The Badgers came back out Sunday afternoon to take on the Penn State Nittany Lions at University Park, Pennsylvania. In a déjà vu match, the Badgers again fell 6–1, again scoring their lone point from Pratt, who defeated Penn State freshman Jordan Nickerson in straight sets, 6–4 and 6–4. 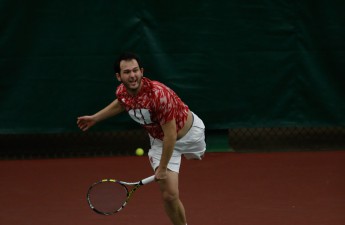 Men’s tennis: Wisconsin takes first round of Big Tens versus Nebraska, Michigan nextThe No. 6 University of Wisconsin men’s tennis team finished off No. 11 Nebraska in dominating fashion with a 4–1 Read…

“We showed a lot of heart out there today but unfortunately Penn State stepped up big in the singles category,” Westerman said of the team’s singles performance.

Wisconsin was also able to earn a doubles win as sophomore Robert Krill and junior Chase Colton put together a solid performance to win 7–5 against juniors Christos Antonopoulos and Christian Lakoseljac.

“Penn State is a very good team,” Westerman said. “They have proven it this year with some tough wins. Every Big Ten Conference road match is going to be tough. We almost came back after being down breaks on all three doubles courts — which was a huge momentum swing.”

With the defeats, Wisconsin has now lost five consecutive matches after beginning the season 6-1.

They’ll look to turn it around this weekend with home matches against the Indiana Hoosiers and the Purdue Boilermakers Friday and Sunday, respectively. Both matches will be played at Nielsen Tennis Stadium.