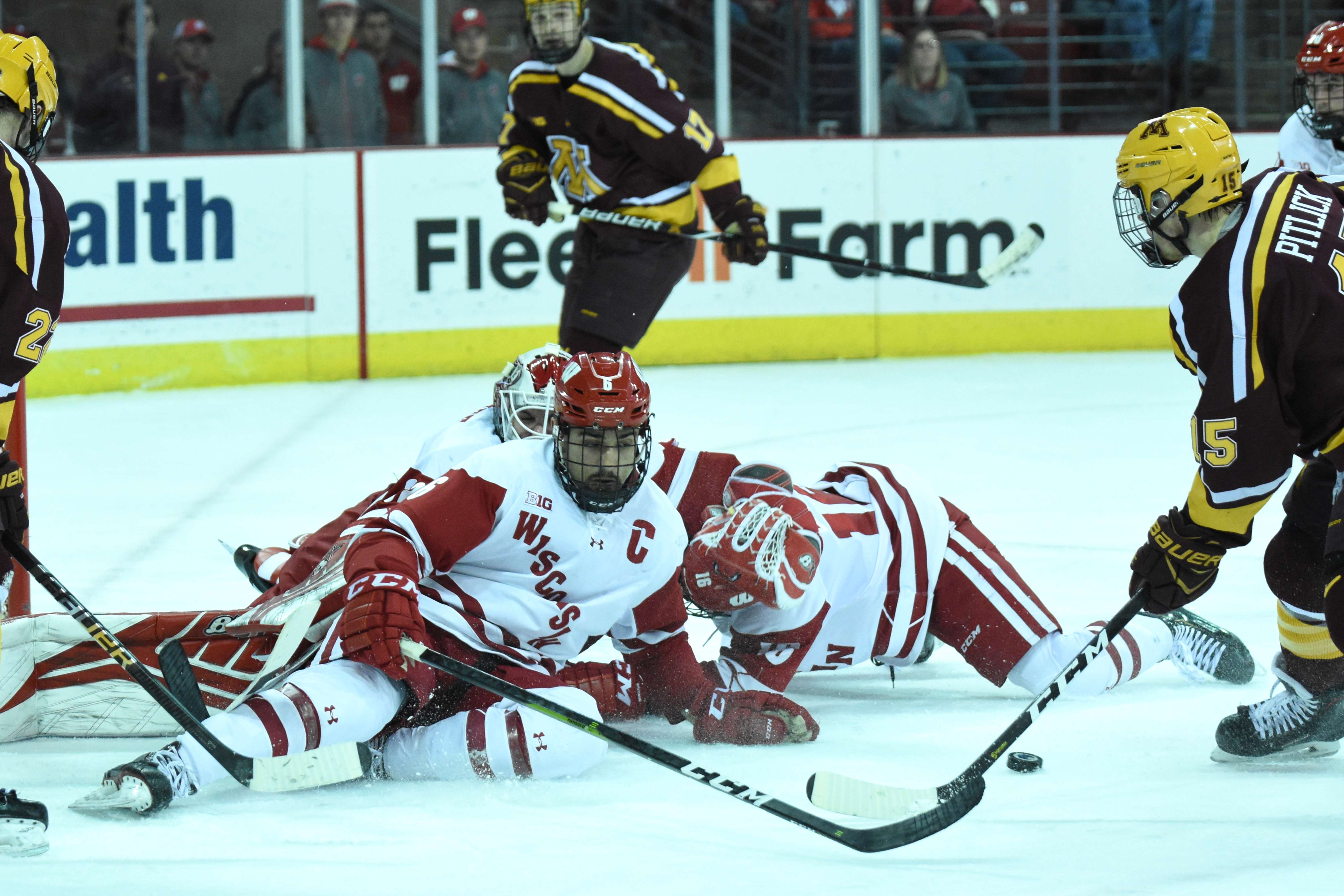 In their first series matchup of the season, the No. 6 The Ohio State Buckeyes (8-3-1, 3-1-0 Big Ten) steamrolled the University of Wisconsin men’s hockey team by a seven to one margin, sweeping them in their two games at Columbus. Friday night the Badgers were shut out 4–0, followed by a 3–1 loss Saturday night.

From the moment the puck dropped in the Value City Arena, the Buckeyes’ experience showed. Early on, both squads showed a lot of patience on the offensive end, neither being able to find a true attack until late in the first period when OSU sent a flurry of shots at UW goalkeeper Daniel Lebedeff.

After receiving a 5-on-4 power play toward the end of the period, Buckeye forward Tanner Laczynski found the back of the net on a quick-hitter with 48 seconds remaining. But they didn’t stop there. With 25 seconds to go, the Buckeyes got another goal when OSU senior forward Brendon Kearney poked in a loose puck to give the Buckeyes a 2–0 lead going into the first intermission. 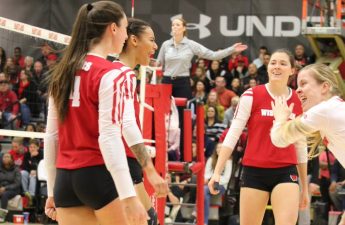 There was more to come in the second period, with both teams playing for smart shots and defensive holds. But Ohio State’s steady pace and experience eventually pushed them through the lines once again with yet another upperclassmen, Mason Jobst, sneaking one past Lebedeff during another Buckeye power play.

Soon afterward, things went south for the Badgers again when Lebedeff had to be replaced because of an apparent head injury as the freshman would not return for the rest of the weekend.

Jack Berry stepped in and held his own, giving up only one goal out of nine shots, but in the end, there was no chance for the Badgers to come back, who went on to fall 4–0.

The game was a little more competitive Saturday night, but the result was much of the same. Wisconsin simply struggled to get things going all series long and it continued into the second game.

Five minutes into the first, OSU forward Quinn Preston knocked one in to kick things off, followed by yet another power-play goal with about 18 minutes remaining by defenseman Gordi Myer.

The Badgers kept trying to catch up, but couldn’t slide anything past OSU goalkeeper Tommy Nappier, who, up to this point, has a whopping 95 percent save rate on the season. 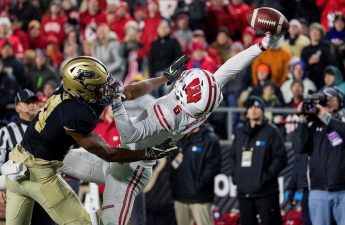 Football: Wisconsin rallies from 14-point, fourth quarter deficit to defeat Purdue in triple-OT thrillerJonathan Taylor rushed for a career-high 321 yards and scored three touchdowns, including a 17-yard game-winner in triple overtime to Read…

Early in the second, OSU found the net yet again, stretching the lead to 3–0 where it became obvious who would emerge from the match victorious.

There was seemingly nothing the Badgers could do to score until Sean Dhooghe got an open look on a rebound from Tarek Baker with 14 minutes left in the contest.

But the comeback just wasn’t to be, as the 3–1 score remained intact until the final horn blew. On the plus side, Dhooghe’s goal did break OSU’s three-game shutout streak, showing that the Buckeyes might not necessarily be invincible in the games to come.

Despite Ohio State’s experience and talent, Wisconsin ended on a high note, and can hopefully carry some of that momentum into Ann Arbor against another formidable opponent in No. 16 Michigan.