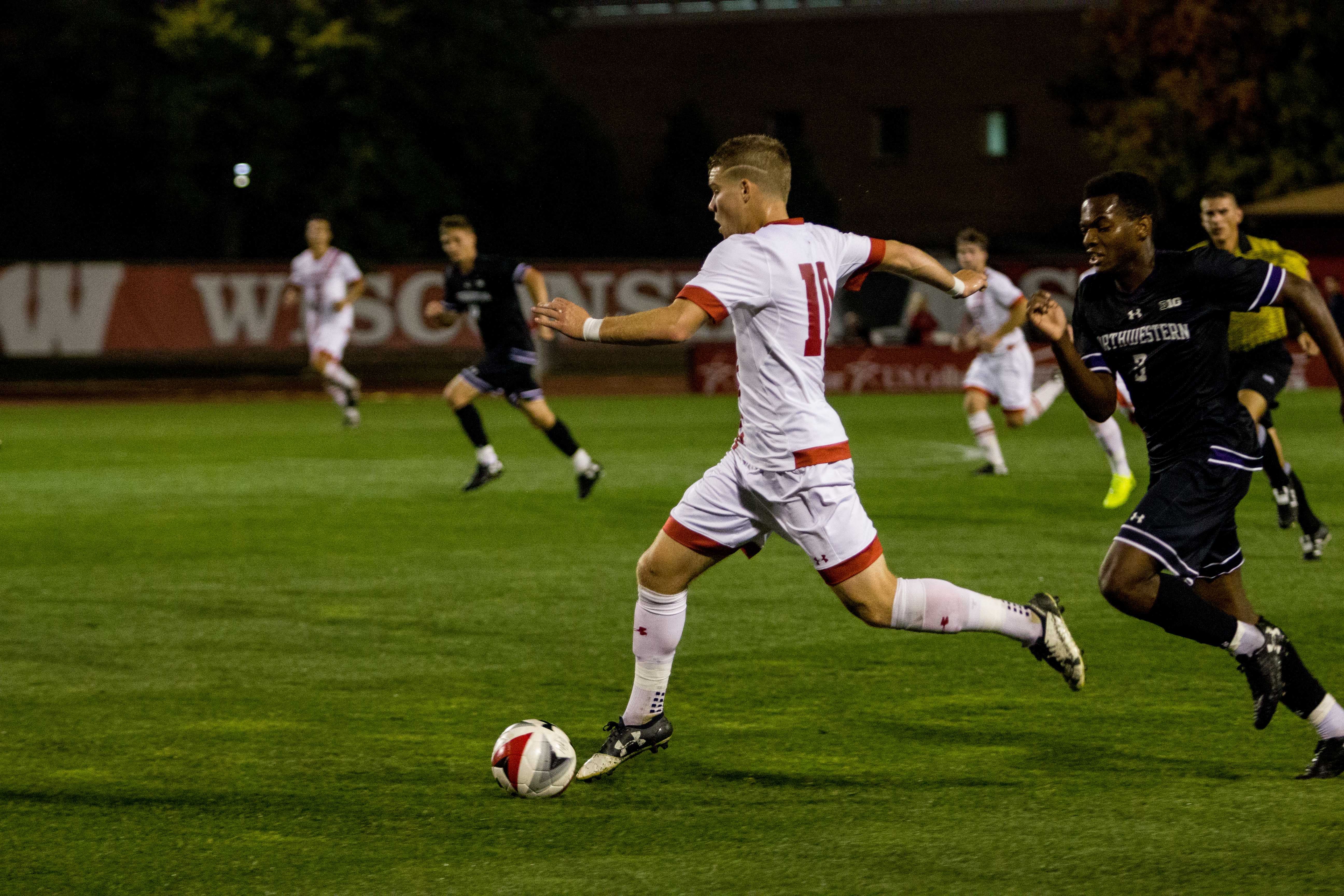 The slippery conditions at the McClimon Complex didn’t slow down the players on offense — both teams combined for 26 shots (14 on goal) and six goals during the match.

The four goals scored by Wisconsin are the most they have managed in any match this season.

In a post-match conversation with UW athletics, Wisconsin head coach John Trask commended his team for their scoring output and ability to play to the dismal conditions. 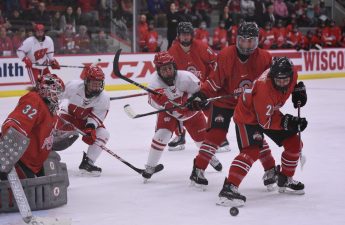 Women’s hockey: Badgers sweep Mercyhurst to continue impressive start to seasonAfter last weekend’s sweep of the Lindenwood Lions at home, the Badgers (4-0-0) looked to continue their success on the Read…

“On a day like today, obviously conditions play a part. Sometimes it’s just about getting the ball down the field and we did that,” Trask said. “We knew it was going to be an absolute battle, but the guys listened to the message and it paid off.”

The scoring began early as junior Robin Olofsson scored his first goal for the Badgers this season with a fifth-minute strike.

The goals would continue to flow for Wisconsin as freshman Noah Melick, in his first start for the Badgers, scored his first goal in Wisconsin colors in the 28th minute. Melick wasn’t done either, as he would add to his tally later in the match with a second goal shortly after halftime.

Freshman and the Badgers’ leading goal-scorer Andrew Akindele also joined the onslaught, scoring shortly after Melick’s second. That was Akindele’s third goal of the season, which accompanies his three assists — also a team high. 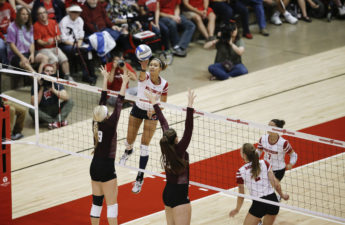 Volleyball: Badgers fall in five sets to underdog HawkeyesThe University of Wisconsin volleyball team fell to the Iowa Hawkeyes 2–3 in Iowa City for their fourth away match Read…

Despite the Badgers’ dominance, Rutgers wouldn’t go down easily. The Scarlet Knight’s Jordan Hall scored a pair, the second of which came in the 84th minute, shaving the Badger lead to just two and boosting his season tally to an impressive nine goals.

“He is one of the best players we have,” Trask said. “I don’t talk about him often, but I wouldn’t trade him for anyone in the conference.”

The Green Bay Phoenix began the season hot, winning five of their first seven matches but have struggled recently — having only been able to secure one victory in their past six outings.

The Badgers will be looking to keep Green Bay out of the win column and continue their good run of form — Wisconsin has not lost the last five matches where the two sides have meet.

The match will be broadcast on BTN Plus and kickoff is scheduled for 7 p.m Wednesday from the McClimon Complex.