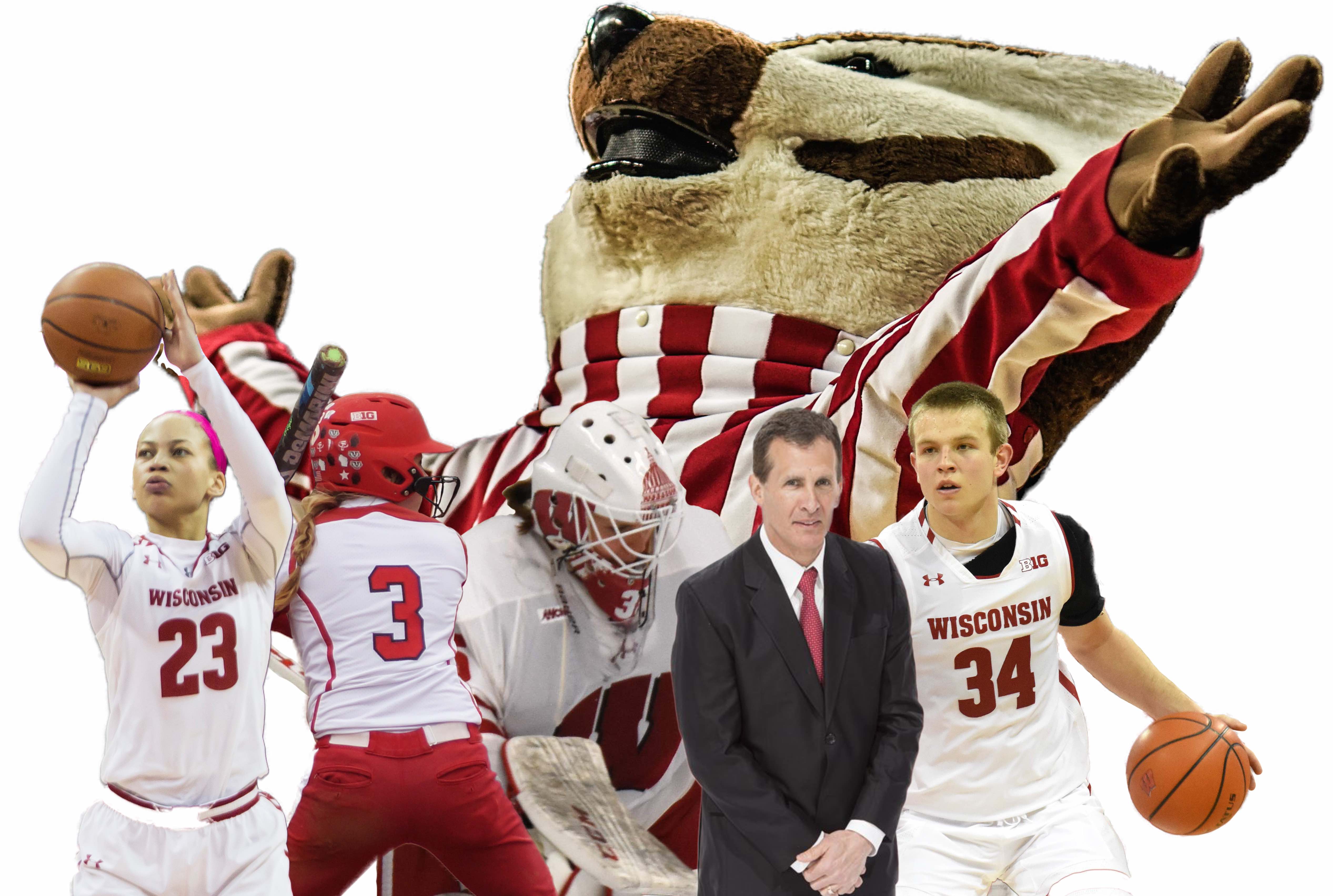 This semester is almost through — I know this because I saw the sun last week and haven’t been to class since. The terrace is open, the lake looks inviting and summer is calling your name. But before we go, we still have some important business to attend to. The semester is not a wrap without some carefully considered reflection, which is why we have decided to look back on the semester and hand out some superlatives.

Most likely to be the star of a Final Four run 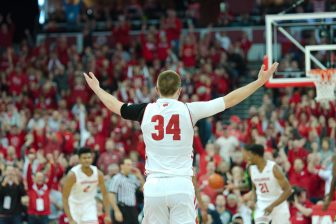 Look, The Badger Herald does great journalism. Objective, fair, yadda yadda — but if we are being straight-up, we are in the bag for Brad Davison. And that’s okay. It’s been printed before and it will be printed again, Davison is too “Wisconsin” not to love. A short, scrappy white guy who plays through injuries and says all the right things off of the court? Sign me up yesterday. Also, if the University of Wisconsin ever runs out of cash I’m sure they could sell Barry Alvarez’ cloning machine for a pretty penny.

But I digress. Performances. Back in February, in the Badgers’ last regular season game, Wisconsin took on No. 2 Michigan State. The Badgers were hot, having beaten No. 6 Purdue just ten days prior.

In the end, the Spartans’ cash-laden line-up was too much for the Badgers. Though the silver lining in the game, the season at large, 2018 in the USA and possibly the next century or so in World History, was, of course, Glad Brad (Nicknames take time).

Davison dropped 30 points and taught the audience watching the nationally televised game a lesson: The step-back jumper will never go out of style. It seems superfluous to mention that all the while Davison’s arm was hanging by a thread and was popping his shoulder back in the way other players tie their shoes, so I won’t mention it.

Thank you for your service! 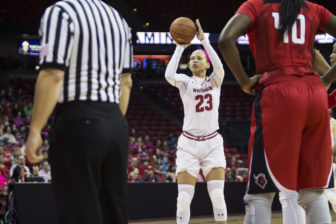 Cayla McMorris is the Joe Thomas of Wisconsin women’s basketball. Maybe not the Joe Thomas many will remember from his days playing as a Badger, but his ten iron-man seasons as the lone bright spot on the dreary Cleveland Browns may put McMorris’ career into perspective.

Not to disparage the Wisconsin program, but they failed to produce a season better than the .500 mark during McMorris’ four-year career. Despite the team’s shortcomings, McMorris —  much like Thomas — soldiered on. Bearing the brunt of the burden, she managed to eclipse the 1,000 point mark this season and will leave Wisconsin as one of the all-time greats. She intends to pursue professional ball overseas. 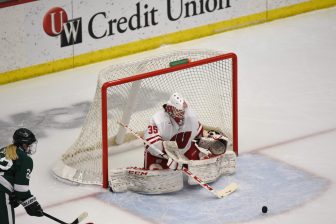 For UW women’s hockey team, it would be an injustice to focus solely on an individual. That’s not the point of this team. Badger hockey is the best program in the country, and has been historical, not because of the individuals (though dominating the Olympics isn’t a bad look), but because of the ‘next woman up’ mentality. Sure they have talent in spades, but so do plenty of other top programs. The thing that makes UW standout on the ice is that you never know who will have the puck on her stick to seal the game. This roster was built to be able to shut teams out one night, then compete in a shoot-out the next night and look equally dominant in both games.

This season was a disappointment — though Wisconsin may be the only program that would call a Frozen Four bid a disappointment — nevertheless, anything less than a National Championship is a bust for a team with the pedigree of the Badgers.

Still, for much of the season, Wisconsin looked like they were playing on another level than their opponents. Looking back on The Badger Herald’s coverage of their 31–5–2–0 Overall, 20–2–2–0 Big Ten record, mostly written by myself, it seems I jumped the gun a bit on the outcome of the season. I decided pretty early on that a National Championship was little more than a few perfunctory games away. How could I not? They had a six-game stretch in the middle of the season where they went 6–0 and outscored their opponents by a 22–2 margin.

Before we move on, it would be criminal to not mention sophomores Abby Roque and Kristen Campbell.

Roque finished the season averaging 1.08 points per game and was No. 12 in the country in assists per game.

Last but not least, Wisconsin owes much of their success to their strategy of just placing a brick wall in front of their goal rather than the traditional goalie. Goaltender Campbell might be allergic to the red light, but we will never know because it never gets lit. Third in goals-against average, fourth in save percentage and first in shut-outs, it is hard to imagine the redshirt sophomore improving at all moving forward, but if she does, the Badgers will have to forfeit in order to lose a game.

Most likely to single-handedly fix relations on the Korean Peninsula 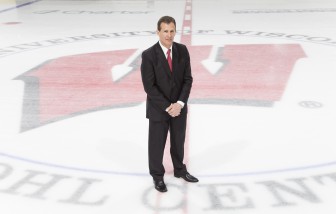 With the leaders of North and South Korea signing a declaration for peace and the possibility of denuclearization on the horizon, it would be obtuse to ignore the obvious: UW men’s hockey coach Tony Granato is a diplomatic genius.

Wisconsin’s own Granato traveled to South Korea this past winter to coach Team USA Hockey during the Olympic Games, and though they fell short of a medal, it was a huge moment for Granato and Wisconsin Hockey.

The Badgers may have finished the season with an unimpressive record of 14–19–3 overall, 8–13–2–1 Big Ten and finished their year on a six-game skid, but there’s reason to be hopeful for the next couple years. Despite graduating leading point-scorer Ryan Wagner, the Badgers have another two seasons ahead of them from leading goal-scorer sophomore Trent Frederic. Their leading assist-man, Wyatt Kalynuk, is only a freshman. Goaltender Jack Berry is a sophomore and will most likely take over the keys moving forward as Kyle Hayton’s eligibility runs out.

Men’s tennis was knocked out of the Big Ten Tournament this past weekend at the hands of No. 13 University of Michigan.

The Badgers had advanced to the second round thanks to a 4–1 rout of Nebraska, but could not overcome the Wolverine’s depth Saturday.

This season was a moderately successful year for the Wisconsin program. It was not up to the bar set by last year’s surprise NCAA Tournament bid, but still they kept their heads above water for an overall record of 14–12, and a respectable 5–6 record in a really tough Big Ten Conference that features three teams ranked in the top 25 (Michigan, Illinois and Ohio State).

The big story from this spring for men’s tennis, however, has got to be the doubles pairing of seniors Chema Carranza and Josef Dodridge.

When the two took the court together, you could be forgiven for mistaking them for the Bryan brothers. They finished the season with a ranking of No. 8 in the country and a record of 27–3 overall and will graduate as one of the best doubles combo Wisconsin has ever produced.

Most likely to be recognized as an elite talent

West Bend, Wisconsin native, former blue-chip prospect and current freshman phenom Lexi Keberle has a bright future ahead of her. And, to be truthful, a bright present as well.

Though she finished the season unranked, in the midst of the Wisconsin women’s tennis season, a season spent more or less on player development, Keberle was at times ranked in the top 100 players nationally.

The team finished the season with a win after a rough seven-game losing streak, but with a young gun like Keberle in the ranks, the Badgers have found their ace for the foreseeable future.

Most likely to still be in the thick of things

The Badgers softball team could care less that we are running wrap-ups of other sport’s seasons. They’re still at it.

On Saturday, they just clinched their first series victory over the Nebraska Cornhuskers in the history of the program. The 11–4 victory was largely thanks to stellar performances from second baseman Kelsey Jenkins and designated hitter Stephanie Lombardo.

It’s no surprise to see that Jenkins contributed in a big way, considering that the senior and two-time All Big Ten selection is batting .400 on the season thus far with 26 RBI’s out of the leadoff spot. On the historic Saturday, Jenkins could do no wrong. She went 3–3 with two runs scored, five RBI’s and two walks. I suppose at this point in the season games like this from Jenkins are little more than common practice.

The other driving source for the Badger victory was Lombardo’s three-run jack. The homer earned the nickname “Slambardo” from Wisconsin Softball’s twitter, and for good reason. The big fly to left center was an early blow that gave the Badgers a 4–0 lead and set the tone for the blow-out to come.

Wisconsin has another series against Northwestern to attend to before their appearance in the Big Ten Tournament, where all eyes will be on them to send off the semester in winning Badger fashion.

This semester certainly did not see the level of success or even excitement as some semester’s past. March was far less mad than usual and The Frozen Four may have melted earlier than we would have hoped, but across the board, Badgers are gearing up to make semesters to come more memorable.