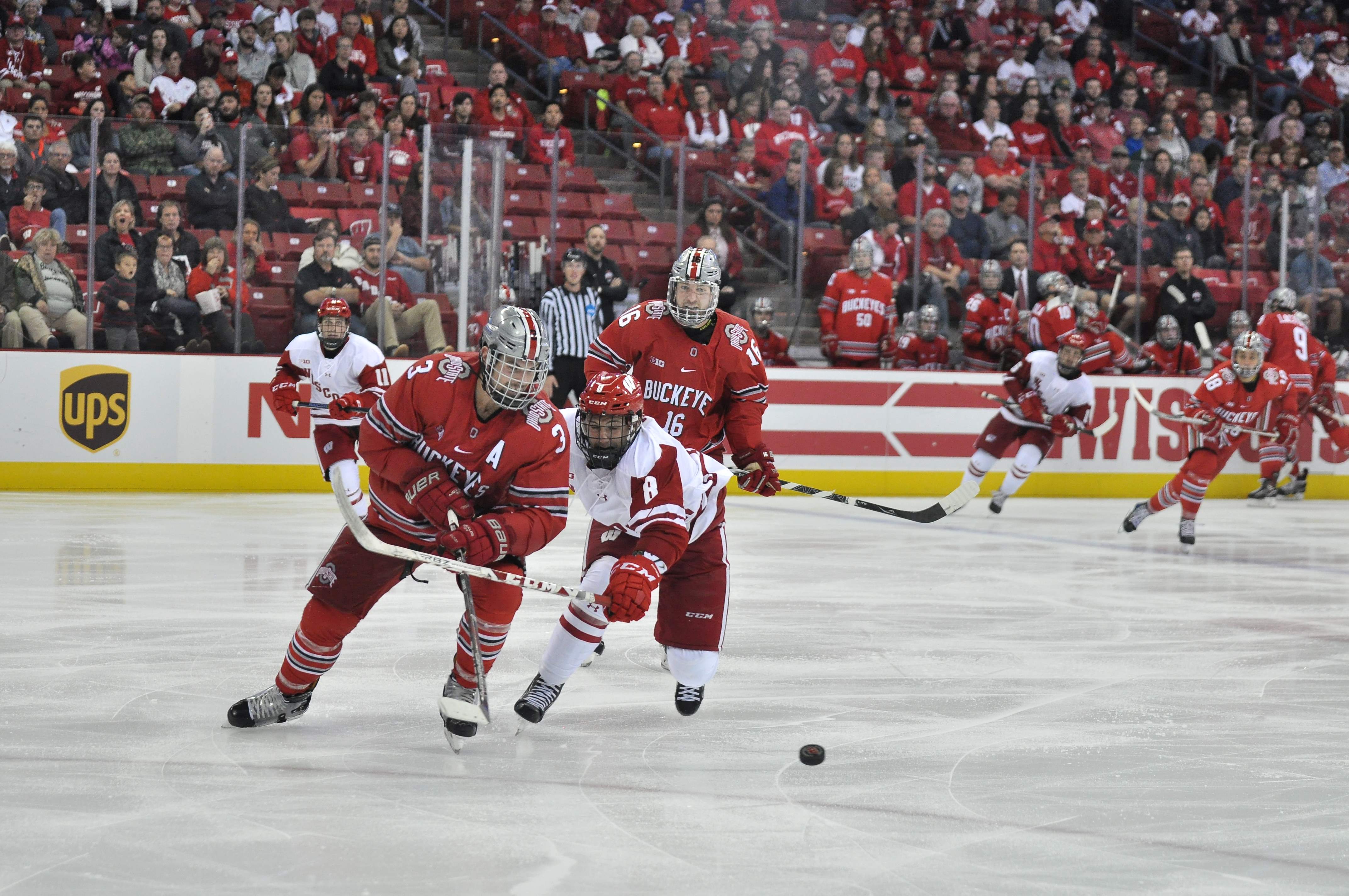 The Wisconsin Men’s Hockey Team enters February riding a three-game winning streak and preparing to face a critical point in their season.

No. 18 Wisconsin currently sits in third place in the Big Ten, behind No. 2 Notre Dame and No. 5 Ohio State University.

This weekend, the Badgers will square off with a No. 20 University of Michigan team that is nipping at their heels in the Big Ten, sitting a place behind and a point back of Wisconsin in the standings.

Wisconsin comes into the two-game series in Ann Arbor with memories of a mixed-bag November weekend in Madison against Michigan, in which the Badgers won a decisive 7-3 victory in the Friday contest, but let Saturday night’s game get away from them in a shoot-out. 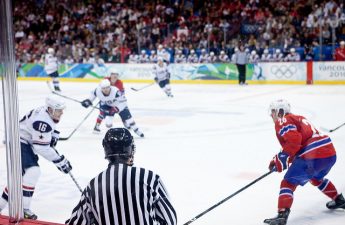 Michigan will be hungry for a win after a rough weekend in Columbus where they fell short in two-straight games against Ohio State.

Across the board, Wisconsin seems to have strong numbers backing their performance. They outscore their opponents by 0.3 goals per game, average a 4.7 shot-differential per game and hold their opponents to a 17.2 percent clip on the power play.

While those statistics are promising, there is an area the Badgers struggle with, which left unchecked, could be their downfall — face-offs. 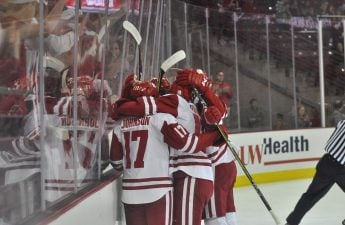 Men’s Hockey: Badgers shut out Notre Dame, avoid season sweepWisconsin Men’s Hockey Team has gone through a rough patch as of late. After a disappointing series against Penn State Read…

This season, Wisconsin has underperformed in the face-off circle and they’ve won 109 less than their opposition. This hurts a team over the course of a season, allowing for opposing offenses to have high time of possession and wear down the Badger defense.

Michigan is slightly better than average on the face-off, though that could translate into serious gains in possession time if Wisconsin cannot plug that hole in their game.

Players to watch for

With 26 on the season, senior forward Ryan Wagner leads the Cardinal and White in points and is in a three-way tie for second on the team in goals (10). In the last two games against Penn State, Wagner has put up two points a piece in each.

Wagner will certainly look to extend his three-game point streak against Michigan this weekend.

Granato takes Badger-less roster to South KoreaFor the first time since 1972, the U.S. Olympic Hockey team will head to the Olympics without any former or Read…

Michigan has relied heavily on their playmaking forward Cooper Marody this season. Marody had a monster stretch earlier this year — in eight games late October and early November, Marody averaged 2.375 points per game. During that span he had at least two points in every game and three games in which he put up three points.

Lucky for Wisconsin, Marody seems to have gone cold lately. Marody hasn’t recorded an assist in five games, though he has scored two goals over that time.

The Badgers will try to stop Marody from getting back on track this series in Ann Arbor.

Puck drop is 6.30 p.m. Friday and Saturday night between the two conference foes for their last meeting of the season.