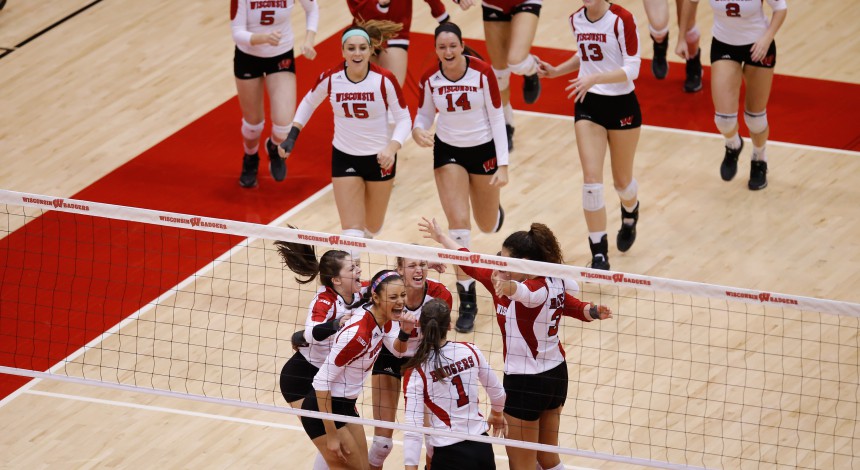 The Big Ten season is not getting any easier for the No. 7 Wisconsin Badgers. After traveling for only the second time this season, the Badgers split their matches for the weekend. They swept the Iowa Hawkeyes but fell to then No. 8 Nebraska in a five-set heartbreaker in front of a sold-out crowd in the Bob Devaney Center.

This week the University of Wisconsin volleyball team has a quick turnaround in between their busy weekend and this week’s matches. On Wednesday, Border Battle rival, No. 6 Minnesota comes to the Field House for the white out game.

Minnesota is in a similar boat as Wisconsin. Each of the first two weekends of Big Ten play they have split with opponents. This past weekend, they also swept the Hawkeyes, but fell to Nebraska in three sets.

Minnesota lost some of their key players from their successful back to back final four runs in the 2015 and 2016 seasons. But they still have junior All-American setter Samantha Seliger-Swenson who ranks first in the Big Ten with 12.22 assists per set.

The Minnesota defense is led by senior Libero Dalianliz Rosado who ranks third in the Big Ten with 4.43 digs per set. The saying “defense wins championships” applies here as Rosado is doing everything in her power to make sure the Golden Gophers have a shot at the national championship in her final season. Minnesota has beaten the Badgers the last four go arounds, so the Badgers will be eager to try and stop the bleeding in front of a supportive Field House crowd.

Wisconsin then has a few days to prepare for Michigan State in East Lansing on Sunday. The two teams squared off in the Field House for each of their conference season openers, and the Badgers fell 3-2.

Ultimately, Michigan State’s experience came into play. The Spartans start six seniors, compared to Wisconsin’s two seniors, outside hitters Lauryn Gillis and Kelli Bates. The Badgers also start two freshmen, setter Sydney Hilley and middle blocker Dana Rettke. The past two weeks of conference play have been a time of learning for the young Badger team, and it will be interesting to see how they respond. Michigan State will be the Badgers first repeat team of the season.

Every week offers a new opportunity for the Badgers to improve on and learn from past mistakes. Their next two matches are not easy ones, but then again, no game is easy in the Big Ten.