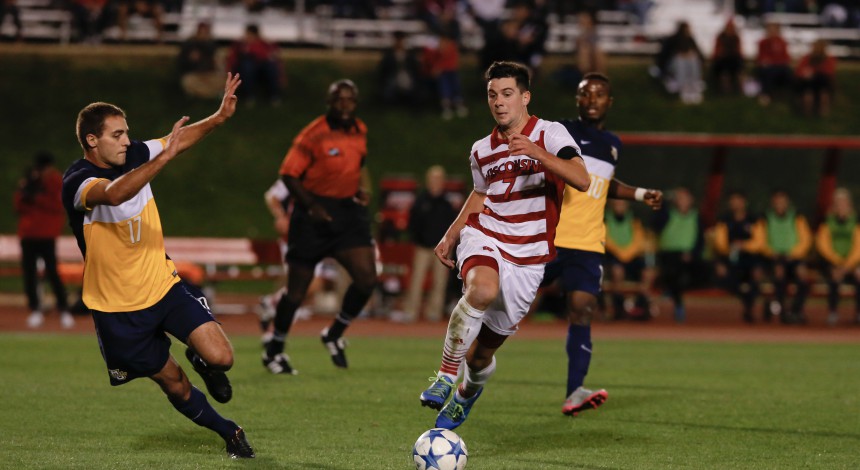 The University of Wisconsin men’s soccer team will take on the Marquette Golden Eagles in an in-state battle between two teams trending in opposite directions at the McClimon Complex Wednesday night. Starting the first of their four-game home stand, the Badgers look to continue their recent success, winning five out of their previous six competitions.

Coming back from a one-goal deficit in both of their previous victories, Wisconsin looks to start the game off fast, not wanting to test their comeback abilities for a third straight game. Meanwhile, the Golden Eagles have been struggling, winning only a single game over the entirety of the season.

If the Badgers win this Wednesday, their home game lossless streak will reach 18.  Forwards Mike Catalano and Chris Mueller will look to further their momentum, both scoring a goal in their previous match against Rutgers, with the latter tallying four points total.

These two teams have a long history, as their first game dates back to 1977. In their latest grudge match, the Badgers edged out the Golden Eagles 1-0 in 2016.

“Hospital Night” will be held at the game to give thanks to UW Hospital employees for their work and dedication. They will receive free admission to the game by showing their hospital ID.

With the season’s end just around the corner, every game counts. After Marquette, the Badgers look ahead to Saturday where they will meet Big Ten rival Michigan State. Only two points behind Big Ten leader, Maryland, the Badgers cannot afford to drop a point this deep into the season. On October 13th, the Badgers take on the Terrapins on national television.

The Marquette and Michigan State games will be broadcasted on BTN Plus.