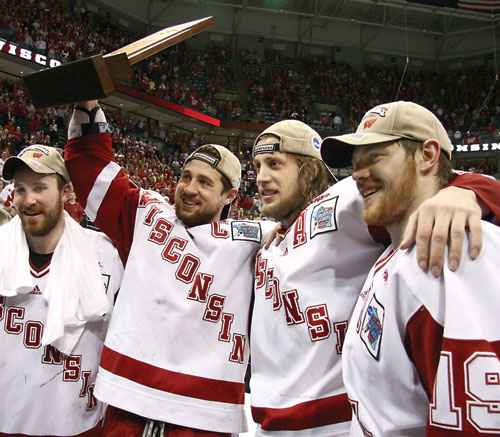 With the NHL Playoffs beginning last weekend, it can be hard to know who to root for.

Maybe your team didn’t make it, or maybe you’ve never watched hockey before.

Either way, here are some former University of Wisconsin men’s hockey players you can cheer for who are currently competing in the 2017 NHL Playoffs.

Jake Gardiner played for UW from 2008-11 alongside current assistant head coach Mark Osiecki and fellow NHL defensemen Ryan McDonagh. The Maple Leafs are tied up with the Washington Capitals at 2-2.

Ryan Suter has been gaining quite the name for himself since leaving Wisconsin back in 2004. Suter has made a grand total of 10 playoff appearances, and is becoming one of the best defensemen in the league. The Wild sit down 0-3 to their Central Division foes the St. Louis Blues this playoff season.

The current captain of the Rangers spent a grand total of three years with Wisconsin back in 2007. The Minnesota native has currently obtained 42 points (six goals, 36 assists) so far this season. The Rangers are hoping to knock out the Montreal Canadians during the first round of the playoffs, sitting at a 2-2 tie.

A native to Madison and a Badger from 2009-11, Craig Smith is one of the more recent Badgers to join the NHL. Smith left college after two years to join the Predators organization, and has been playing for Nashville ever since. Smith and the Predators are up 3-2 on the Chicago Blackhawks in the first round.

Brian Elliott is a two-time all-star in the NHL with some serious skill. Elliott helped UW earn their sixth national title back in 2006. Since his time at UW, Elliott has played with the Ottawa Senators, the Colorado Avalanche and the St. Louis Blues. Elliott and the Flames are currently down 0-3 to the Anaheim Ducks for one of two Pacific Division spots.

Big things have happened since Justin Schultz left Wisconsin in 2012. For starters, Schultz took quite the risk and deferred his last year of eligibility with the Badgers to become a free agent. That risk paid off because in 2015 Schultz was traded to the Pittsburg Penguins, who would win the Stanley Cup later that year. Shultz and the Penguins continue to defend their Stanley Cup reign, starting with the Columbus Blue Jackets and up 3-1.

This Canadian native has been making waves since leaving the Badgers in 2010. Originally a player for the Detroit Red Wings, Brendan Smith was traded to the Rangers in 2014, where he would join former teammate Ryan McDonagh. The two Wisconsin alums will help defend the Rangers blue line against the Canadians. 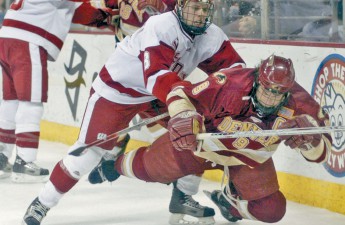 Corcoran: Wisconsin hockey has far-reaching influenceAround this time of year, as the playoffs begin for the NBA and NHL, the age-old debate of which postseason Read…

Even though Kyle Turris spent one year with the Badgers, he still managed to net an impressive 35 points (11 goals, 24 assists). Turris spent some time with the Arizona Coyotes (formerly the Phoenix Coyotes) before heading to Ottawa. Turris and the Senators lead the Boston Bruins 2-1 in the first round of the playoffs this year.

Joe Pavelski has probably been one of the most successful products of Wisconsin men’s hockey. Not only did he help the Badgers win a national championship back in 2006, he has since gone on to win an Olympic silver medal and helped lead the Sharks to their first Stanley Cup final in 2016. Pavelski begins this playoff season, tied 2-2 with the Sharks against the Edmonton Oilers.

Derek Stepan is the third former Badger/current Ranger on this list. Stepan played for Wisconsin from 2008-10 before leaving to join McDonagh and B. Smith in New York. In the six playoff seasons he has been in since joining the Rangers, Stepan has managed to score 43 points (17 goals, 26 assists) for New York. Alongside his fellow Wisconsinites, Stepan looks to continue to add to those totals against the Montreal Canadiens.