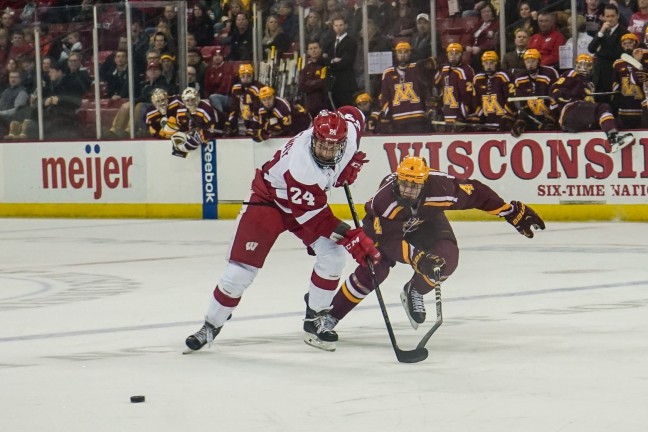 The University of Wisconsin looks to add a rivalry win over the No. 7 Gophers and their high-powered offense to its list of 2016 improvements as the border battle returns to Madison this weekend.

Wisconsin got off to a strong start in 2017 after back-to-back, 5-1 victories over Michigan State University at the Kohl Center in the team’s first action since returning from winter hiatus. The Badger offense’s potency has continued since December too, putting up nearly 36 shots per game and netting the nation’s sixth best 3.61 goals per game.

Senior forward Grant Besse has been leading the charge for the Badgers with 11 points in the past eight games, and leads all Badgers in the points column with 22. The senior has fared well against the Gophers in the past, putting up 12 points in his nine previous matchups. 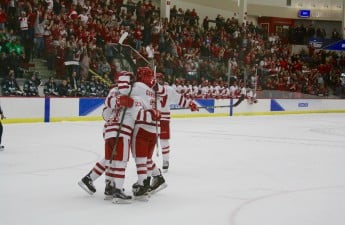 Across the ice, Minnesota senior forward and captain Justin Kloos has led his team to a six-game tear, including sweeps over Big Ten rivals Michigan and Michigan State. Kloos has scored 11 points during the streak and now shares the fourth spot on the Big Ten points leaderboard.

Offense will be at a premium this weekend and so will the energy as these lifetime rivals square off for the first time this year.

“It’s the Gophers, to a lot of us it’s like playing a Stanley Cup playoff game,” Granato said. “These are games when the schedule comes out you circle them.”

Emotions will be running high as the players take the ice in pursuit of victories that have the potential to decide the geography atop the Big Ten conference. 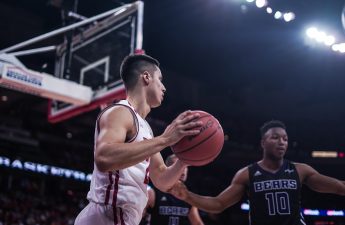 Staying levelheaded could be the difference for a young Badger team eager to prove themselves against one of the top teams in both the conference and the nation.

This weekend’s border battle is shaping up to be a shootout between two of the biggest rivals in college hockey. The Kohl Center will be electric as the Gophers come to Madison to battle it out for a spot atop the Big Ten conference.

While the Gophers enter the weekend in first place at 5-1 in conference play, a sweep by the 3-1 Badgers would lift Wisconsin to the top of the current Big Ten table.

The first puck drops at 7 p.m. Friday night and then again at 5 p.m. Saturday at the Kohl Center.