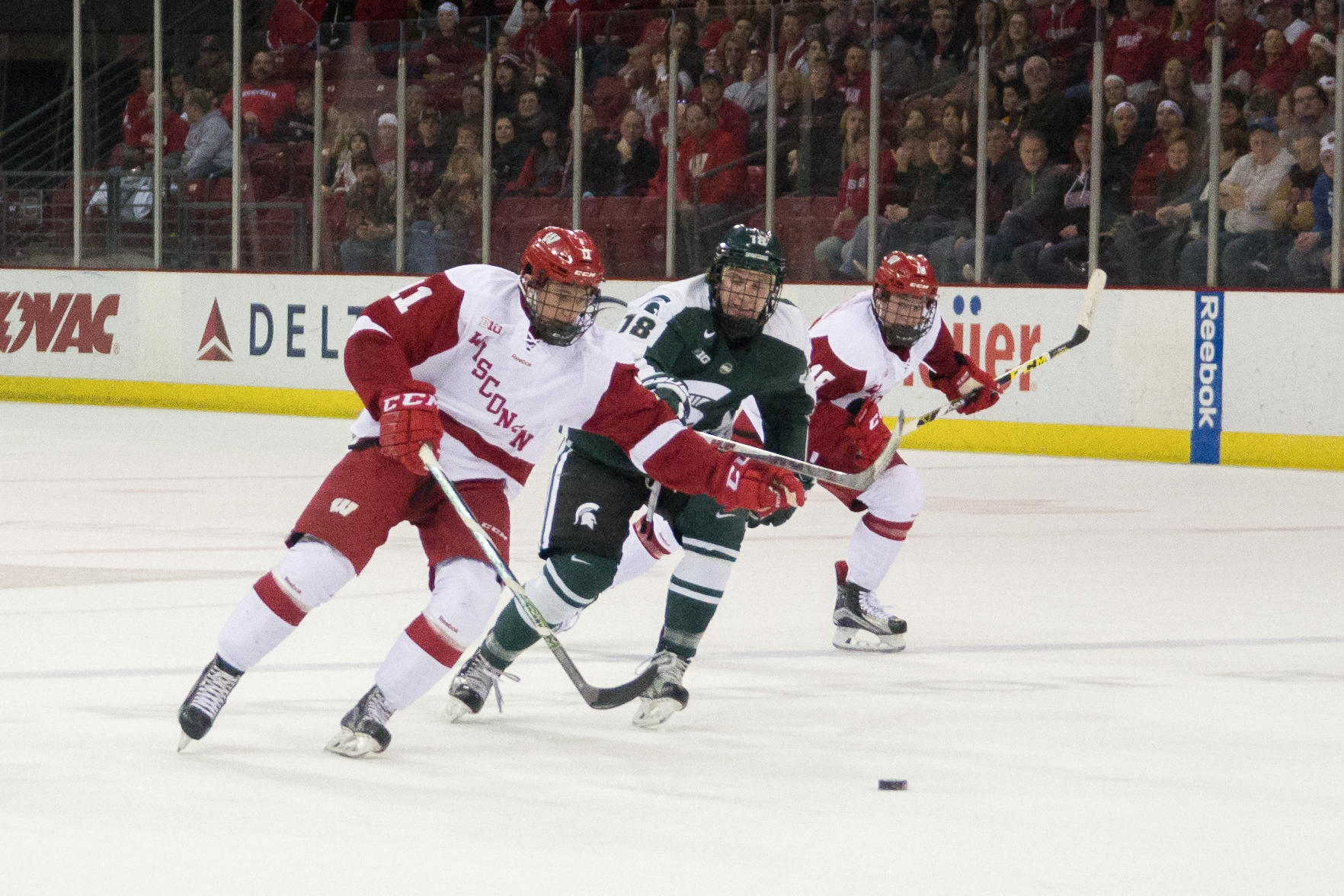 The University of Wisconsin men’s hockey team impressed in upstate New York this weekend, sweeping their two-game weekend against No. 18 St. Lawrence and Clarkson.

The Badgers (4-2, 0-0 Big Ten) continued to dazzle on the offensive end, as they netted five goals in victories over two strong ECAC opponents. The 10 goals in the two games brought Wisconsin’s average to just over 4.3 goals per-game, which is fourth best in the nation at this point in the season.

Wisconsin started their weekend with 5-2 upset win over St. Lawrence Friday night, scoring three goals in the third period to secure their first true road win on the year.

The Saints took the lead in the first period, but the Badgers fought back with two goals in the second period. The teams went into the third period deadlocked at two, where Wisconsin’s special teams units prevailed.

UW broke the tie on a short-handed goal from freshman Trent Frederic, who continued his impactful play after being named one of the Big Ten stars of the week the week before. The Badgers extended their lead to two with a power-play goal from Ryan Wagner, and held onto it until captain Luke Kunin netted his second goal of the game, an empty-net goal with 13 seconds left to seal the three goal victory.

The Badgers followed up their win with another impressive performance against a capable Clarkson team. Thanks to five goals from five different players, Wisconsin came away with their second victory on the road in upstate New York.

UW scored in each period on its way to a 5-4 win against the Golden Knights. The Badgers opened the scoring in the first period, notching two goals in less than a minute to jump out to an early and dominant 2-0 lead. Clarkson clawed back to tie the game at two, but goals from a pair of junior defensemen, Corbin McGuire and Cullen Hurley, put the Badgers back up by two.

Hurley’s quick third period goal put Wisconsin up 5-3, a lead they wouldn’t surrender the rest of the way, despite allowing the Golden Knights to add a late goal to finalize it at 5-4.

The two-game sweep on the road was the first for the Badgers since 2014. 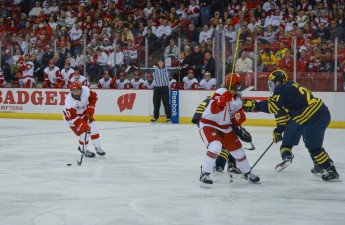 Men’s hockey: Badgers hit the road to New York for matchups with No. 18 St. Lawrence and ClarksonThe University of Wisconsin men’s hockey team takes their season out East this weekend as they head to upstate New York Read…

The Badgers return to the Kohl Center next weekend for a two-game series rematch against Northern Michigan, who they split games with in the season opener in Green Bay. The series will take place Friday and Saturday, with both games set for 7 p.m.