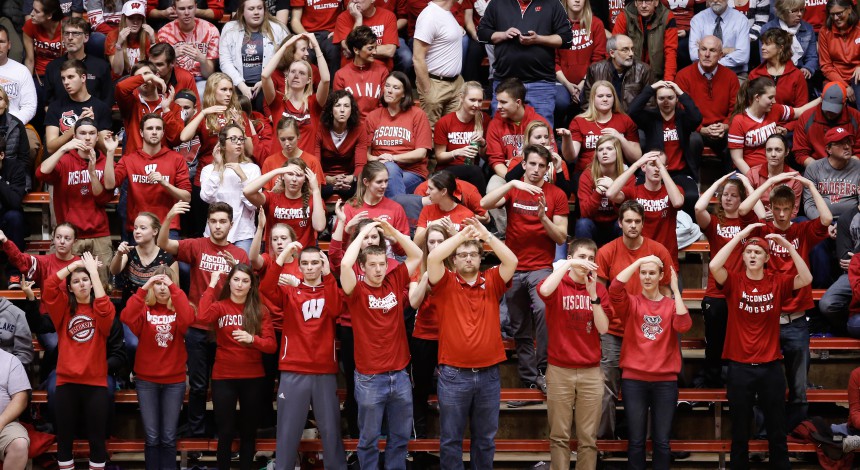 Upperclass students sit in the front row leading the student section cheer for their team. Wisconsin played against Oregon on Dec. 23, 2015 in the NCAA Division One Women's Volleyball Championship at Madison, WI.
Jason Chan/The Badger Herald

The newly crowned No. 1 University of Wisconsin volleyball team is looking to defend their the top spot in the country as they host border rival No. 3 University of Minnesota Wednesday night.

UW enters the game riding a nine-game winning streak and boasts a perfect conference record that has earned them the sole lead in the Big Ten standings. 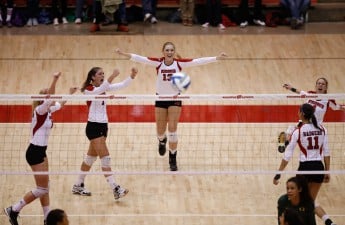 Volleyball: Wisconsin players battle through injuries to continue winningThe University of Wisconsin women’s volleyball team continued their winning ways this weekend with a pair of road victories over Read…

The No. 3 ranked Gophers are the second highest ranked opponent that the Badgers will have seen this season, coming in behind then-No. 2 Texas with UW’s 3-2 comeback win over the Longhorns in Austin three weeks ago.

A win over Minnesota would give the Badgers some breathing room atop the Big Ten and separate them from the rest of the country as the undisputed No. 1 — not just as consolation after then-No. 1 Minnesota’s recent loss.

The Gophers, on the other hand, are hoping to rebound and steal one from the Badgers after losing 3-2 on the road to No. 10 Penn State last week and falling two spots from their previous No. 1 ranking.

Before dropping a game to the Nittany Lions, the U of M was on an 11-game winning streak, during which they dominated the only team UW has lost to: then-No. 11 North Carolina 3-1.

Outside of the pride that comes with beating a border rival on the road, the matchup with the Badgers will probably be the biggest opportunity for the Gophers to reassert themselves as the best team in college volleyball.

Wisconsin is perfect at home this season sitting 5-0 and will look to uphold both its unblemished record and No. 1 ranking against rival Minnesota in the highest-ranked matchup in college volleyball to date this season. Holding up the theme of this season for the Badgers, there will be little time to rest before a matchup at No. 23 University of Michigan only three days after Minnesota.

Wisconsin is favored on paper, but will be more than tested against a familiar foe that looks to avenge a recent conference loss and return to the top of both the Big Ten and the national polls.

The game begins Wednesday night at 8 p.m. at the UW Field House with live coverage airing on the Big Ten Network.