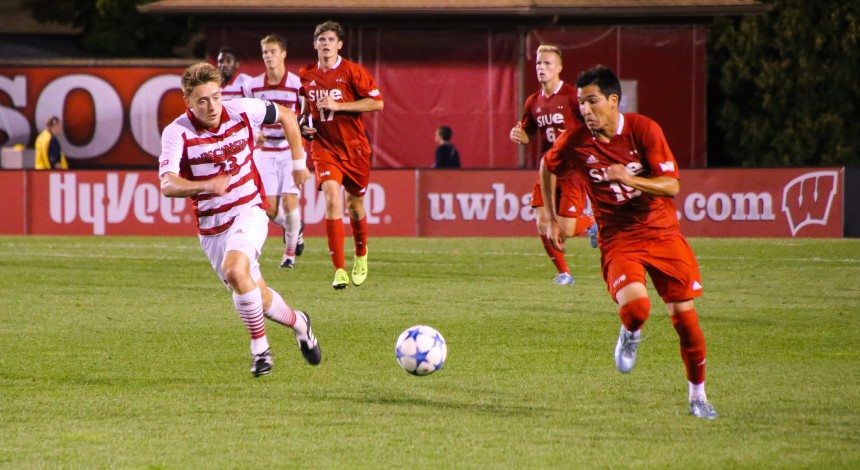 The University of Wisconsin men’s soccer team won their second game in a row Saturday as they defeated the Rutgers Scarlet Knights (0-8-1, 0-4-1 Big Ten) 1-0 at home.

The Badgers have now won four of their last five games and are tied with last season’s win total of five after only eight games, an impressive feat considering the unanimously low expectations for the squad this year.

The Badgers (5-2-1, 3-1-0 Big Ten) scored the first and only goal of the game in the 35th minute. Junior middle forward Mike Catalano had a great run to the goal, cruised past his defender and finally dished it off to sophomore defenseman Sam Brotherton, who finished off the play with an emphatic strike straight to the back of the net. It was Brotherton’s first goal and Catalano’s second assist of the year.

Brotherton was recently called up to the New Zealand national team and will play in two international games against Mexico and the United States next week. The breakout sophomore will look to make an impact on the global stage in hopes of eventually playing in the world cup.

Following the goal, the game transitioned into a defensive battle, with the Badgers outlasting the aggressive Scarlet Knights. Wisconsin continued their early dominance and played great defense the whole game, captained by Badger goalie Phillip Schilling, who tallied three saves in his third shutout of the season. Behind the strong defensive play, the Badgers also kept offensive pressure on the Rutgers’ defenders and were able to close out the close win.

Despite the dominant play of Wisconsin, both teams ended the game with 13 shots. The Badgers finished with seven shots on goal and the Scarlet Knights with only three. Both teams committed 14 fouls, but Wisconsin was called for five offside calls to Rutger’s zero.

The Badgers extended their perfect home record this year to four and handed the Scarlet Knights their eighth lost of the year. 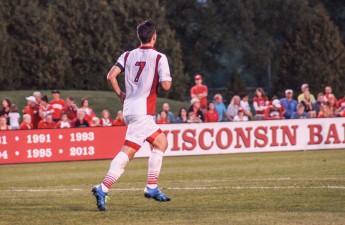 With the win, UW’s record is enough to put it at third place in the Big Ten, tied with second place Michigan State and only one game behind conference leader, Maryland.

The last time Wisconsin won the Big Ten was in 1995, en route to the program’s only National Championship. The Badgers proceeded to go on an 18-year drought, winning their second in 2013.

Wisconsin continues their impressive start to the season against rival Marquette in Milwaukee on Wednesday at 7 p.m.