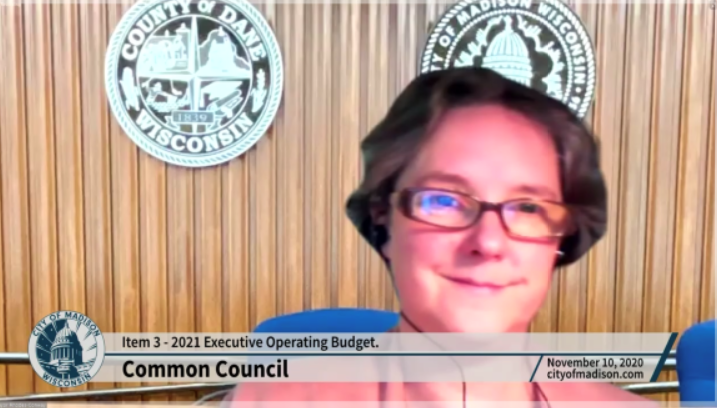 Registrants from the public testified almost exclusively on the amendments relating to the Madison Police Department’s budget, though some testified in opposition to a mandatory furlough proposed by Mayor Satya Rhodes-Conway.

The initially proposed budget set police funding at $88.4 million — a total that could be affected by the various proposed amendments to the budget. Public testimonies centered on Amendment 10, proposed by the Alders Barbara Harrington-McKinney, District 1, and Zachary Henak, District 10, that would allow MPD to partially accept a $1.25 million federal COPS grant.

According to a blog post by MPD Chief Vic Wahl, the amendment would allow MPD to partially use the grant to fund four officer positions currently slated for elimination. The blog post said though the proposed budget reflects an increase from the current year, due to rising costs the department would need a budget increase to maintain current staffing and service, so the current budget actually reflects $1.25 million in cuts from the department.

Registrant Bianca Tomasini spoke in opposition to the amendment.

“I am against amendment 10 and in general against adding more police to Madison streets,” Tomasini said. “Study after study shows that police will not reduce crime.”

While many registrants echoed Tomasini’s sentiments, others spoke in favor of the amendment. 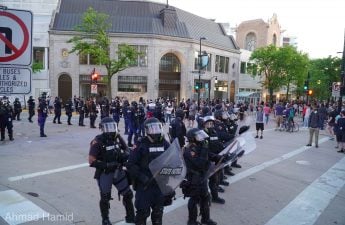 “I want to adequately staff the police force, which I feel is just an absolute essential to a safe community — especially for the vulnerable among us,” Broadman said. “There’s an alarming increase in the number of shootings and car thefts and home invasions, and discussion of cutting $1.25 million in police budget is pretty alarming to me.”

At the five hours and 40-minute mark, the meeting was recessed. Deliberations will continue at 5:30 p.m. on Wednesday.