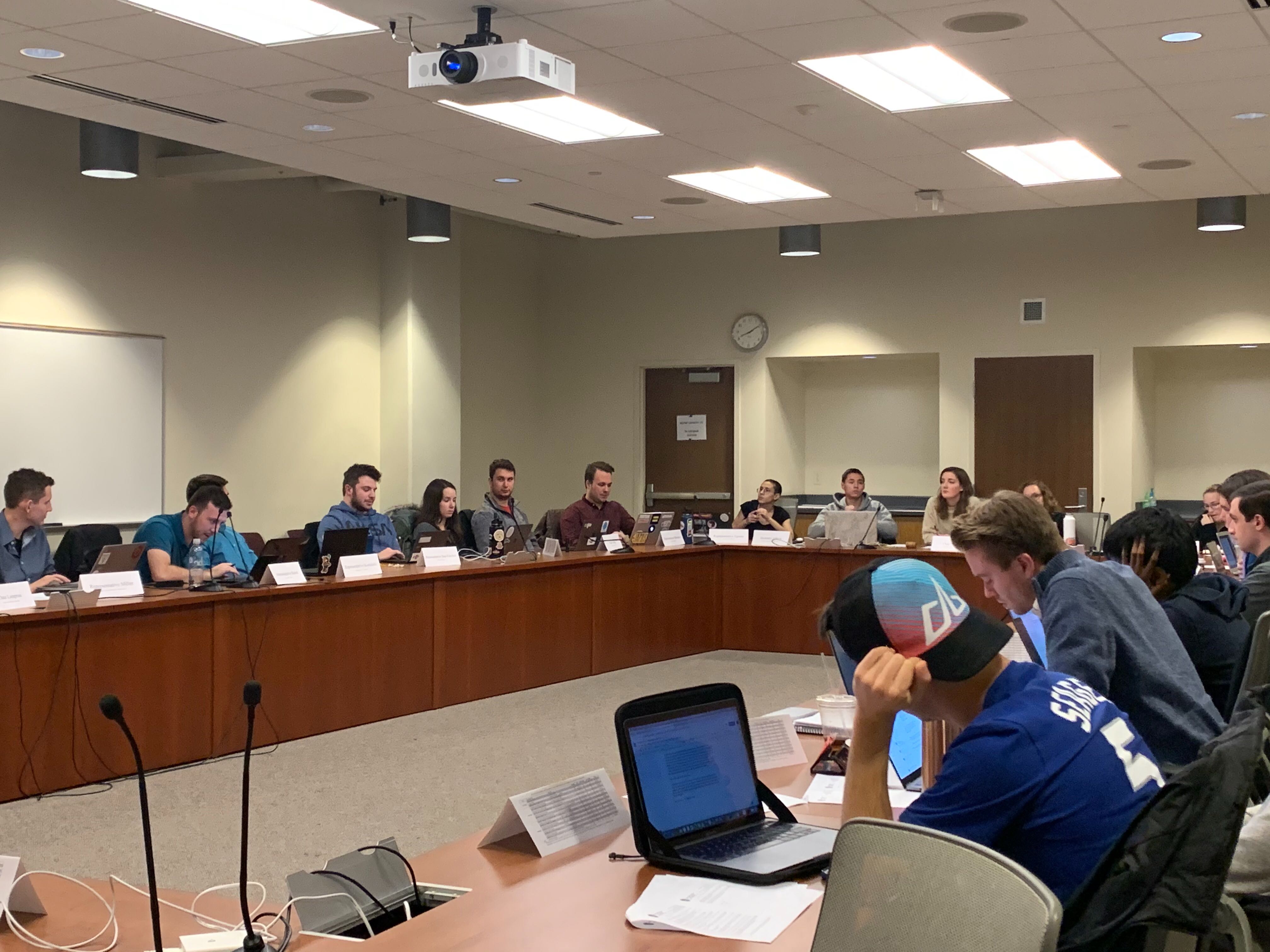 The Associate Students of Madison invited the Dean of the College of Engineering Ian M. Robertson to its meeting Wednesday to address the 2016 suicide of a graduate engineering student John Brady, who worked for several years in the “toxic” environment of professor Akbar Sayeed’s research lab.

Robertson addressed the issue and spoke about actions the College of Engineering has taken so far, as well as efforts to prevent similar incidents from happening.

Robertson said the college has commissioned the Women in Science and Engineering Leadership Institute to help develop special bias and hostile behavior training for the faculty. So far, 86% of the engineering faculty have taken the training, and the remaining 14% who did not complete the training yet are not eligible for any awards or recognitions from the College of Engineering, Robertson said.

Robertson said 40% of the College of Engineering staff has also completed the staff-level training.

WISELI also helped to develop a pilot program for undergraduate students within the College of Engineering. The program was designed with similar goals and has had 300 participants so far, and the administration hopes to have the program in place for the incoming class in 2020, Robertson said.

Sayeed will be returning to campus in January, 2020 after his two-year suspension, a disciplinary action taken by the university. Robertson said Sayeed will not be teaching in the classroom or working directly with students. Instead, Sayeed will work in the Dean’s office with only administrative duties and will not interact with visitors or faculty members, Robertson said.

Several UW students expressed concern about why Sayeed was allowed back on campus and whether the decision was motivated by financial incentive.

“It [has] nothing to do with resources he’s brought to the university. It’s not because of his scholarship,” Robertson said. “[That] type of behavior should not be tolerated, will not be tolerated. The authority of disciplining a faculty member rests in the Office of the Provost. It’s the Provost’s decision, not mine. In this case, it was a two-year suspension. If he’s suspended, he is permitted to come back to campus.”

ASM also discussed the Teaching Assistants’ Association, which asked ASM for support as they campaigned for new policies. Robert Christl, co-president of the TAA, spoke on its behalf.

Christl said some key issues the TAA is campaigning for include mandatory fee relief and issues related to the Graduate Assistants Policies and Procedures Handbook.

Christl said TAA has been negotiating with the administration for about one and a half years, and sent out a recommendation to administrators on proposed changes to the handbook.

Christl said the administration decided to make unilateral changes to issues they had discussed pertaining to the handbook, which provoked frustration among graduate assistants and particularly research assistants.

“A lot of the protections that we are insisting should be in these policies … have never been in there, and we think that these policies are essential to protecting folks from what happened to John,” Christl said.

ASM also took to a vote the legislation of creating a special committee for on-campus alcohol policy after weeks of debate and discussion. The legislation was passed with a vote of 17-1-3, and now the ASM has a Campus Alcohol Policy Committee.