Rhodes-Conway served on Madison’s City Council for six years and works at the Wisconsin Center on Strategy as managing director of the Mayor’s Innovation Project — an organization that collaborates with mayors nationwide in an effort to improve city policy.

Rhodes-Conway’s campaign focused on issues of climate change, affordable housing accessibility and bus rapid transit in Madison, and she will be the city’s first openly gay mayor. 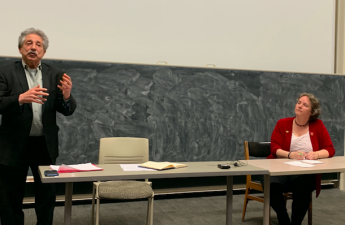 Reddy will take over for Alder Zach Wood, who was elected to the council in 2015 as a UW student himself.

The race between Lisa Neubauer and Brian Hagedorn is still being decided. The Badger Herald will update this article as more information comes to light.