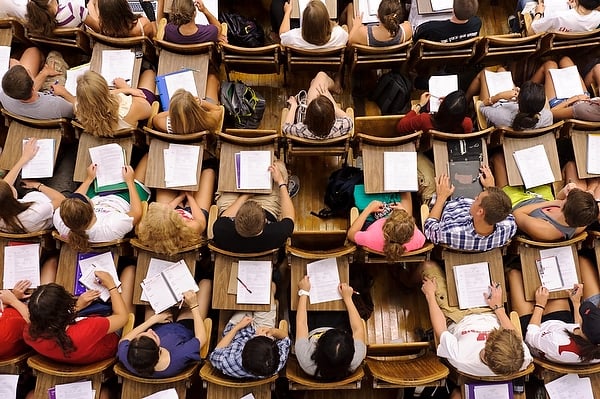 The University of Wisconsin System announced an expansion in student advising services to ensure student success for underrepresented students of color, first-generation students and low-income students.

As part of a five-year contract, the UW System will use the Education Advisory Board’s Navigate Student Success software to improve undergraduate retention and graduation rates at eight more UW campuses.

UW System President Ray Cross said the student-centered software will enable advisers, faculty and staff to help students at risk of dropping out — a key goal of his 360 Advising initiative, according to a statement from the UW System.

“The University of Wisconsin System is committed to student success and we’ve seen a record number of graduates — including students of color,” Cross said. “But like our K-12 partners, we know higher ed has yet to close race- and income-based achievement gaps.”

According to the UW System statement, the software will allow advisors to provide more targeted, personalized and timely support to students. Using a system of predictive analytics based on attendance and performance, major status and financial factors, advisors can build personalized guidance.

Students will also be able to access mobile planning and career guidance tools to help them connect with campus resources, meetings with advisors and key decisions about college goals, according to the statement. 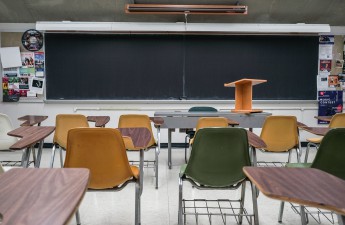 But while an additional eight campuses will join four existing campuses in utilizing this software, UW-Madison will not be participating in this initiative, UW-Madison spokesperson Meredith McGlone said.

McGlone added that existing initiatives at UW-Madison better match the needs of underrepresented students on this campus and that, as a result, they are already performing at a high level.

“It wouldn’t be using the strategies to move the needle how we want to,” McGlone said.

Though students of color at UW-Madison still experience less than favorable experiences with their advisors.

Some of the most common complaints amongst the general student body is the lack of personalization in advising meetings, UW-Madison student Diana Benitez said.

As a transfer student, Benitez came to UW-Madison as a neurobiology major with the hopes of pursuing a career in medicine. But after a problematic meeting with an advisor who pushed her to consider different options, Benitez felt cornered.

Benitez said she was devastated by such doubt from her advisor and that it reflected the same doubt she already carried with her.

“I already carried this doubt with me because I don’t see myself represented as much in that type of field, and for a white man to kind of confirm that doubt was pretty devastating,” Benitez said. “It’s tough to say that he got to me because I like to describe myself as this resilient person that chases after what she wants but … he definitely did get to me.”

In combination with other factors, Benitez eventually switched her major to public health. And while she’s happy with this change, she felt she could have still pursued a neurobiology degree with the proper support, Benitez said.

UW-Madison sophomore Shehrose Charania also experienced a similar disconnect with her advisors. While the POSSE scholar has a good relationship with her scholarship advisor, as a nursing student, Charania’s options for advisors are predominantly white women.

Charania said while there is some point of relation between having female nursing advisors, the lack of representation doesn’t address the intersectionality of her own experiences as a nursing major — something she finds more prevalent within the POSSE office.

“Every time I go to an advising session it just feels like I’m just there, like a checklist, to just get things out of the way,” Charania said. “I remember really trying to connect with my advisor and try to talk about my experiences but I felt like I wasn’t being listened to.”

Unlike her POSSE advisors who keep up with her day-to-day activities beyond academics, Charania feels like her general advisors don’t even bother remembering her name. On top of that, she feels like there is always something wrong with her class schedule after a meeting.

But at the POSSE office, Charania has a more personable relationship with her advisors who make the effort to keep up with her. Charania said she generally feels more comfortable with people of color since they all have similar struggles that her nursing advisors can’t understand.

Luckily, Benitez was also able to find the same sort of comfort with a fellow Latina advisor who reached out to her even though the advisor wasn’t from Benitez’s field of study.

Despite having a rough time, Benitez said this particular advisor is one of the reasons she’s actually graduating.

“Her advising was amazing,” Benitez said. “It really showed that we need more people that represent us and our race and our color to be advisors for us, because when I went into Rachelle’s office — it was home.”

Benitez said that while initiatives to advise underrepresented students are underway, the university should pay particular attention to hiring advisors of color — especially in STEM majors. 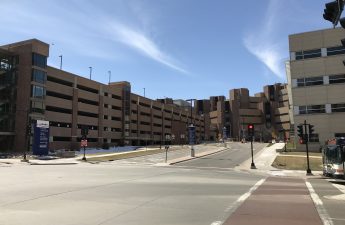 While Charania agreed that representation is crucial, she added that current advisors should make more of an effort to create personable relationships with students where questions are encouraged and concerns are addressed. Strictly listing options for students is not helpful, Charania said.

“There’s no gray area,” Charania said. “No reciprocation has been done especially for my advising through nursing and L&S. So definitely, I feel like it’s about a conversation more than just someone just telling you what to do — what they think you can’t do.”