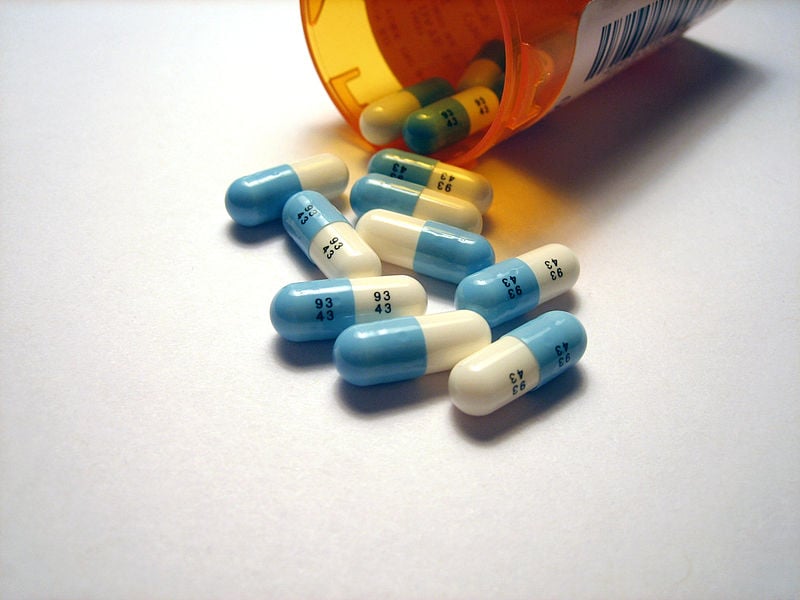 According to recent state reports, from 2015 to 2018 there was a 29 percent drop in prescription painkillers such as oxycontin. But deaths due to opioid use increased with a reported 916 deaths in 2017.

This has led to concern as the opioid crisis continues to take its toll on the U.S. — the Midwest in particular.

Gina Bryan, an associate professor at the University of Wisconsin School of Nursing, said the rate of opioid use in Wisconsin disorder tripled between 2005 and 2016.

“We are seeing an increase in the prevalence of synthetic opioids, such as fentanyl, associated with opioid overdose deaths,” Bryan said.

According to the National Institute on Drug Abuse, up to 29 percent of patients prescribed opioids misuse them. In the Midwest, opioid overdoses increased 70 percent from July 2016 through September 2017.

Elizabeth Goodsitt, communications specialist for the Department of Health Services, added that youth were also at risk.

“In recent years, the rate of prescription painkiller overdoses has increased by 238 percent among Wisconsinites ages 10 to 24,” Goodsitt said.

In response to the nationally-recognized crisis, controlled substance prescribing guidelines were released by the Wisconsin Medical Examining Board in January 2019.

Guidelines include initially looking to non-opiate therapies, monitoring patients closely for signs of developing addiction, and that “oxycodone should not be considered first-line and should be used only in patients who cannot tolerate other opioids.”

Doctors were also required to check a state database tracking prescriptions, the Prescription Drug Monitoring Program. Having gone into effect March 2017, reports from the database show a 14 percent decline in prescribing occurred in 2017. In 2018, the decrease was 12 percent.

Bryan suggested that these declines were not only an improvement, but necessary.

“It is not an opinion that opioids have been over-prescribed by healthcare providers, it is a fact,” Bryan said. “The downward trend in prescribing is due to significantly improved healthcare provider education on safe opioid prescribing practices, better pain management clinical guidelines and the Prescription Drug Monitoring programs being used nationally.”

Bryan also noted that “doctor only language” was not appropriate when describing prescription practices. She said there are a multitude of providers who can prescribe these medications, such as Advanced Practice Registered Nurses and Physician Assistants.

But with declines in prescription still having been coupled with an increase in opioid overdoses, many fear that people are turning to other opiates to feed their addiction.

“Evidence suggests that people are using increasing amounts of fentanyl, with fentanyl related overdoses doubling nationally from 2015 to 2016,” Bryan said. “There is also evidence that suggests people using heroin are younger, might be less experienced and may use heroin in riskier ways which increases the risk of death. The heroin and cocaine supply may also be adulterated with other substances, such as fentanyl, which can also increase risk of overdose.”

According to the National Institute on Drug Abuse, heroin overdose deaths have skyrocketed from 92 to 389 deaths since 2010. Deaths due to synthetic opioids, mainly fentanyl, increased from 66 to 288 deaths.

Goodsitt said access to healthcare can play a role.

“Individuals struggling with addiction to opioids also need to be able to access treatment when they reach out,” she said. “Increasing access to treatment statewide, particularly in high need areas of the state, is a priority of DHS.”

The New York Times also released a report alleging McKinsey & Company, a prestigious consulting firm, of working to boost sales of OxyContin during the crisis.

McKinsey’s consultants had reportedly suggested to the drug company Purdue Pharma how to boost sales of OxyContin and counter efforts by government officials to reduce opioid use.

Additionally, consultants were reported to be members of a team that evaluated how “to counter the emotional messages from mothers with teenagers that overdosed” on the drug.

Bryan suggested that treatment be multifaceted, and turned to Dayton, Ohio, as an example other states should look to.

“Dayton is at the epicenter of the opioid epidemic,” she said. “Dayton decreased its death rate due to opioid overdoses by 56 percent in 2017 after Gov. Katich accepted Medicaid expansion, giving 700,000 people access to free addiction and mental health treatment. Dayton, Ohio, is a wonderful case example of another facet integral to decreasing addiction and overdose deaths.”

Following the Medicaid expansion, more than a dozen new treatment providers flocked to the city. These included both residential and outpatient programs, along with clinics that dispensed treatments for opioid addiction medication.

Bryan noted that looking at the epidemic has to be done in a broad way.