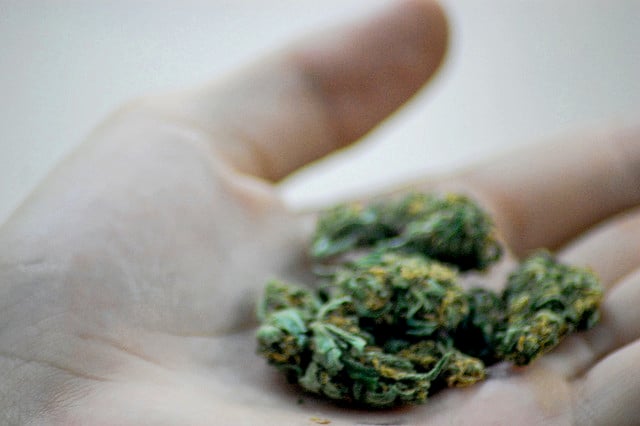 The Department of Health Services reported eight new hospitalization cases in Wisconsin of severe bleeding caused by the use of contaminated synthetic cannabinoids — also known as “fake weed,” “spice” and “K2.”

The DHS is investigating these hospitalizations as well as the 54 cases of severe bleeding reported in the state since March. The DHS confirmed severe bleeding in Dane, Milwaukee, Outagamie and Rock counties.

“We strongly urge people to stop using these drugs,” State Health Officer Karen McKeown said in a press release. “If you or someone you know has a serious reaction to synthetic cannabinoids, call 911 or go to the emergency department right away.”

The DHS reported one confirmed death in Milwaukee County. They could not provide further details about the victims during this ongoing investigation.

Synthetic cannabinoids are lab-created compounds of hundreds of different chemicals that act on the brain like marijuana, according to Jon Meiman, the chief medical officer involved in the investigation.

“They act on the same receptors in the brain, but they act on them sometimes more, and so the health effects can be very unpredictable,” Meiman said. “Depending on the particular cannabinoid — and there are hundreds of them — the effects can be pretty significant.”

Because synthetic cannabinoids are actually hundreds of drugs, the DHS said new health risks arise each year with new variations of the product.

While the effects of this product can be unpredictable, Meiman said the 54 victims were hospitalized after using fake weed contaminated with brodifacoum — a chemical found in rat poison. This can cause severe bleeding, and in some rare cases, death.

According to Brian Patterson from UW Health, the chemical makeup of fake weed is not similar to actual marijuana. The synthesized version causes more excitatory effects similar to ecstasy and other lab-made drugs.

“Because it’s marketed as a fake weed product that’s supposed to be natural and similar to marijuana, people who aren’t into hard drugs might try it,” Patterson said.

The fake weed raises many health issues — people use these products without expecting consequences, as well as the added issue of contamination, Patterson said.

According to Meiman, synthetic cannabinoids come in a liquid form produced in a lab. The liquid is sprayed onto plant material and then smoked. But Meiman said some reports show the liquid product was also added to vaping liquid.

“The bottom line is when you’re using these drugs you do not know what’s in them,” Meiman said. “If you’re vaping or you’re buying these products in a plant-material form that has been sprayed with the synthetic cannabinoid, you don’t know what’s in it.” 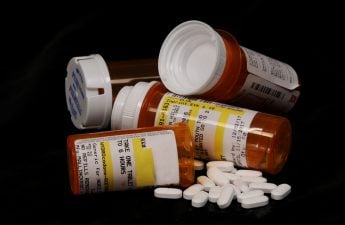 According to vaping expert Alex Vikemyr from Knuckleheads Tobacco and Vapes, vaping is a great cessation tool for actual nicotine addicts. But for young people, it’s more attractive than it is appealing. Falling victim to trends, young vapers are now developing nicotine addictions.

There aren’t very many long-term studies of the effects of vaping, according to Vikemyr. But he added vaping production has become standardized and regulations are becoming more extensive.

“People like to know what’s in the product,” Vikemyr said. “Thankfully, again with the standardization and the regulation, pretty much each one has to have the same ingredients.”

While these types of vaping products are legal and therefore regulated, synthetic cannabinoids are illegal in Wisconsin, according to the DHS press release.

Sellers get around these laws by creating new products with different ingredients or labeling them — “not for human consumption,” according to the Center for Disease Control and Prevention. There are no standards for making or packaging these products, according to the CDC.

According to the DHS website, these products are found across the U.S. in convenience stores, gas stations, drug paraphernalia shops, novelty stores and online.

Because synthetic cannabinoid products are now readily available in this area, Patterson said students should avoid using these products all together to avoid hospitalization.

The DHS also urged synthetic cannabinoid users to seek immediate medical attention, even if they are not experiencing severe bleeding.

Meiman said they are putting information out to people who are likely to use these products as well as healthcare providers.

“We are working with state and local partners to make people aware of these dangers and identify potential cases in Wisconsin,” McKeown said in a press release.