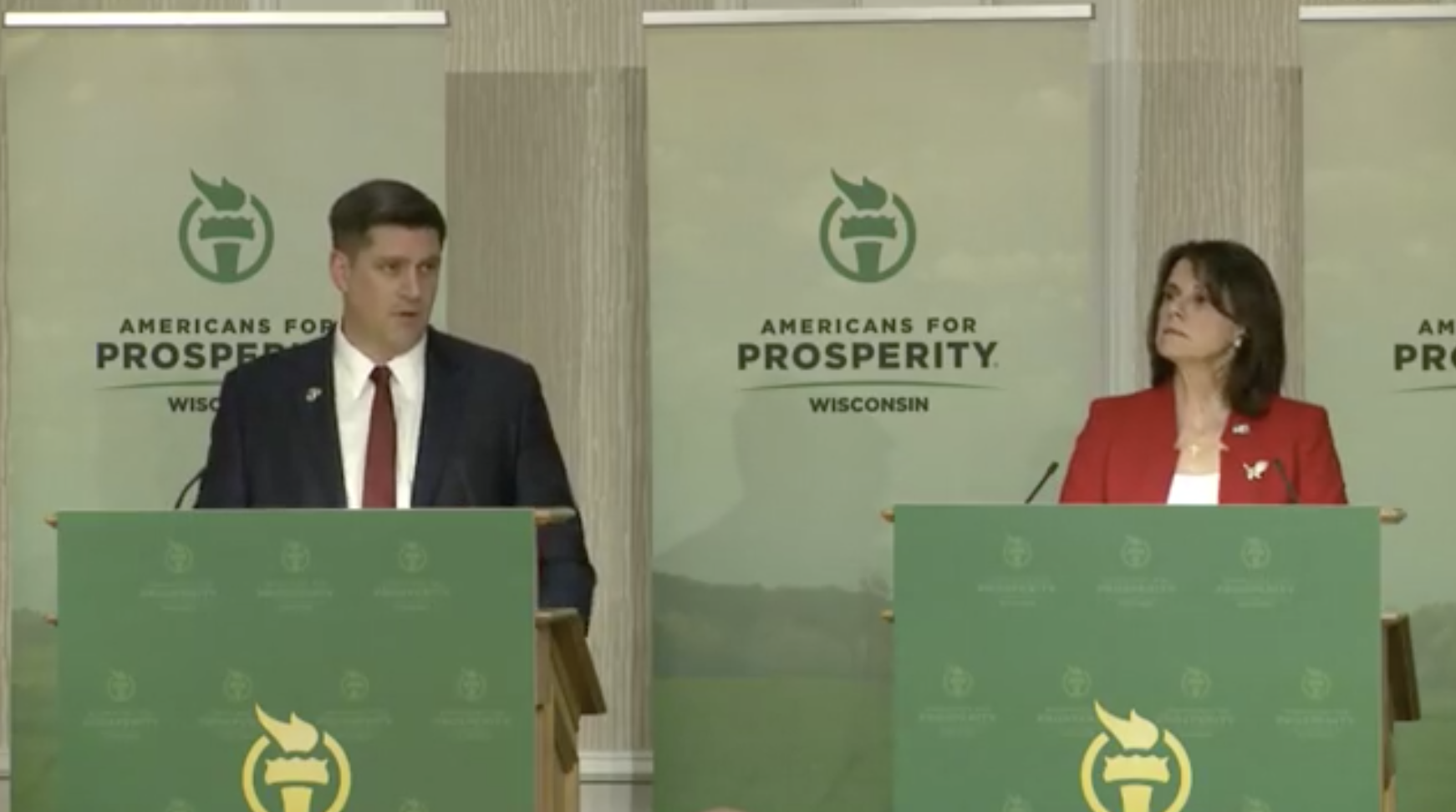 The 2018 midterms are fast approaching, and candidates around the state are ramping up fundraising activities, campaign events and debate appearances in anticipation of the August primary.

Hosted by the Wisconsin chapter of the conservative advocacy group Americans for Prosperity, the candidates discussed a range of topics — from healthcare to issues surrounding free speech.

State Sen. Leah Vukmir, R-Brookfield, and Kevin Nicholson, a Delafield businessman, are both vying for the Republican nomination and are seeking to challenge incumbent U.S. Sen. Tammy Baldwin, D-Wis.

Nicholson, a former U.S. Marine and former Democrat, now aligns himself as a converted conservative.

Coming from a staunchly Democratic family, his parents have both donated the maximum legal amount to who could be his rival in November’s general election — U.S. Senator Tammy Baldwin, D-Wis.

Vukmir, on the other hand, is running as a “proven conservative,” in contrast to Nicholson. She said she entered politics out of circumstance and not out of ambition, citing her concerns about the role of the government in family life.

“We need strong leaders who are willing to stand up and follow through on their promises,” Vukmir said.

Vukmir said the U.S. government needs to build up its budget, end Obamacare and “build the wall” — a plan, championed by President Donald Trump, to construct a wall along the U.S.-Mexico border.

Nicholson credited his lifestyle and his service in the military as major reasons for his conversion to conservative viewpoints.

“My life formed me and made me into what I am today as a conservative,” Nicholson said. “I wouldn’t trade that for anything. As we look on to this election this November, to take on Tammy Baldwin we need something different.”

Nicholson, who has been the recipient of millions in funding from wealthy donors outside the state, was slightly ahead of Vukmir in an early March poll.

But, a considerable percentage of Wisconsinites also did not know who either of them were, and held no opinion on who they preferred.

The primary election will be held on August 14, followed by the general election Nov. 6.