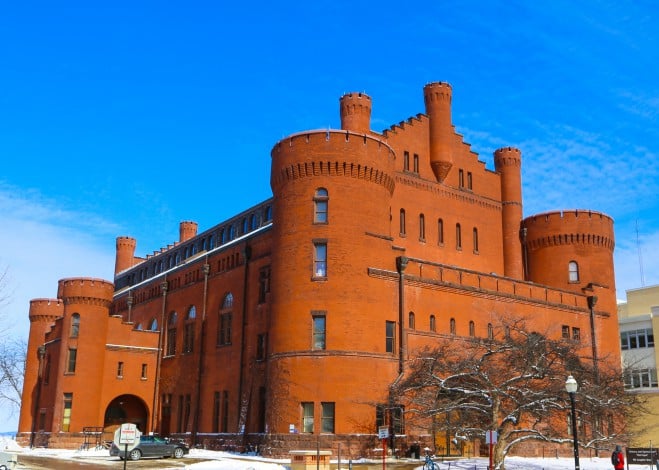 The Associated Students of Madison Shared Governance Committee hosted three panelists representing departments within the University of Wisconsin Division of Student Life to discuss the campus climate survey taken in 2016, and what progress still needs to be achieved for students Wednesday evening.

Several ASM representatives asked the panel for their reflections on the survey and what they would have done differently.

Regarding data about LGBTQ+ students, Briggs said it was helpful to isolate data about trans and non-binary students specifically. This group reported the most hostile and intimidating behavior on campus among all LGBTQ+ identifying respondents.

This sort of separation should have been applied for other identities, like students of color, where disparities between different groups can help advance effective interventions, Briggs said. 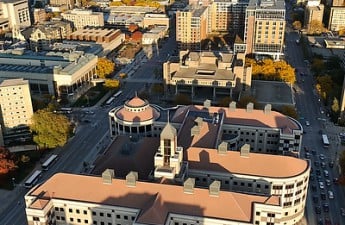 “I would imagine that that same disparity is there for different communities of color,” Briggs said. “I would imagine, potentially, our black and Afro-American students, given kind of the protest and response on campus, and that hasn’t been pulled out for the larger report.”

Oakley, who worked on the campus climate survey task force, said creating the survey was — like anything related to policy — a process where people are in constant disagreement about where to go next.

Since ASM representatives have the power at the university to affect change within their varied committees, they must think practically, Oakley said.

“Recommendations should be next steps,” Oakley said. “There was a lot of healthy debate – why can’t we make the recommendations where we want to be? Those are great, and they read very well, […] but you can’t get them because they ignore the basic reality of where you stand.”

Briggs said data that comes from surveys like this are important because the information gained can be used as leverage to affect change.

The survey revealed non-binary students persistently experience bias in the classroom from instructors, Briggs said. Those tasked with making the classroom more comfortable for these students can use survey data to concretize the experience and force change.

“Right now there’s kind of a culture of we can’t mandate the folks do anything,” Briggs said. “Well, now we have some data for folks who need the data to say, this is indicated, it’s something you could do.

The survey found 80 percent of students overall felt safe, welcome and respected at the university, but among students of color specifically, only 65 percent felt the same.

Oakley said a black assistant professor in the same department in which she teaches left UW because of the university’s hostile environment toward people of color.

“[The professor] literally got her husband and left,” Oakley said. “Called us and said ‘I’m not coming back.’”

Nelson said the unwelcoming atmosphere of the university towards marginalized communities can be seen in the dining options for Muslims.

ASM committees need to advocate for halal food options and make dining for Muslims as easy as it is for other students, Nelson said.

“That’s one example of how we as an institution can be more welcoming and inclusive,” Nelson said.

Oakley said the university and committees should take seriously the data found in the survey because it depicts an environment that won’t continue to attract talent.

The most important effect of the survey, Oakley said, was that it broke the silence around the disparate realities experienced by different communities at UW.

“Whatever we do, make a noise, do something,” Oakley said. “It’s the silence that tells people, ‘you need to leave, it’s not going to be ok for you here.’”