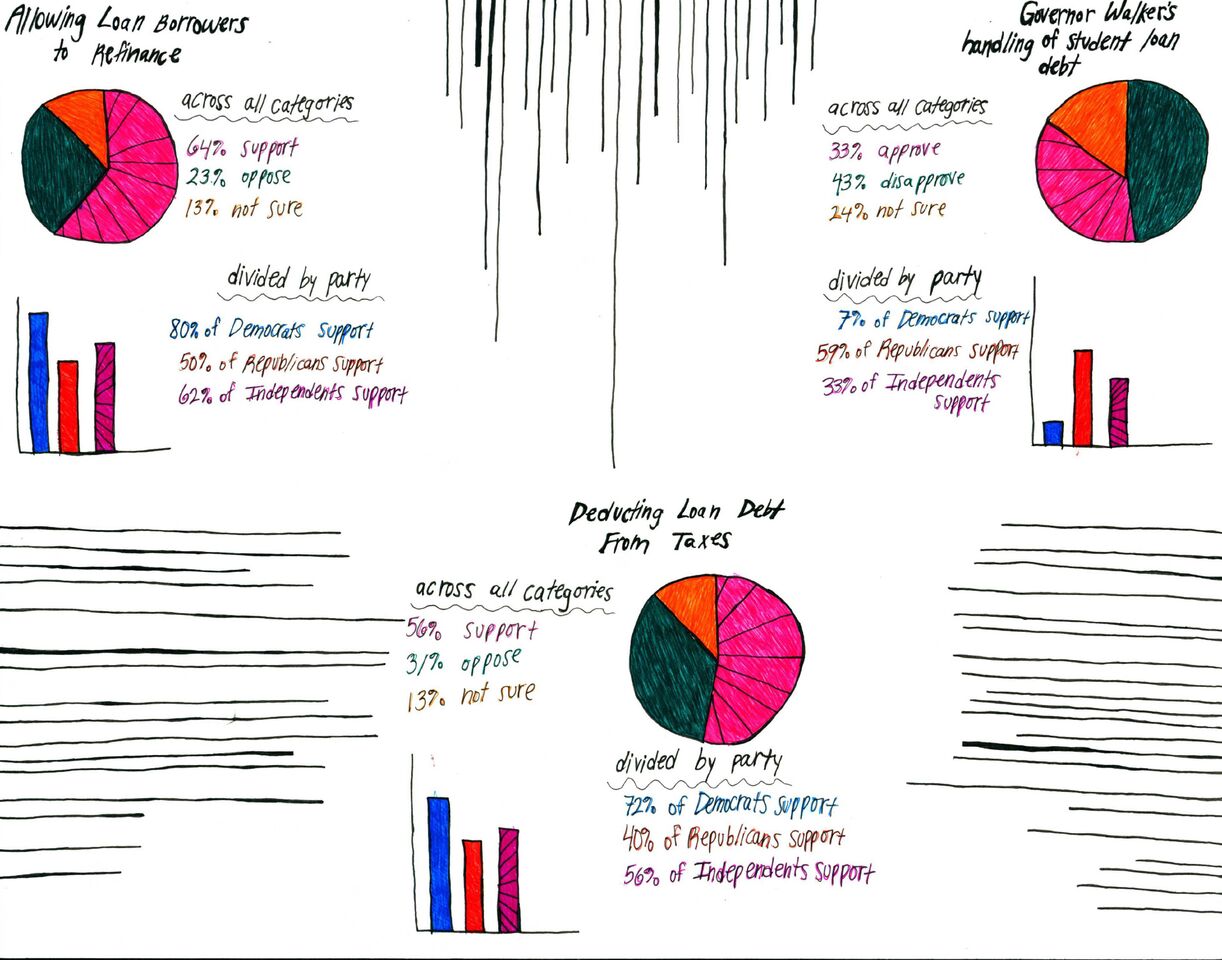 According to the poll results, 64 percent are in support of allowing debtors to refinance their federal student loans and 56 percent support a plan which would deduce student loan payments from one’s state income tax.

This support, the results showed, came from across the political spectrum, with a majority of Democrats supporting both and a plurality of Republicans and political independents supporting at least one of the proposals.

The prompts for the poll questions are references to the Higher Ed, Lower Debt Act, which was reintroduced to the Wisconsin Legislature in February 2017 by Sen. Dave Hansen, D-Green Bay, and Rep. Cory Mason, D-Racine.

The bill has been introduced in three different legislative sessions, but has not passed in the Wisconsin legislature.

Rep. Chris Taylor, D-Madison, expressed her support for the legislation and frustration that it has been unable to pass the legislature.

“Nobody should be prevented from going to college or from thriving after college because of student loan debt,” Taylor said.

The bill’s aim is to ease the financial burden of student loan debt and allow more money to be put into the Wisconsin economy, rather than toward debt payments. This would be done by creating a state authority to help borrowers understand how to pay back their student loans. 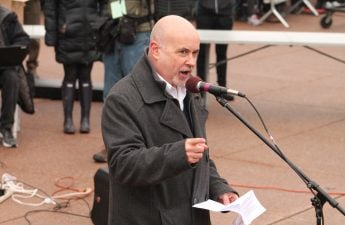 “The resistance to this bill is misguided and it is ignoring this $19 billion problem in Wisconsin,” Eicher said.

UW spokesperson Meredith McGlone said the university acknowledges that debt is a problem for many UW students.

But, McGlone also said education is also one of the “wisest” investments someone can make, and the jobs UW students land after graduation help pay off these loans.

“We acknowledge that college debt is a concern for many students and families, but it’s important to note that more than half of UW undergraduates graduate with no debt,” McGlone said. “For those who do borrow, the amount borrowed has been decreasing and remains below the state and national average.”

McGlone also referenced UW’s efforts to expand the amount of scholarship aid available to students, like their work with the Nicholas Match to raise $100 million for student scholarships.

Outside of Wisconsin, other bills and programs that aim to help students and alumni manage their student loan debt are struggling.

The Federal Perkins Loan Program, the oldest federal student loan program in the country, is available to undergraduate, graduate, and professional students who demonstrate extreme financial need, but only until Sept. 30.

Despite being shut down in the Senate multiple times, the bill was extended for two years in 2015 as a result of legislation drafted by Sen. Tammy Baldwin, D- Wis., and several of her Senate colleagues.

Through the Federal Perkins Loan Program Extension Act of 2017, Baldwin is now attempting to extend the bill through 2019.

“For generations, the Perkins Loans Programs has helped students build a path to the middle class, not debt,” Baldwin said in a statement. “This is a program worth fighting for. Two years ago, we successfully saved Perkins Loans by working across party lines, and I urge my colleagues in the Senate to join us in this bipartisan effort again.”

The tension between opposing political parties has blocked many federal financial reforms from being made in Congress, but at the state level, the OWI poll results suggest the Perkins Loan Program and the Higher Ed, Lower Debt bill are both supported by Wisconsinites across the political spectrum.

“It is common sense to be able to refinance your student loan,” Eicher said. “There is strong support for refinancing from Democrats, independents and Republicans.”