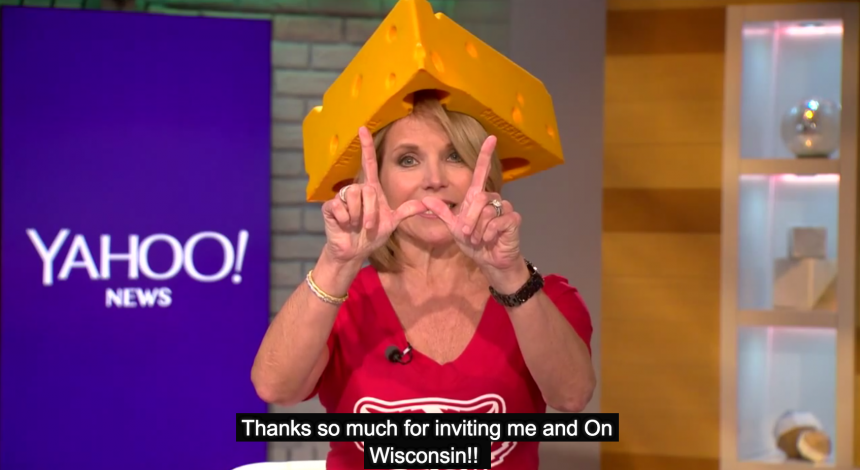 Couric was announced as the speaker Wednesday and senior class president Maria Giannopoulous said she was their first choice as she aligned with their philanthropic interests and could be inspirational to graduates, noting her achievements as a woman in journalism.

“I am honored to be invited to speak at such a respected, internationally recognized university,” Couric said in a UW statement. “I know Wisconsin graduates will be making major contributions in a myriad of fields after they leave this beautiful campus. I hope that I’ll be able to give them some guidance and advice that will serve them well on this first leg of a lifelong journey.”

Couric has pursued a lifelong career in journalism and television. She became the first solo anchor of an evening news broadcast in 2006 when she was hired with by CBS News, according to a UW statement. Since then she has served as a special correspondent for ABC News, hosted her own daytime talk show and now works for Yahoo as Global Anchor.

Couric has dedicated an impressive amount of time and resources to cancer research. She has co-founded two cancer awareness groups, included Stand Up To Cancer which raised $280 million toward research initiatives, according to the statement.

Chancellor Rebecca Blank said in a UW statement that it is an honor to have Couric at the ceremony.

“As the field of journalism has weathered dramatic changes, she has found innovative ways of engaging with citizens across the country,” Blank said. “I know that her experiences will resonate with the Class of 2015 as they look beyond their time at UW-Madison.”

Senior class vice president Annie Paul said she thinks graduates will be able to take away many insights from Couric.

“She has been a female trailblazer in a lot of different capacities,” Paul said. “She’s just such a well-rounded person to be speaking at our commencement and she’s really smart and has a personable demeanor.”

Giannopoulos said she would like to see Couric talk about her time rising through the ranks as a journalist and her personal triumphs and struggles.

Even though Couric is not a UW alumna, Paul said she thinks graduates will still find her relatable, especially since she also graduated from a public university.

“People see her on the news, on her talk show, they know her serious and fun side, as well, so I don’t think relatability is an issue at all,” Paul said.

On behalf of the 2015 J-School graduating class…YOU NAILED IT, @UWMadison. So excited to have @katiecouric as our graduation speaker!

Hearing that @katiecouric is speaking at Spring Commencement makes me want to dance like Leslie Knope #UWgrad pic.twitter.com/5sqtxmr25v 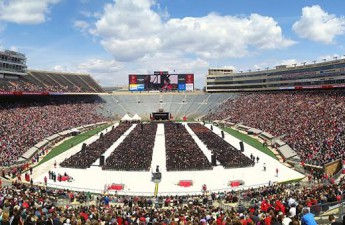 Senior class officers look toward attracting high profile commencement speakerIt’s back: Badgers graduating in spring 2014 will be walking across the stage in a single ceremony at Camp Randall. Read…

Paul said their budget for attracting a commencement speaker was $0. Couric’s travel and accommodations will be covered but otherwise she will be doing this “on her own will.”

Giannopoulous said Couric was excited to make the announcement and that she was getting in the Badger spirit.

“Her accomplishments as a woman in journalism has definitely showcased her talents, and I think she’ll be able to show our graduates what they can do with a public education,” Giannopoulous said.