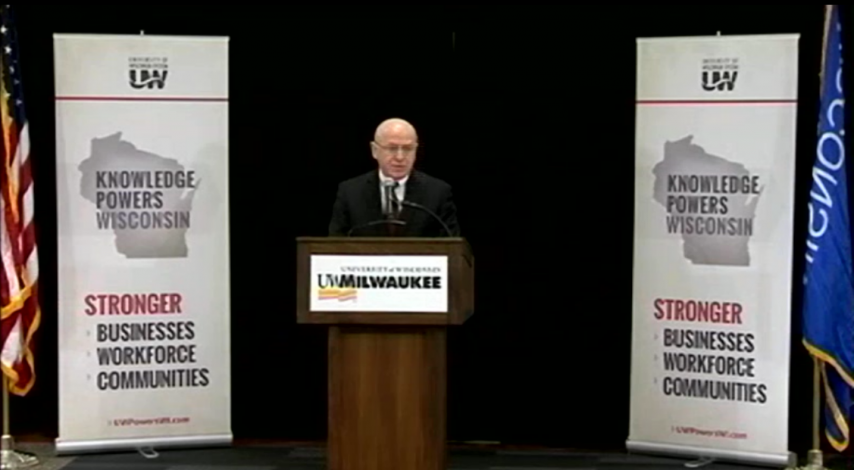 In a press conference Friday, new University of Wisconsin System President Raymond Cross outlined his basic strategy for leading the system, which emphasizes active communication with the university community and the people of Wisconsin.

According to Board of Regents President Michael Falbo, the board unanimously voted Cross into the president position following a rigorous national search.

Although the decision was made yesterday, Cross will not begin his duties as president until mid-February.

Cross said his main strategy as president will be focused on listening to lead, both in the UW System and the communities that support it.

“I view the challenges before me as an enormous responsibility: bringing the resources of the people of Wisconsin, while also bringing the problems of the people to the university,” Cross said. “To do that, we really have to be good listeners, not just good lecturers.”

Cross said he believes his main challenges will be helping families and individuals face the high cost of higher education and ensuring better compensation levels within the UW System.

“Our goal is to lead this institution in a collaborative way,” Cross said. “It’s also important that we find ways to add value not only to institutions, but the people of this state. My commitment is to do that in an open, transparent, committed and collaborative fashion.”

Earlier this week, Cross proposed holding listening sessions across the state to increase communication between the UW System and the communities it serves.

Cross said he has already been approached about holding some listening sessions, with the first effort to organize the sessions scheduled today at the Capitol.

“It’s important that we find ways to partner with and work with legislators early in the process,” Cross said. “Right after this press conference, I intend to go to the capitol – and in some ways take my sleeping bag.”

Cross referred a question regarding the $500,000 UW System president salary to Falbo, who said the Board felt the amount was appropriate to maintain competitiveness with other state systems.

In addition, Cross said he and his wife intend to set up a scholarship foundation and donate $100,000 to it during the next four years.

“He’s an innovator, he’s entrepreneurial,” Lovell said. “We are very excited to have Ray as our new leader.”