The rolling farmlands of Mount Pleasant create a scenic landscape on the Milwaukee to Chicago commute. But this view will transform into the site of a manufacturing powerhouse by 2020 if construction of the Foxconn Technology Group’s $10 billion complex goes as planned.

Mark Maley, Wisconsin Department of Natural Resources spokesperson, said of the $3 billion incentive package Wisconsin created to attract Foxconn, $2.85 billion are in tax credits, $1.5 billion will go toward job creation and the other $1.35 billion is for capital investment. Based on Foxconn’s yearly payroll, Wisconsin will pay Foxconn 17 percent of the combined salaries. Any salaries that are less than $53,000 and more than $100,000 will not qualify for tax credits.

Foxconn has pledged to create 3,000-13,000 direct jobs and the Wisconsin Economic Development Corporation believes it will generate 10,000 construction jobs per year, but environmental activists are worried the job creation will come at a serious cost to the environment.

Between 2013 and 2016, the Lake Michigan water level rose by four feet, causing erosion to Mount Pleasant bluffs and beaches that has brought coastal homes dangerously close to falling into the lake. Flooding in the region has been a consistent issue that prompted a project to widen parts of the river that often overflowed due to heavy rainfall and snow melt.

To build the complex, Foxconn will most likely have to fill in Mount Pleasant wetlands, which help absorb flood waters and limit infrastructure damage.

In addition, production of the LCD display screens, which Foxconn is famous for, requires a large amount of water and toxic pollutants like zinc, cadmium, chromium, copper and benzene, said Amber Meyer Smith, Clean Wisconsin Vice President of Programs and Government Relations.

If these pollutants were to enter a nearby water source, they could cause notable health issues for local residents. Benzene contamination has been tied to a heightened risk of anemia and cancer and long term cadmium or copper exposure is associated with kidney damage.

The potential for water contamination paired with a long list of environmental exemptions are “giant red flags in this bill,” Meyer Smith said.

Several exemptions from environmental regulations are a cause of polarization on the Foxconn deal. In particular, waiving of the Environmental Impact Statement has drawn widespread criticism from activists.

WEDC usually investigates a major project, like Foxconn, to determine what the overall impact could be on the surrounding area if the project is approved, Meyer Smith said. The EIS offers the public a glimpse at potential environmental outcomes and gives locals the opportunity to formulate their opinions on a project with consideration of the environment.

“Our laws are set up to protect us from harm not to deal with it after it happens. That’s what we want our natural resource laws to do.”Amber Meyer Smith

Maley said the environmental exemptions are similar to those made for other large projects like Lambeau Field. The EIS is being waived to expedite the construction of the complex, but Maley said all state and federal environmental regulations would be met by the company.

Rep. Chris Taylor, D-Madison, expressed doubt regarding the DNR’s ability to ensure environmental safety without a baseline assessment. Taylor referenced Foxconn’s history of pollution in China as a reason the state should be taking more steps, not less, to protect the environment. 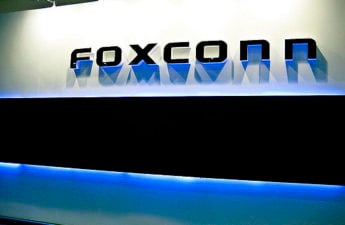 In 2013, environmental groups raised concerns that Foxconn was dumping “water with a black-green color and chemical odor” into the Huangcangjing and Hanputang rivers in China twice a day, according to DailyTech. Foxconn claimed its actions were within emission standards.

DNR spokesperson Jim Dick said in an email to The Badger Herald that exempting Foxconn from the EIS poses “no regulatory consequence.” The DNR will still take all potential environmental consequences into account during the permit review process.

According to the bill summary, Foxconn will have to mitigate wetlands on a 2:1 scale, meaning they have to build two acres worth of wetlands for each one acre it fills in. But Foxconn does not need a permit to fill in non-federal wetlands before construction. In addition, the DNR will waive its water quality certification process for those non-federal wetlands that are built on. Dick said any wetlands that fall under federal jurisdiction will still require permit approval from the Army Corps of Engineers. 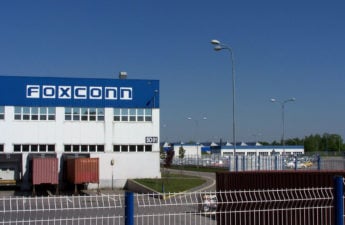 Steven Deller, University of Wisconsin agricultural and applied economics professor, said the federal government establishes environmental regulations through legislation like the Clean Water Act, but most states, including Wisconsin, enforce additional restrictions that are aimed at the particular state’s needs. While the state is unable to provide exemptions from federal regulations, it can alter the enforcement of state regulations on a case-by-case basis.

Non-federal wetlands do not qualify for Clean Water Act protection because they do not hold surface water that is connected to a navigable lake or river, according to a Wisconsin Wetlands Association statement. While non-federal wetlands only make up about 20 percent of Wisconsin wetlands, they help reduce flood damage by absorbing excess water, improving water quality and acting as wildlife habitats.

“This is really a game changer for the state. It’s really the next stage of manufacturing and it’s kind of exciting that it’s happening in the state of Wisconsin.”Mark Maley

Meyer Smith said wetland mitigation sounds good, but especially in the case of areas which are susceptible to flooding like Racine, the relocation of wetlands can be problematic. A relocated wetland is an ineffective defense against flooding in the original location of the wetland. Just this past July, Gov. Scott Walker declared a State of Emergency in Racine County in response to widespread flooding. Filling in wetlands for the Foxconn complex may increase flooding issues in the already flood-prone area.

“Wetland mitigation is fine, but mitigating in a different area is not going to help when flood waters come,” Meyer Smith said.

Additional permit exemptions apply to a wide range of projects involving local water sources. According to the bill summary, the following projects will not require permits to begin construction:

Still, the DNR has the ability to require permits if it believes an action could cause irreparable harm to the environment or public, Dick said.

But Meyer Smith said without permits to evaluate, the public is being cut out of the process and won’t be able to fully evaluate potential environmental consequences.

“Our laws are set up to protect us from harm not to deal with it after it happens,” Meyer Smith said. “That’s what we want our natural resource laws to do.”

Taylor said the exemptions will likely damage Wisconsin’s economy in the long term because of its dependence on a clean environment for several major industries. She listed agriculture, tourism and forestry as three areas that could suffer from relaxed environmental regulations. According to the Wisconsin Department of Tourism, 2016 brought in $20 billion through tourism alone, up $700 million from 2015. 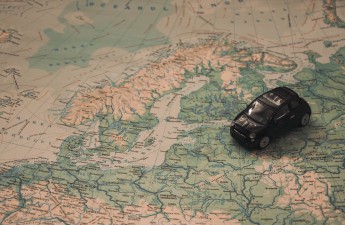 The agriculture industry contributes $88.3 billion annually to the Wisconsin economy and accounts for nearly 12 percent of the state’s jobs. Furthermore, Wisconsin is the biggest paper producer in the country, providing 64,000 forest industry jobs.

“Protecting our environment and growing our economy have always been very closely linked here in the state of Wisconsin,” Taylor said.

Maley stressed that Foxconn’s move to Wisconsin has the potential to “transform the state.” Besides gaining the first LCD display manufacturing complex in the country, Wisconsin will likely experience a surge in new companies and entrepreneurs to meet the needs that will emerge with Foxconn’s new stateside location.

He said Foxconn has already met with UW officials to discuss curriculum creation that could prepare students for the company’s workforce. He addressed the criticism that Foxconn may become “outdated” because of the quickly evolving technology scene by referencing its existing 55,000 patents and focus on research in development.

“It’s not just like some big factory coming into Wisconsin. This is really a game changer for the state,” Maley said. “It’s really the next stage of manufacturing and it’s kind of exciting that it’s happening in the state of Wisconsin.” 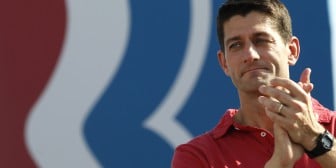 But Taylor criticized the decision to give so much financial support to a foreign company when Wisconsin has many local companies that are struggling and could benefit from government incentives.

While Maley touted new opportunities for Wisconsin graduates, Taylor said the Foxconn deal reflects a lack of investment in students. Rather than helping students refinance their student loan debt or make college more affordable, Republican legislators invested in a foreign company that has shown little respect for the environment in the past, Taylor said.

“I think young people are the future of our state … we need them to stay in the state, we need them to come to the state, and yet we are not building the state they value,” Taylor said. “We are not protecting our environment, which is very important to the younger generation. We are not investing in our infrastructure, in our transit in our roads. We are not helping them make college more affordable through loan refinancing.”

Deller said Wisconsin historically has not engaged in incentive building packages like Foxconn’s, so considering that the $3 billion deal is the biggest package a state has ever proposed to a foreign company, it was a major shift in strategy. Though breaking from past norms, he said policymakers “played the game following the right set of rules” because the state will delegate funding based on job creation rather than giving it upfront. He noted the latter strategy as a mistake some states have made when dealing with companies that then did not follow through on their promises.

He hopes the Foxconn deal does not set a precedent for future negotiations. When working to attract foreign companies, Deller said it is easy to lose sight of the state’s best interest because negotiations can become competitive. He thinks legislators played the game right this time, but historically Wisconsin does not take part in it and he does not want this success to necessarily lead to similar future endeavors.

Meyer Smith said Clean Wisconsin’s biggest concern is that other industrial special interests are already viewing the bill as proof that they could obtain similar environmental exemptions. In fact, a bill that would eliminate all non-federal wetland protections, not just in the case of the Foxconn deal, was introduced to the Assembly on Oct. 18.

“We know that, in Wisconsin, our economy and natural resources protection go hand in hand … we really oppose the concept of changing or exempting projects from environmental laws to bring economic development here because it does not need to be that way,” Meyer Smith said. “[There are businesses] that are making sustainable choices, they are going through the permitting process and it’s not a problem.”