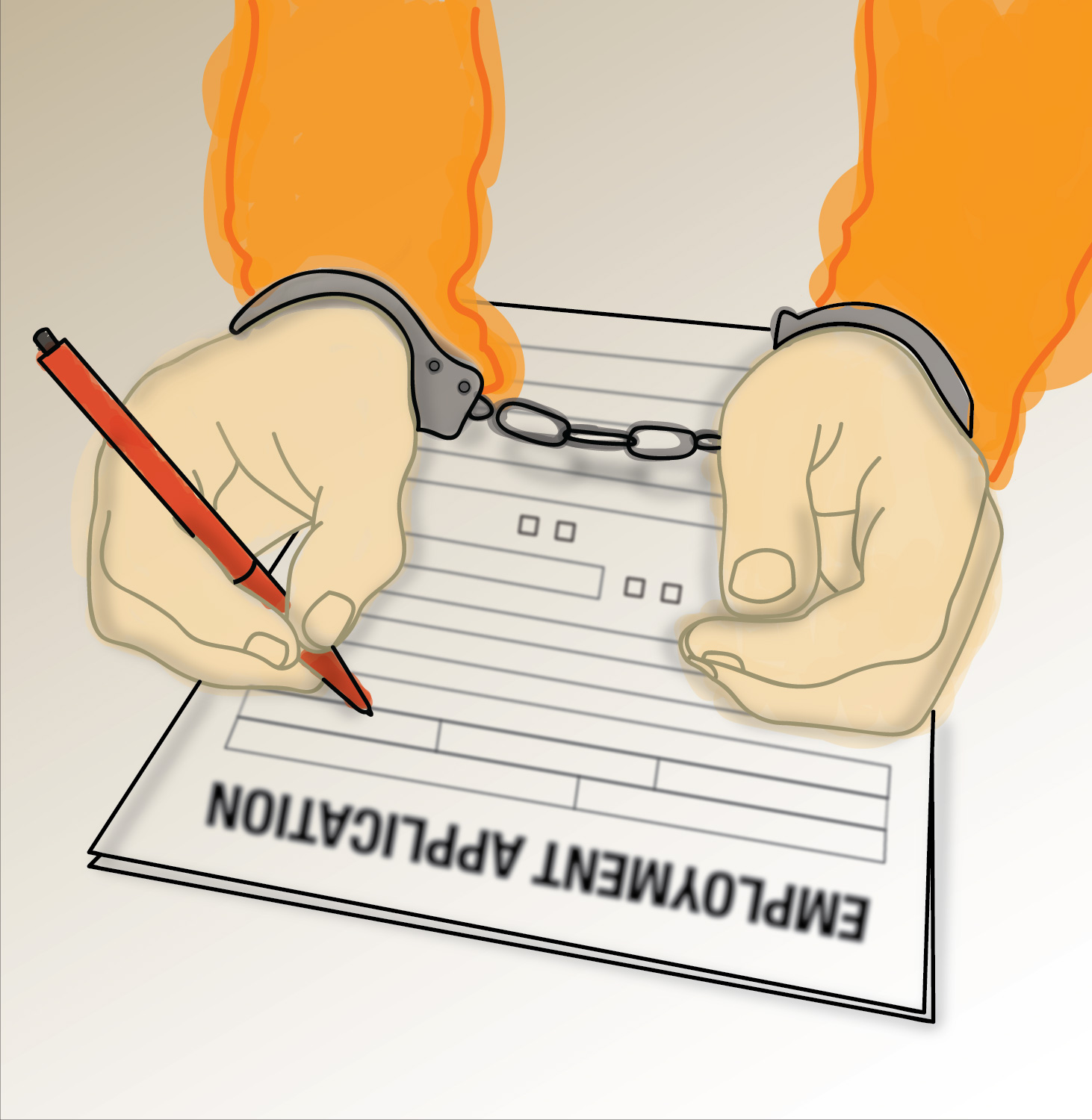 A simple check mark stands between thousands of ex-convicts and their access to employment across the country, but Wisconsin may join a national movement to make it illegal on initial job applications.

Ex-convicts must check a box on job applications to indicate whether they have a criminal record, allowing potential employers to then search the Wisconsin Circuit Court public records to determine their convictions.

This can pose as a barrier to employment following imprisonment for ex-convicts — such is the case for Wisconsin resident Ryan Haynes.

Haynes has applied to countless jobs, including several McDonald’s locations, but says he cannot land a job because of his criminal record.

Haynes said employers don’t look at the “extenuating circumstances” behind every case and instead give rejections based on a person’s record.

High unemployment for ex-offenders has incited a national movement to “Ban the Box.” President Barack Obama signed an executive order earlier this month to ban the box on all initial applications for federal employment, instead pushing the question farther back in the application process.

Jeremy Dillard, a WISDOM leader and Ex-Prisoners Organizing member, worked with Obama’s staff and civil rights groups around the country to promote the executive order. While interacting with these individuals, he said he received the impression many states are far ahead of Wisconsin in both how they treat citizens of color and respond to ex-offenders.

A system that “suffocates”

After moving from New York to Stevens Point to start a business, Haynes became addicted to cocaine. He began writing fake checks to cover up the problem, as he was losing money and struggling to keep up with his business finances. Haynes was sentenced to four years in prison for forgery and issuing worthless checks, but was released in 1998 after two years.

Since then, Haynes has been found guilty in several cases dealing with driving misdemeanors, theft and disorderly conduct.

“By no means am I an innocent person,” Haynes said. “I am just trying to correct my life. I would rather do it now when I am 41 than never at all.”

Once released from imprisonment, job outlook is bleak for ex-offenders, Carol Rubin, a Madison Organizing in Strength, Equality and Solidarity leader, said. The hardest thing for ex-offenders to do is find employment, and Rubin attributes this to the check box.

Haynes said he has struggled with PTSD and schizoaffective disorder, among other things, in the past. Haynes said the system is suffocating him because it cuts off his and other ex-offenders’ “oxygen sources,” or access to employment.

Rubin said attaining a job is essential for an ex-convict to successfully reintegratate back into a community.

“If you haven’t got a job, you are struggling deeply financially, if not in a situation where it is literally impossible to live,” Rubin said. “People get despondent and feel like there is no way of making it.”

Ben Kempinen, University of Wisconsin Law School clinical professor, said there is already a law and penalties for people who deny employment based solely on a past criminal record. He said the problem with the current law is that it is difficult to enforce.

No employer would admit they discriminate solely based on a criminal record and it’s hard to prove that the only reason someone was denied employment was his or her record, Kempinen said.

State movement to ban the box

Sen. Lena Taylor, D-Milwaukee, is currently pushing to pass a statewide Ban the Box proposal. Despite failing in the past, this particular attempt holds bipartisan support in the state and from U.S. Senator Ron Johnson, R-Wisconsin.

Taylor said she is hopeful this proposal is different because of Ban the Box’s growing national success. Eighteen states and 45 municipalities have banned the box, including the city of Madison.

Madison Common Council President Maurice Cheeks led a successful Ban the Box initiative in September 2014. A resolution passed earlier this month extended banning the box from just city employers to all city contractors. Potential employers cannot ask whether or not a job candidate has been convicted of a crime until a conditional job offer is on the table.

Cheeks said he believes the city, as one of the largest employers in Madison, has a responsibility to lead by example and demonstrate this is a practical idea.

“We know that one of the greatest causes of recidivism or re-offense is not having a job, not having gainful employment,” he said. “If we can give people the opportunity to get back into the working world then we are making their lives better [and] we are making our society better. It is sort of a no-brainer.”

Race on the record, the cost of incarceration

In 2010, the U.S. incarcerated 6.7 percent of its African American male population, already six times the percent of white males, while Wisconsin nearly doubled the national average at 12.8 percent.

Wisconsin incarcerates more than double the amount of people Minnesota does, despite its similar population and demographics, Rubin said.

Minnesota moved the question of whether or not an applicant has been convicted of a crime back to when there is a conditional offer of employment, Taylor said. More than half of the applicants who would most likely not have a chance to get an interview, got hired following banning the box in the state.

Taylor said by pushing the box back until there is a conditional offer gives ex-offenders a chance to be seen for “who they are and want to be, not who they were and what they did.”

The Cap Times reported last month that Sen. Steve Nass, R-Whitewater, removed a provision to ban the box in a bill that would overhaul the civil service system. He said removing the question on the initial job application could lead to wasted time for employers.

According to the report, Nass argued that by pushing the question back, employers may spend time considering a candidate who would be disqualified for consideration because of a criminal past.

“As efforts continue across the administration, and within our member companies, to expand the broad diversity of firms willing and able to support the government and to bring real innovation to bear for our nation, these unique and costly government-unique regulations simply raise an already substantial barrier between the commercial and government marketplaces,” the letter said.

Even if the box is banned, potential employers could still just look up a candidate online, so it would not totally combat discrimination based on criminal history, Kempinen said. He added some people have suggested the state should close the public record system, but he thinks it is important to maintain transparency in government.

Currently an Assembly version of the civil service system overhaul bill includes a provision to ban the box, but a Senate version does not.

Haynes is still unemployed, but attending college. He called Dillard a huge “inspiration” to him and said he is trying to improve his life for his children.

Dillard said after working with criminal justice issues for the past 12 years, he is beginning to see a change in tone surrounding incarceration with “Ban the Box” being the next step in the right direction.

“I always looked at mass incarceration as a ship that was sailing out to sea with no destination,” Dillard said. “A ship can’t turn on a dime but it is [starting] to make that turn.”