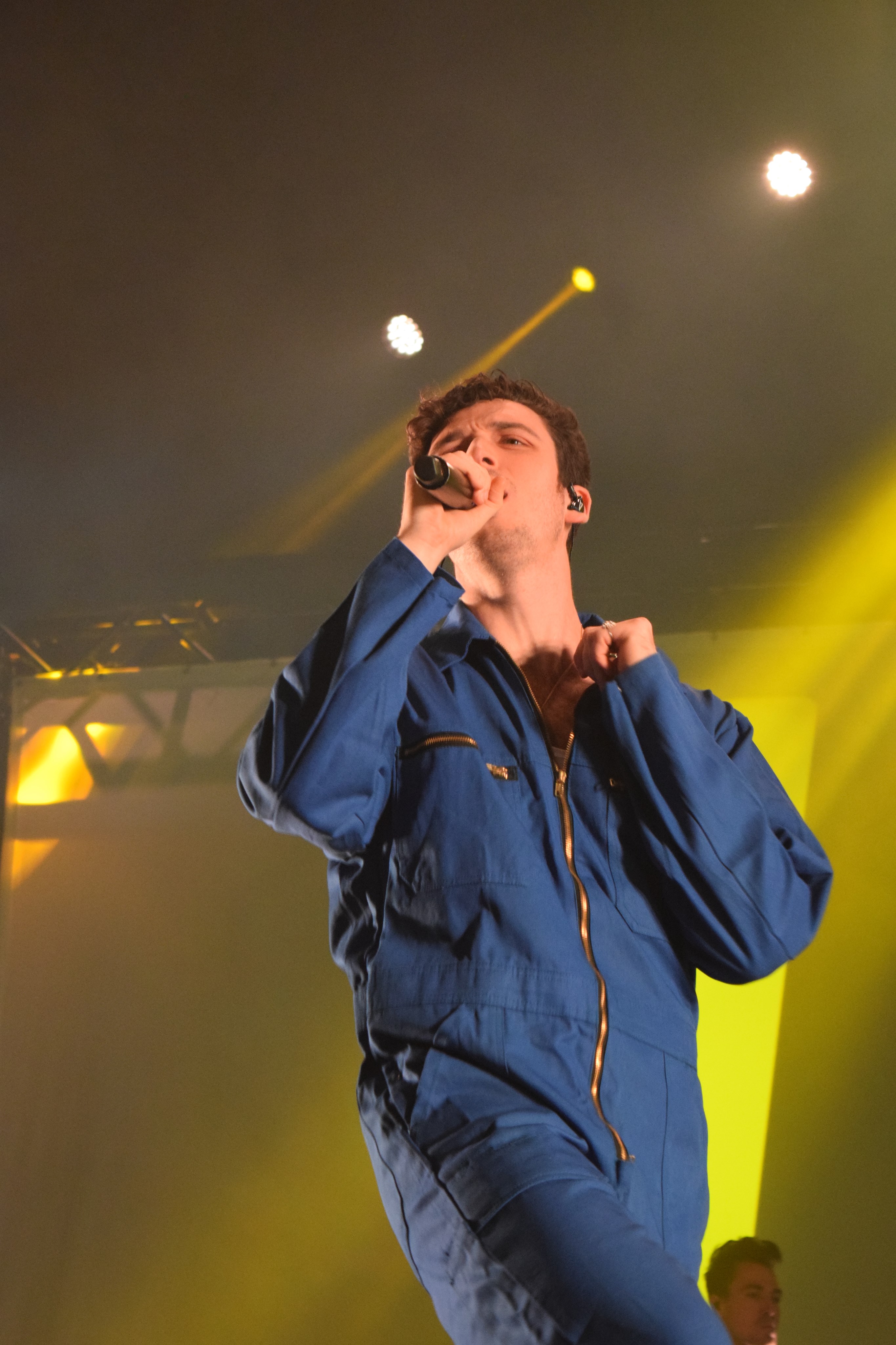 The color blue, often symbolizing freedom, imagination and confidence, acted as the overarching theme of Lauv’s inspiring performance at The Sylvee this past Friday.

From the blue jumpsuit he wore on stage to the “My Blue Thoughts” box he brings to every show, Lauv performed with confidence and made an emotional connection to each of his fans in the audience.

24-year-old singer, songwriter and record producer Lauv influenced his audience as he demonstrated the importance of confidently acting like yourself and being the person you are without restraint and without fear of judgment. 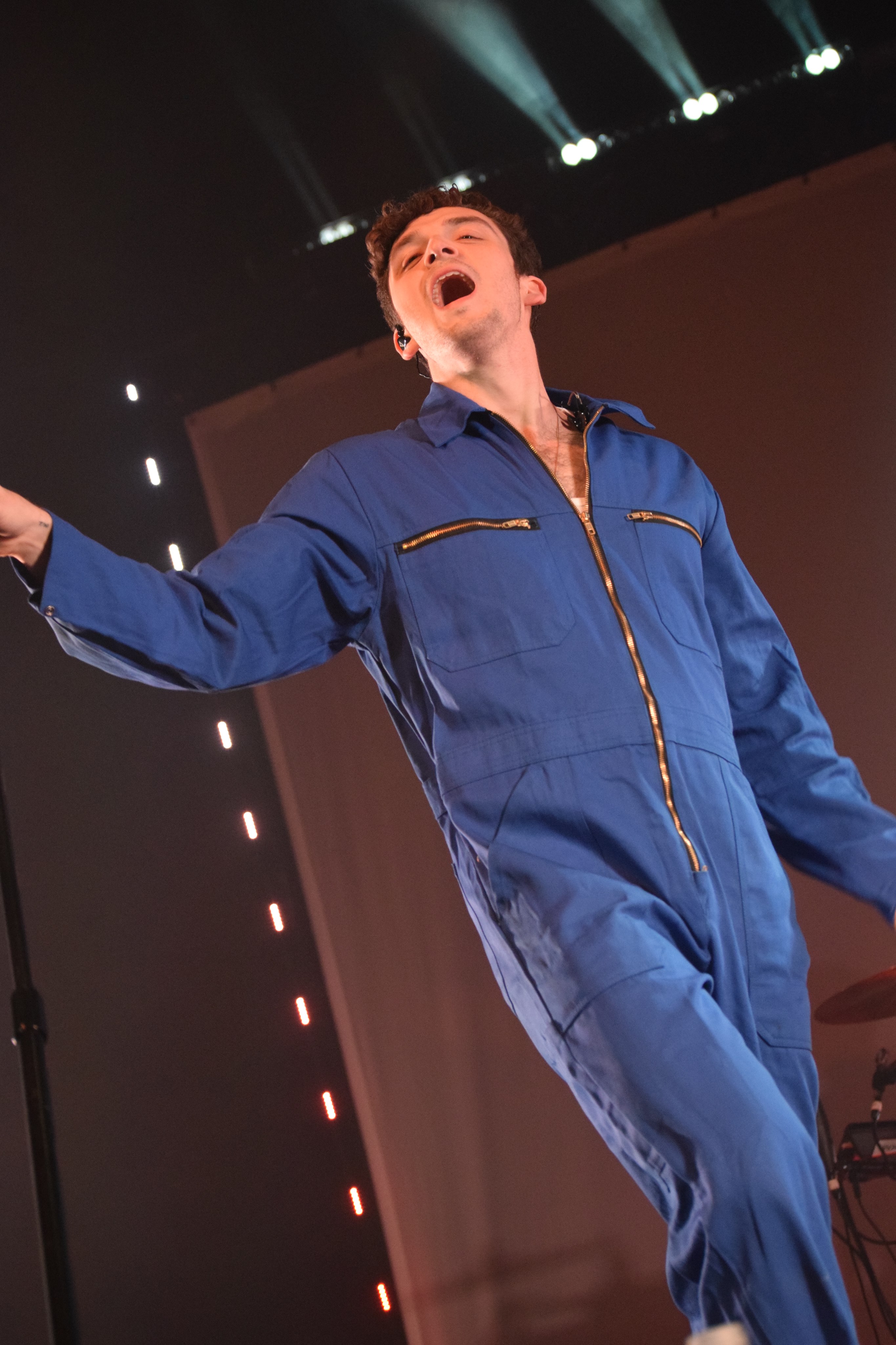 “I can’t really dance so I kinda just flail around on stage,” Lauv said. “Let’s all look stupid together, it’s Friday night.”

The tight blue jumpsuit prevented him from raising his arms comfortably, Lauv said, but that definitely didn’t stop him from energetically bouncing around on stage all night.

The unencumbered performer created a safe, open and carefree environment for his fans to enthusiastically sing, jump and dance around together without restriction, leaving all worries behind. 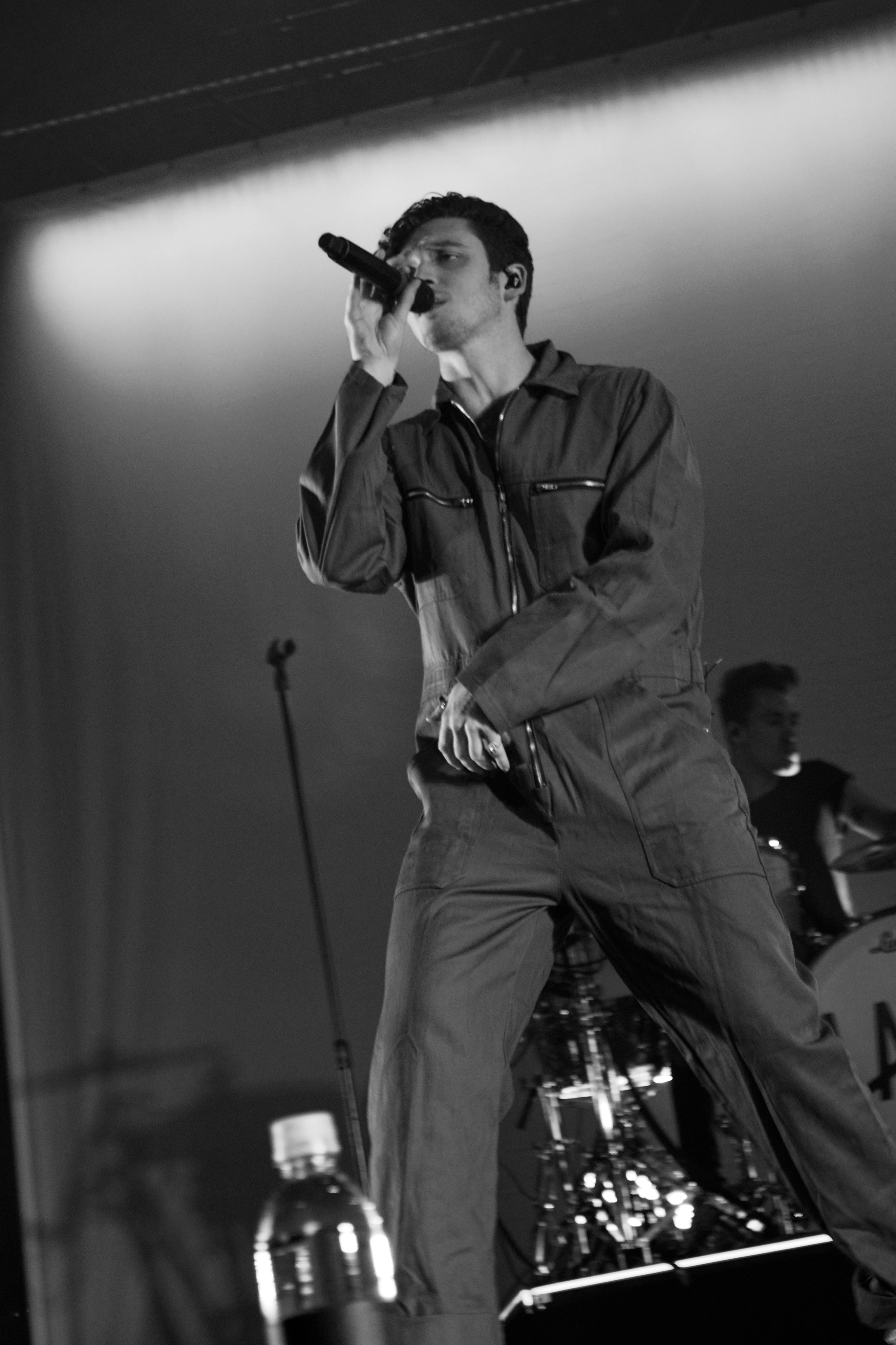 The colorful combination of blue, orange, red and yellow lights that illuminated the stage in the dark venue formed “rave-like” vibes and created an atmosphere that felt similar to a nightclub. The multi-faceted artist played both the acoustic and electric guitar, as well as the keyboard — all on top of his talented singing. Lauv’s two backup band members assisted him by playing the drums and keyboard.

The audience consisted of a variety of ages, ranging from high-schoolers to college students to adults. Lauv showed his appreciation for his fans by noticing their presence and singling individuals out.

For example, Lauv accepted a rose from one of the girls in the audience, wished a happy birthday to another fan and talked to everyone as a whole in between his songs, thanking them for showing up and expressing his appreciation for supporting him throughout his journey. 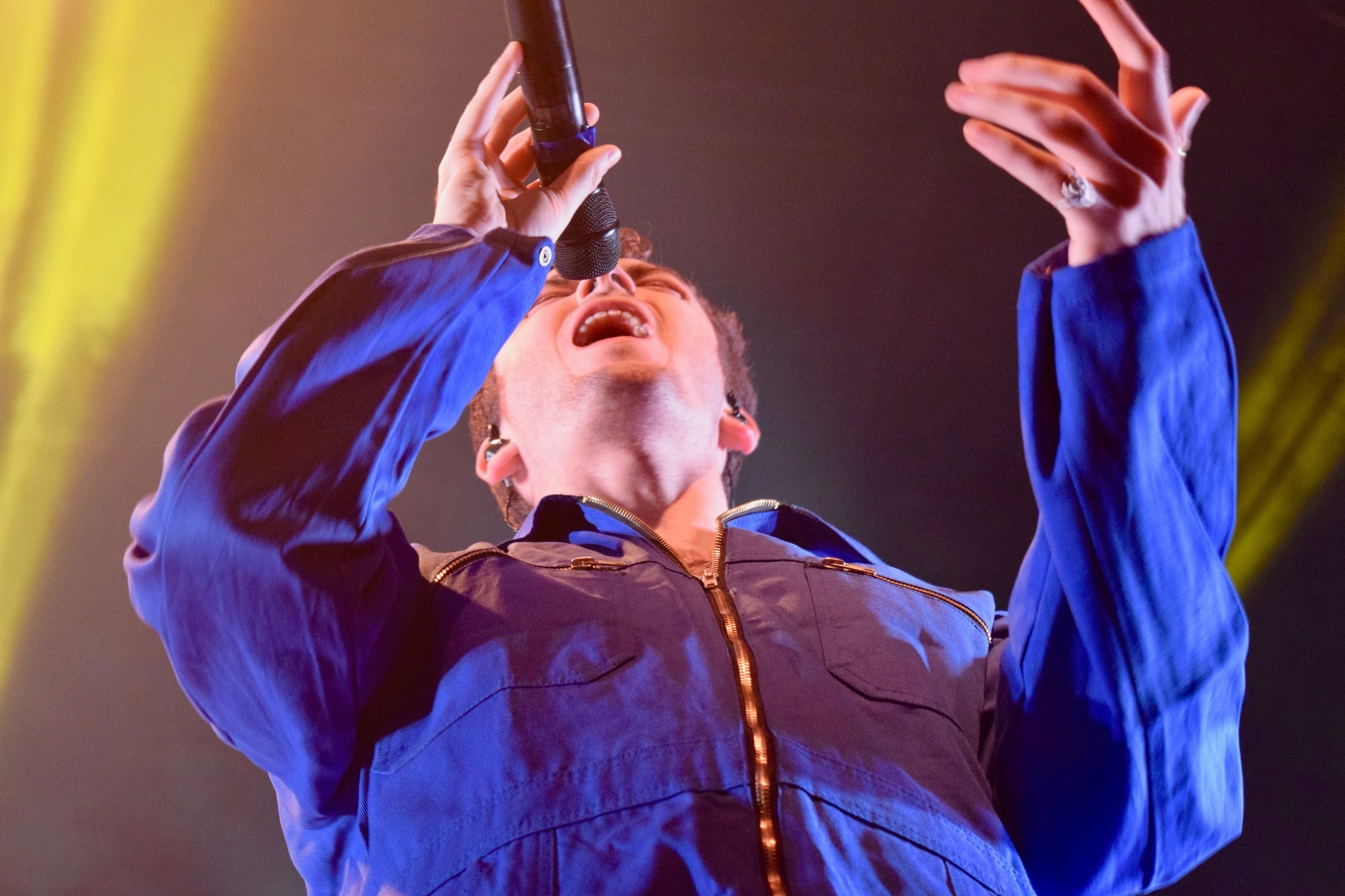 Lauv performed a wide-range of his songs, including “I Like You Better,” “Enemies” and “Superhero.” Everyone sang along and knew the words perfectly.

On stage, Lauv admitted he was feeling a bit under the weather, and therefore relied on his dedicated fans to help him out with the singing.

In the middle of his performance, the artist requested a few seconds of silence in order to “feel grounded with everyone together” for a short moment. He acknowledged the power of taking pleasure in the present moment and appreciating those around.

Another unique aspect of the artist’s tour was the “My Blue Thoughts” box sitting on the table by the merchandise that was being sold near the entrance. The purpose of the box is to grant fans with the opportunity to pick up a piece of paper and a pencil and write their stream of consciousness, or anything that’s on their mind. 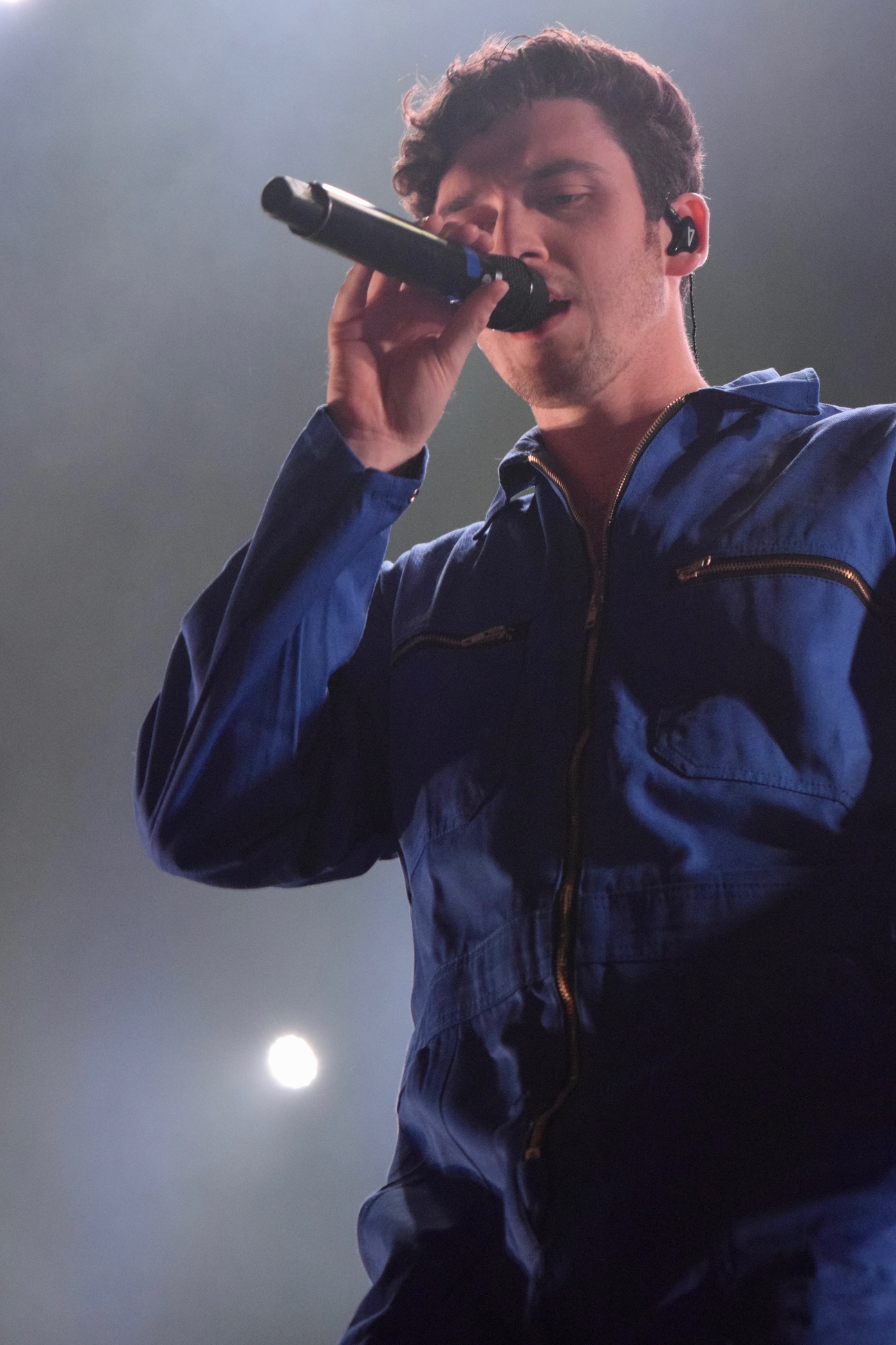 Lauv hopes to encourage people to write about whatever they need to let go of in life. He often reads the notes to become influenced by distinct ideas when writing new songs for his albums.

“I wanted to create a space where you can share pictures, poems, random thought explorations, ideas, confessions … Just whatever’s on your mind, or whatever you need to get off your chest,” Lauv wrote on his My Blue Thoughts website. “I’ll be sharing things from time to time as well.”

Lauv strives to give his fans an outlet to “simply let go,” whether it’s something positive about the world or something negative that’s a burden. He also hopes “it can be a place to connect with other people around the world through the realization that, though we might lead very different lives, we face a lot of the same thoughts, feelings, fears, insecurities, etc.,” according to the website. 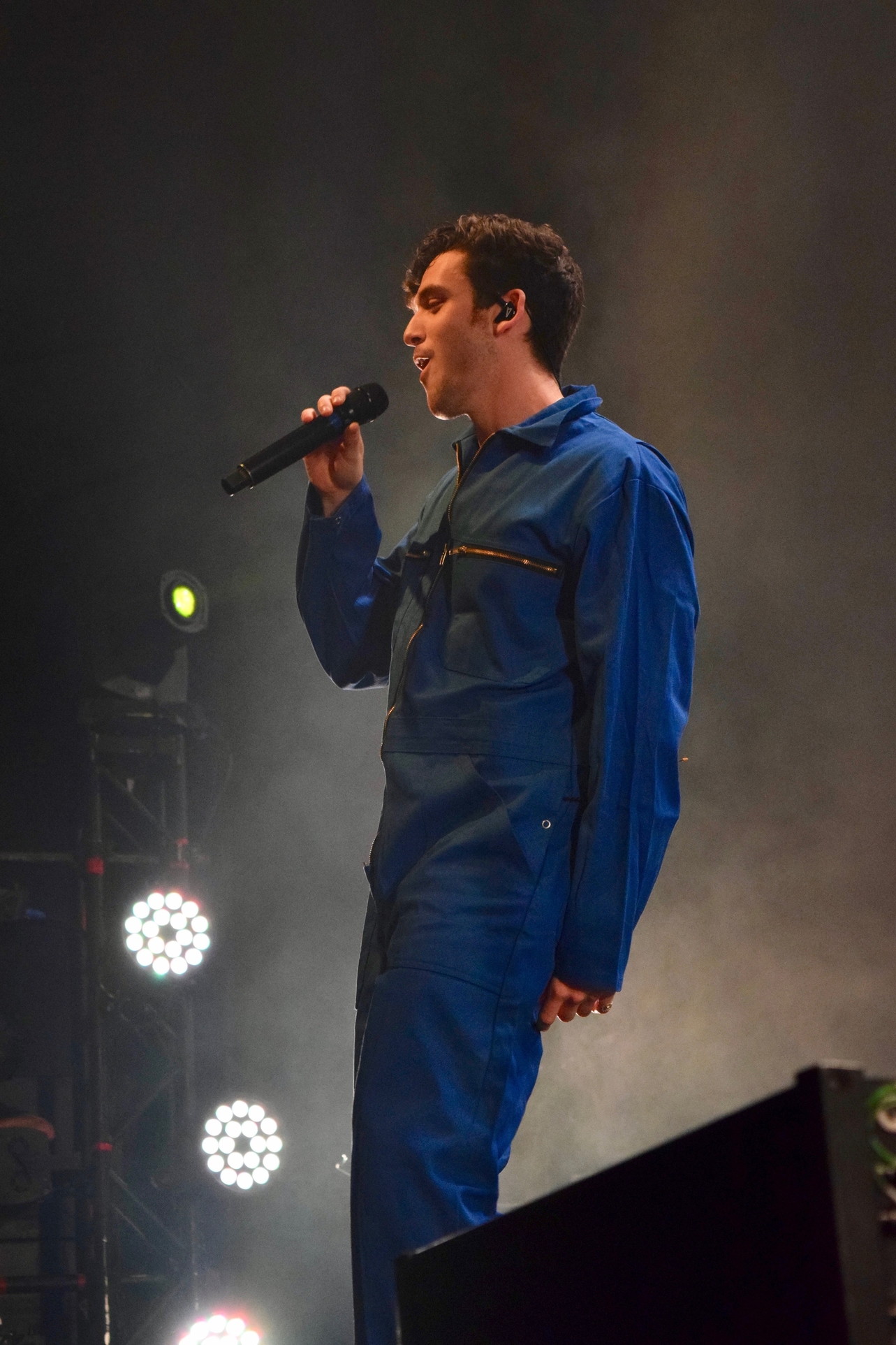 One of Lauv’s singles, “Superhero,” released this year, was influenced by a “My Blue Thought” that read “I met a superhero. I lost her. I want her back.” The song wouldn’t have existed if the person hadn’t openly and honestly taken a risk to share what was weighing them down.

Lauv’s “My Blue Thoughts” creates a tight-knit community and makes people realize they’re not alone with whatever they may be struggling with or going through.