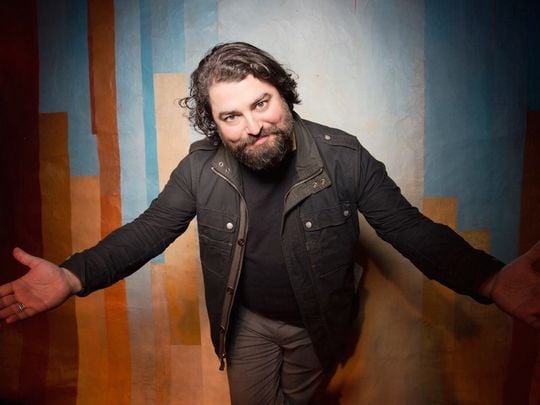 Every so often, it all seems as if everyone could use a little break from reality. The bottom line is that the news can become very depressing after a while and we could all use a laugh.

A very charismatic and and humble comic, Sean Patton, is hoping to bring that emotional release to the audience of Madison’s Comedy Club from Sep. 28-30. He can be recognized from his appearances on Late Night With Jimmy Fallon, Conan and his work in conjunction with Comedy Central and TruTv on a multitude of projects.

Patton’s up and coming tour, “Number One,” is going to be one where he unapologetically exposes his true self.

“This tour will actually be some of the most personal stuff I’ve ever done on stage,” Patton said. “Truthfully, I try to stay away from very current event topics. I don’t talk about Trump. I don’t like Trump and I don’t like his administration, but there’s a lot of talk about that right now. They’ve got that covered. I try to offer the escape from that.”

Although the jobs of comedians may go under appreciated by many, they are essential, Patton said.

Everybody could use a good laugh once in a while, he said. They also allow people to think about reality critically in an environment that’s positive and accepting.

“I take the audience on a journey. I hope that through my experiences they can relate and feel comfortable with their own experiences,” Patton said. “The one thing every human being on this planet has in common is that we are all flawed. So when I get on stage, I expose my flaws so people can laugh at my flaws and then feel comfortable with theirs.” 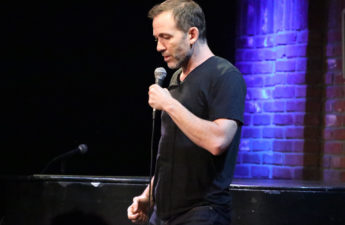 Comedian of the Goldbergs, ‘The Fighter and the Kid’ to visit The Comedy Club on StateCurrent “The Goldbergs” scene stealer Bryan Callen is returning to Madison Sep. 21-23 as part of his ongoing comedy tour. The comic Read…

Sean’s passion for comedy goes way back to when he was in high school and remembers watching great standup from comedians such as Richard Pryor and Dave Chappelle. He also raves about Sarah Silverman and Patton Oswalt. After being inspired by these stand-up comics, he wanted to make people laugh — and that’s exactly what he’s accomplished.

Considering that Patton has been working hard and preparing for his solo tour, he hasn’t been working with other comedians too much recently. Yet, he reflects on the work he has done with the “very cool” Amy Schumer and truTv.

“There’s a show on truTv now called ‘Those Who Can’t.’ I do watch that show. I don’t know why that show isn’t bigger — everyone should be watching that show,” Patton said. “Everyone they have on that show are just great comedians. Everyone’s really funny and I’m not just saying that. I was in one episode, but my one episode is nothing compared to the dozens of other great episodes.”

When Patton is looking for other comics to work with, he seeks out other people who have a similar mind set about performance comedy as he does. Patton explained that good comedy makes people laugh, but also makes people see and accept the joke for what it is. Patton collaborates with others who also realize this. Together, they can create jokes that could have been insulting, but the offensiveness is overshadowed by the comedy.

As a practiced performer, Patton has excelled at creating an environment with the audience in which they can connect with his stories on a more personal level. He explained that there is a difference between writing and delivery. It’s not only the content the comic brings, but how they showcase it.

Through years of experience, Patton has gotten his writing and delivery formula down to a science that works best for him and his audience. His show at the Comedy Club should be special, since the club means a lot to Patton. 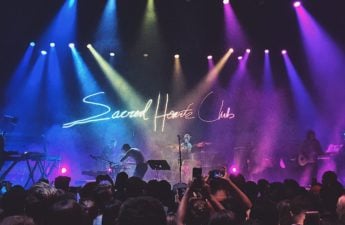 “It’s my favorite club,” Patton said. “There’s just so much that they do right … beautiful club, wonderful scene, it’s right there dead-smack in the middle of everything.”

Since it will be his seventh time performing in Madison, he has come up with his own tradition of purchasing a new item at Jazzman — a high-end male clothing store on State Street — every time he returns. He might have to add personal stylist to his list of skills.

If you’re as excited to welcome Sean Patton to Madison as he is to get here, then he encourages you to check out his website to check out some of his clips, tour dates and other information about what he is up to and where he is going.