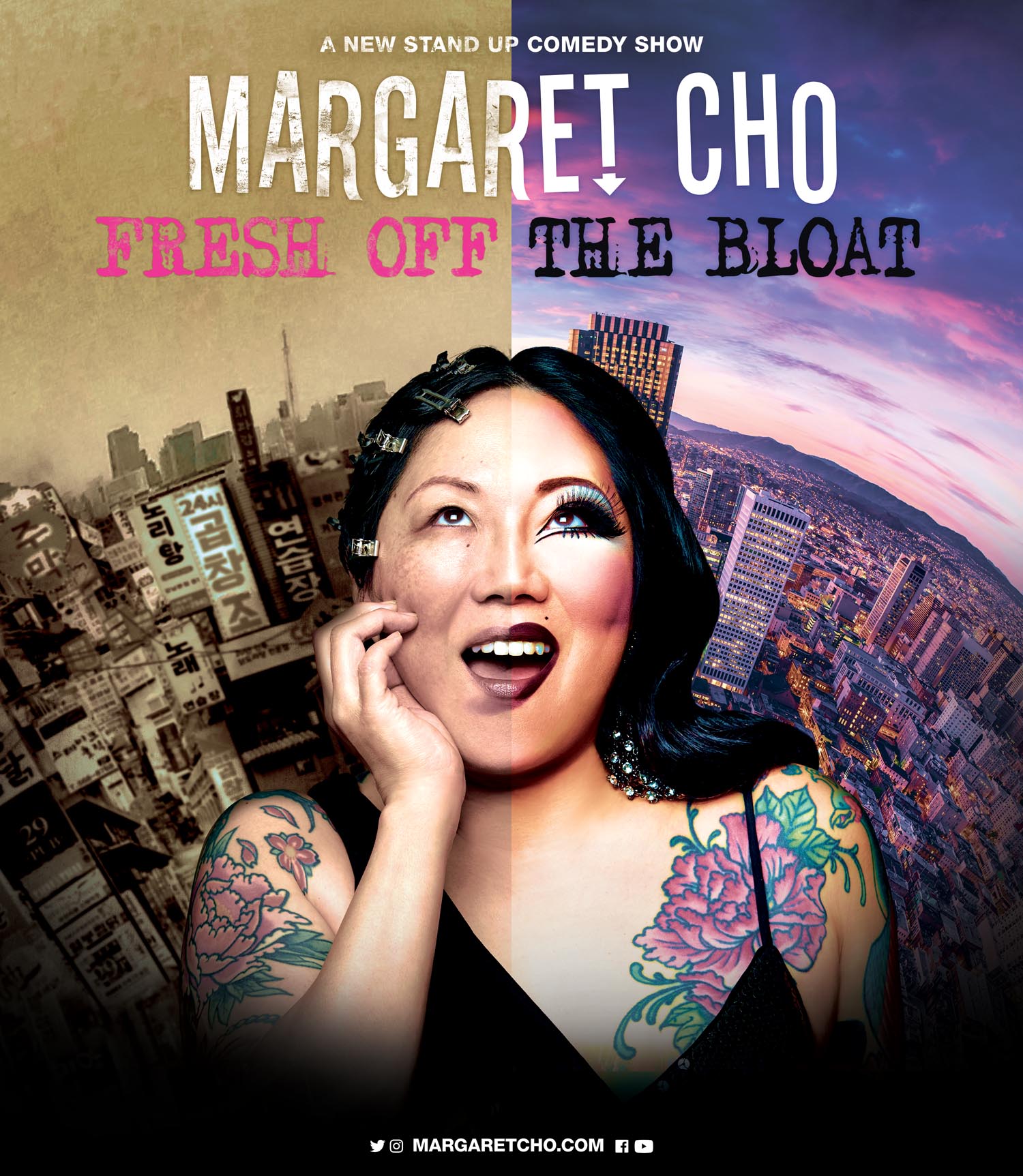 In the world of comedy, there are a handful of names you need to be familiar with. One of those names is Margaret Cho. Five time Emmy and Grammy nominated, ranked Rolling Stone’s Top 50 best stand-up comics of all time, creator of the first Asian American TV show — the list goes on.

Cho will bring her “Fresh Off the Bloat” tour to Madison on September 24. Topics of the tour include family, political satire and beauty standards.

The Badger Herald: Who inspired you to get into comedy?

Margaret Cho: Always and forever, Joan Rivers. She was a true force of nature. She was really influential and important in my development. When I first saw her when I was a little kid… everything changed. She moved me in a way that nobody else has.

BH: Are there other reasons you got involved in comedy besides being inspired by her?

MC: I was doing theater in school and I thought that this was the right thing for me. I always knew that I was going to be a comedian. It was a weird thing like…it was just my destiny. It just all seemed very clear to me at a very young age. I just knew that this was my path.

BH: Has there ever been a joke that you decided to cut from a performance, or were there specific jokes that you regret?

MC: There’s always something where you go, ‘Oh, I shouldn’t have done that, I shouldn’t have said that.’ That to me is sort of the goal in performance…to get to that point where you’re like, ‘I don’t think I should say that,’ and then you just do it anyway. I think that’s really what comedy is about. I like to be risqué and I like to challenge people… but no, there has not been a point where I’m like, ‘I can’t believe I said that.’ You want to challenge everything. Especially now, with the way the world is. Everybody’s watching everything, and with social media people are so hypersensitive…and I certainly have my own battles with that, but at the same time everything blows over fast.

BH: What do you hope to accomplish with this particular comedy tour?

MC: I hope that we can get a little bit of freedom from worrying. These are crazy times, of course, thinking about Trump and…I was really involved in this past election. I felt very confident that Hillary Clinton was going to win, so it’s still shocking to me. It’s crazy. I was just trying to make sense of it and that’s part of what the show is. Then another part is about race, television, movies, Asian Americans, whitewashing, and all of that kind of stuff that we can’t really get away from — it keeps happening. There’s a lot of stuff about my family. There’s a lot of different things in the show. I always love working up new material and getting it out there.

BH: Do you ever face setbacks for being a woman of color comedian?

MC: I don’t know. I know that it’s just inevitable that we are going to be better. Women are just better in comedy than men. There’s no contest. I think they can’t compete because we have to come off in such a difficult environment. There’s no real support network for women in comedy. We don’t have all of the dudes and the bros, like the camaraderie that they do. We just don’t… and so because of that we’re infinitely better than our male counterparts. There’s no exceptions. It’s just…women are better at most things, but especially better at comedy.

BH: How does it feel knowing that you created the first Asian American TV show?

BH: You’ve been on many TV shows, including Dancing with the Stars. If you could only do one (sing, dance, act) besides comedy, which would it be?

MC: I think acting because it’s closer to comedy. It’s closer to what I do as a comedian. I also just really love it. I’ve gotten to do a lot of different stuff as an actor and that’s really cool. It’s something that I always wanted to pursue and now there’s a lot more there. There’s a lot more availability, like roles and stuff for Asian Americans and things that I’ve done so I’m really happy about that.

BH: What advice would you give to someone who wants to pursue the arts?

MC: Just get out there. Whatever that first step is, there’s always something. Whether it’s productions in school, making things for social media…that is available to us now which is a huge thing…and finding what exactly your passion is. Finding exactly what is driving you — what you want to do. Just taking the first step in discovering who you are as an artist — that’s really important.

BH: There are pictures of you with only a half face of makeup. What does that mean?

MC: It’s just tearing down the barriers of…what beauty is. How we’re regarded so much by the way we look. If we can actually get down to the truth of all of this bullshit, that’s really important. That’s what I try to do — deconstruct things like beauty, weight and the body. Deconstructing things in order to make people feel good about where they are and who they are and not feel that there’s a need to prove something.