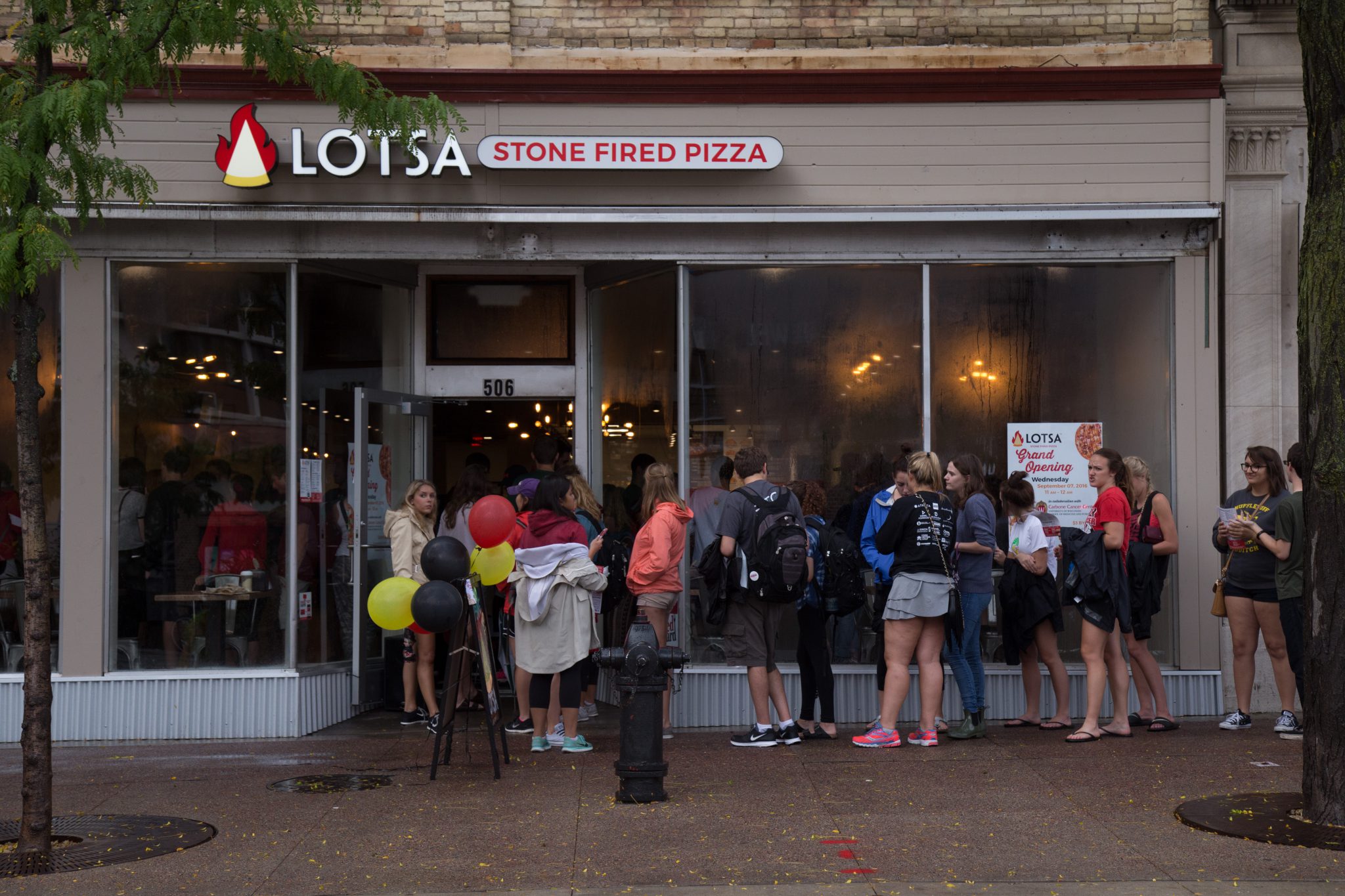 The Badger Herald Wednesday took a peek at how the food tastes at the newest State Street restaurant — Lotsa Pizza. 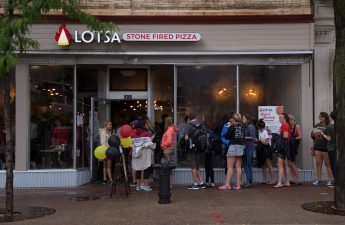 In photos: Lotsa Stone Fired Pizza place new late-night hotspotJust like the day’s pouring rain, the long line at the new pizzeria on State Street didn’t subside through its Read…

In this article, we’ll be taking a bite, and seeing if they truly deliver on serving the best pizza with the freshest ingredients as they claim on their website.

I’m a spice fiend so I ordered their signature 11-inch pizza with spicy red sauce mozzarella balls.  For my five included toppings I picked kale, tomatoes, rosemary potatoes and jalapeños to heat things up even more. To round things out I finished off my slice with some spritzes of basil pesto.

Lotsa’s employees were incredibly helpful and friendly, from the person who took my order to the person who rang me up. My appetite was thoroughly whetted by these friendly exchanges by the time my pizza was ready in just around five minutes.

My first bit of the pizza was great, but nothing to run home about. I had trouble keeping my toppings on the slice, but that may have been due to my more traditional choice of the mozzarella balls.

The ingredients tasted fresh, and the sauce was robust. But the pizza was not spicy enough for me even with the jalapeños. The dough itself toed the line between being overcooked, but ultimately had a satisfying texture.

The pizza also filled me up quickly, and justified the $8 price. I was full at 3 slices, but continued to devour another anyway. No regrets. Considering they’re open late night, it could quickly become the perfect pit stop on the way back from parties or bars.

It could also become a dangerous one. Those pies are pretty darn good.

The true test of any pizza, however, is how it hangs up cold. Still being full from my previous 4 slices, I ate another slice a few hours later after putting it in The Badger Herald fridge. It still tasted pretty darn good.

For a pizza that flirts with authenticity, and has all the convenience of a Toppers or Domino’s with none of the post-eating depression, one can look no further than Lotsa on State Street.