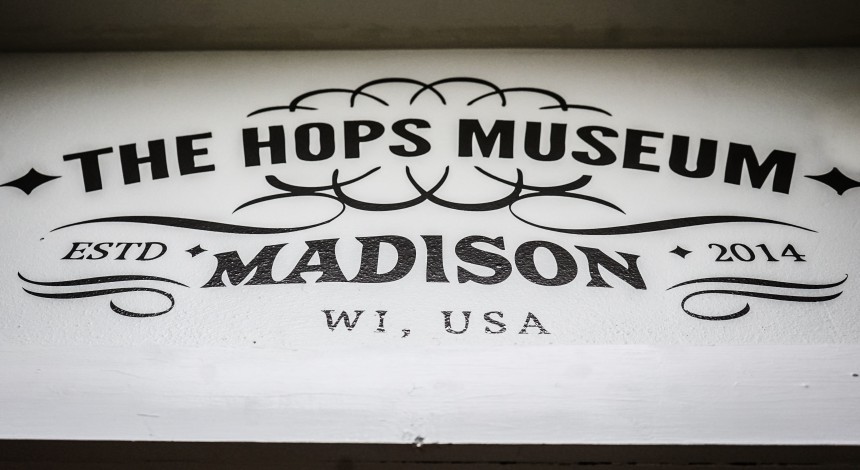 Anyone who enjoys a great IPA knows that the most important part to that brew lies in one of its ingredients — the hops. Not often are people told about the plant that gives their beer a distinct taste. But now in Madison, you can find out all about it.

The Hops Museum, located at 2617 E. Washington Ave. on Madison’s east side, is a relatively new community-centered museum that hopes to bridge the gap for anyone interested in the bitter plant. But it’s not just about hops — it’s about so much more.

“I wanted to create something that could build community, but in a big space,” founder Erin McWalter said. “We’re using the museum to connect growers, brewers and artists alike to come in and collaborate with each other to make something beautiful.”

While hops may seem appealing to beer drinkers, there are many other uses that draw people to the plant. It is with this reasoning that McWalter hopes to attract people of all interests to interact in a unique way.

McWalter, by her own admission, is not a devout beer drinker. The hops she grows at her own home aren’t used for beer, but actually for Hop Tea. She says the herbal tea has some great health benefits.

“The hop plant is a cousin to cannabis,” McWalter said. “It has similar health benefits that can be found in cannabis, obviously without the THC elements. It’s really good to help people relax and sleep.”

What makes the Hops Museum special is its goal of not being simply a museum, but a place to learn about this city’s culture in a singular way.

Current exhibits certainly play into the uniqueness the museum is aiming for. Right now, you can go in and see an art exhibit, an exhibit explaining the process of making beer or even a Gary Hess exhibit that brings to life his book, “Roll Out the Barrel,” which covers the unique history of Wisconsin-made beer barrels.

The museum has some support from the local craft beer scene, McWalter said, but is still in its early stages. Places like the Malt House, which sits right next to the museum, have offered support, but more is necessary.

“I think people still don’t really know how to react to us, so we’re in a pretty unique position right now,” McWalter said. “We’re still looking for even more help from anyone interested in working with a unique business.”

The Hops Museum will be at the next University of Wisconsin Public Service Fair, and will be looking for anyone interested. This is definitely a great opportunity to contribute to this community away from the campus area, and experience another side of Madison.

For this semester’s first beer review, I wanted to take it outside the Dairy State and review some beers from around the country. I decided to try out Sixpoint Brewery from Brooklyn, and went with their Resin Imperial IPA.

Pine flavor comes through right away, and the resinous hop presence is very strong throughout

Hoppiness comes in a slight bit bitter, but flavor still packs a punch

While not my favorite Imperial IPA I’ve had, this one is smooth and perfect for those that are fans of the popular area IPA’s