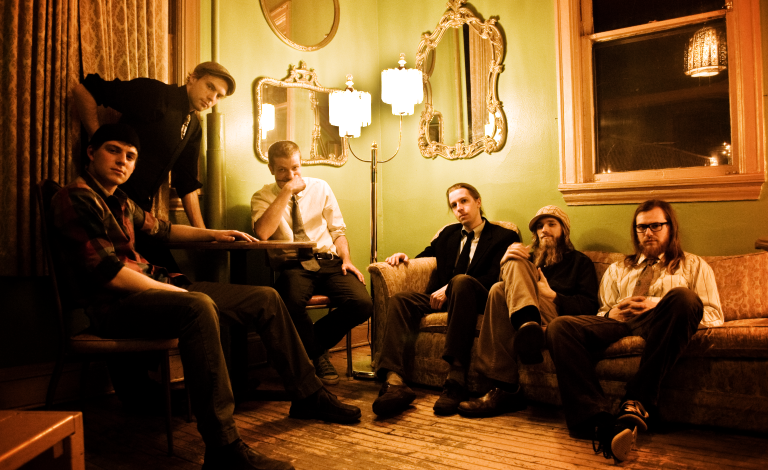 Deep within an art deco box, an idea was born. A fictional woman in long gloves by the name of Mrs. Thomas W. Phipps — embedded in a Mad-Men style cigarette ad — inspired more than just the beauty of smoking French cigarettes. 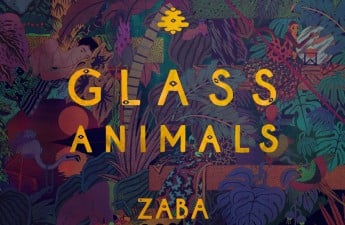 The band, now shortened to Lovely Socialite, has been experimenting with jazz and rock since 2009 while attending school at UW. Pat Reinholz and Brian Grimm, the band’s two cello players, met each other in the music school. Trombone player Corey Murphy said the rest met from their common attendance of concerts in basements.

Throughout the small music community in Madison, all of them eventually became connected and started exploring their strange tastes in music together.

It’s been about three years since their last studio album, which they recorded while all members lived in Madison. Now that they are spread out throughout the state, the recording process is more lengthy, but they’ve managed to fill in the gaps with a few EPs. 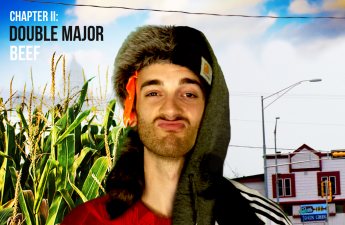 Murphy and bass player, Ben Willis, usually do most of the song writing. For their upcoming album Toxic Consonance, however, they all took a turn at composing, making it more of a collaborative process.

“We don’t stop writing,” Murphy said. “When we go our separate ways, we all write and then share and collaborate.”

Much of their inspiration comes from the Lovely Socialite’s collective desire to push the boundaries and develop an original sound. Combing traditional Chinese instruments with Abe Sorber’s vibraphone and Mike Koszewski’s drums may seem arbitrary, but the unique mix adds to their ever-evolving sound.

This experimentation also ranges from rubbing the back of their cello to get a funny noise, hooking up pedals to all of their instruments and playing with different guitar processes. Being that jazz is usually improvised, Lovely Socialite frequently ad-libs at gigs as well.

Much of their inspiration for wanting to be perceived as unique is gathered from a wide range of artists who fit into the experimental long-form genre, including local bassist Nick Moran, and even Radiohead.

“We’re kind of unique so when another band that is similar to us comes to town, we end up collaborating and playing with them,” Murphy said. “Mark Hetzler is the UW trombone professor from Florida and he does a lot of electroacoustic. He’ll put a bassoon reed on his trombone. He has a group called Sinister Resonance who I’ve played with a couple of times.”

The distinctive and intricate instrumentals that help set them apart from other groups also helps connect them with other bands. Performing in Madison has provided not only a loyal fan base, but the ability to collaborate and hook up with various bands who have a similar atmosphere. 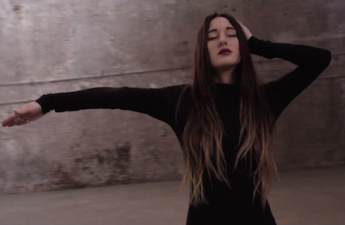 “Madison is small so it’s easy to meet everyone. If you play out enough it’s easy to cross paths with a lot of other bands,” Murphy said. “We play with rock bands a lot, most of their shows we try and be more of a rock version of ourselves.”

Since the self-defined, experimental rock and jazz group is also largely inspired by Twin Peaks, they will throw a Twin Peaks-esque Toxic Consonance release party at the Bright Red Studios Oct. 10. Eager listeners, however, can anticipate the early release of their album Oct. 9 at Company Brewing.