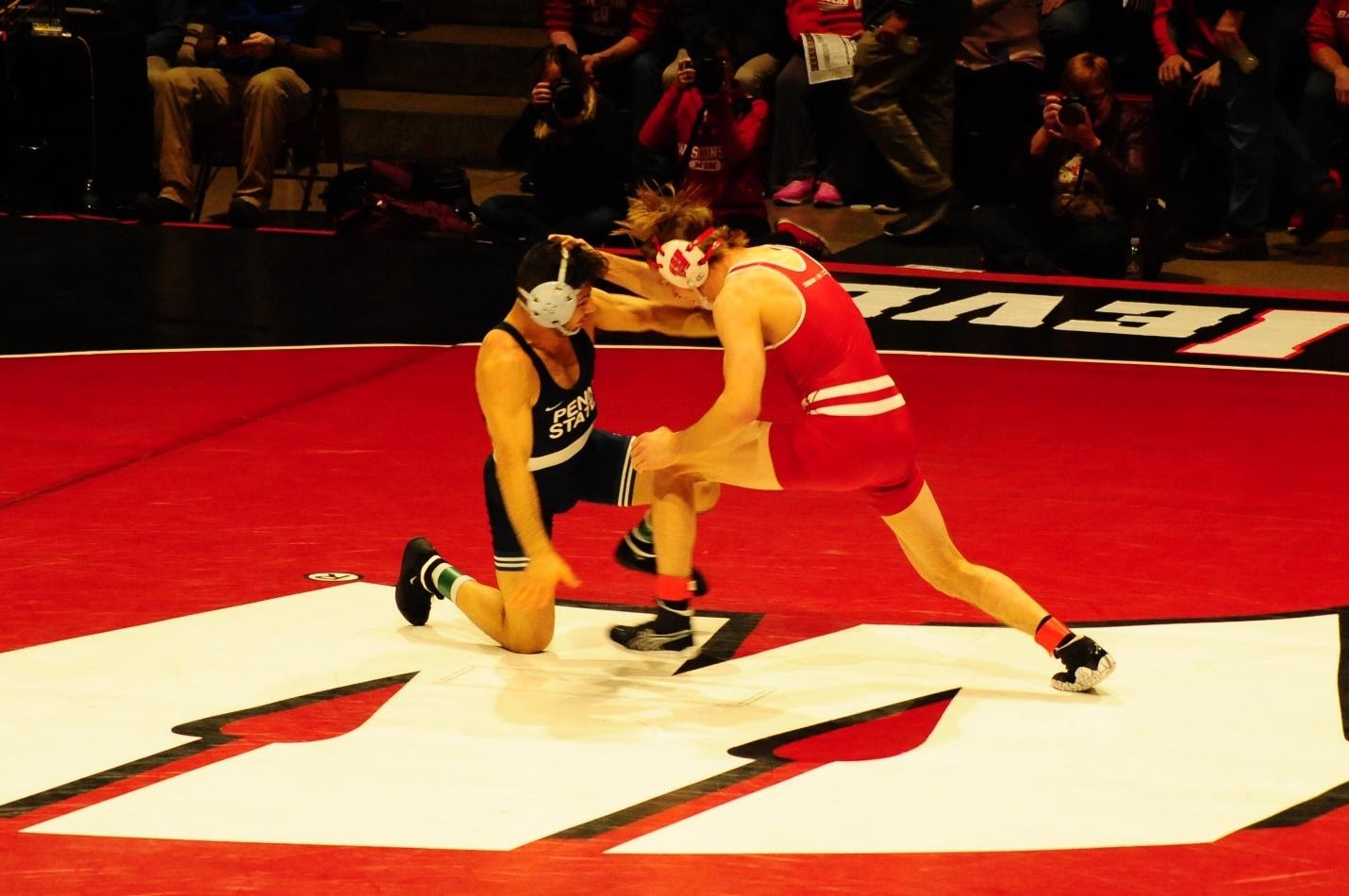 An already successful season for the University of Wisconsin Badgers wrestling team ended on a high note, with three wrestlers finishing on the podium as All-Americans in Detroit.

The Badgers, led by head coach Chris Bono, finished 12-2 this season and sent nine wrestlers to compete in the NCAA tournament. While there was a ton of success at the team and individual level during the regular season, this was a prime opportunity for UW wrestling to shine on a premiere stage.

Eric Barnett, Austin Gomez and Dean Hamiti each survived and advanced through the always grueling national tournament to earn All-American honors. The trio was the most likely of the Badgers wrestlers to reach this milestone based on their track records and successes this year. 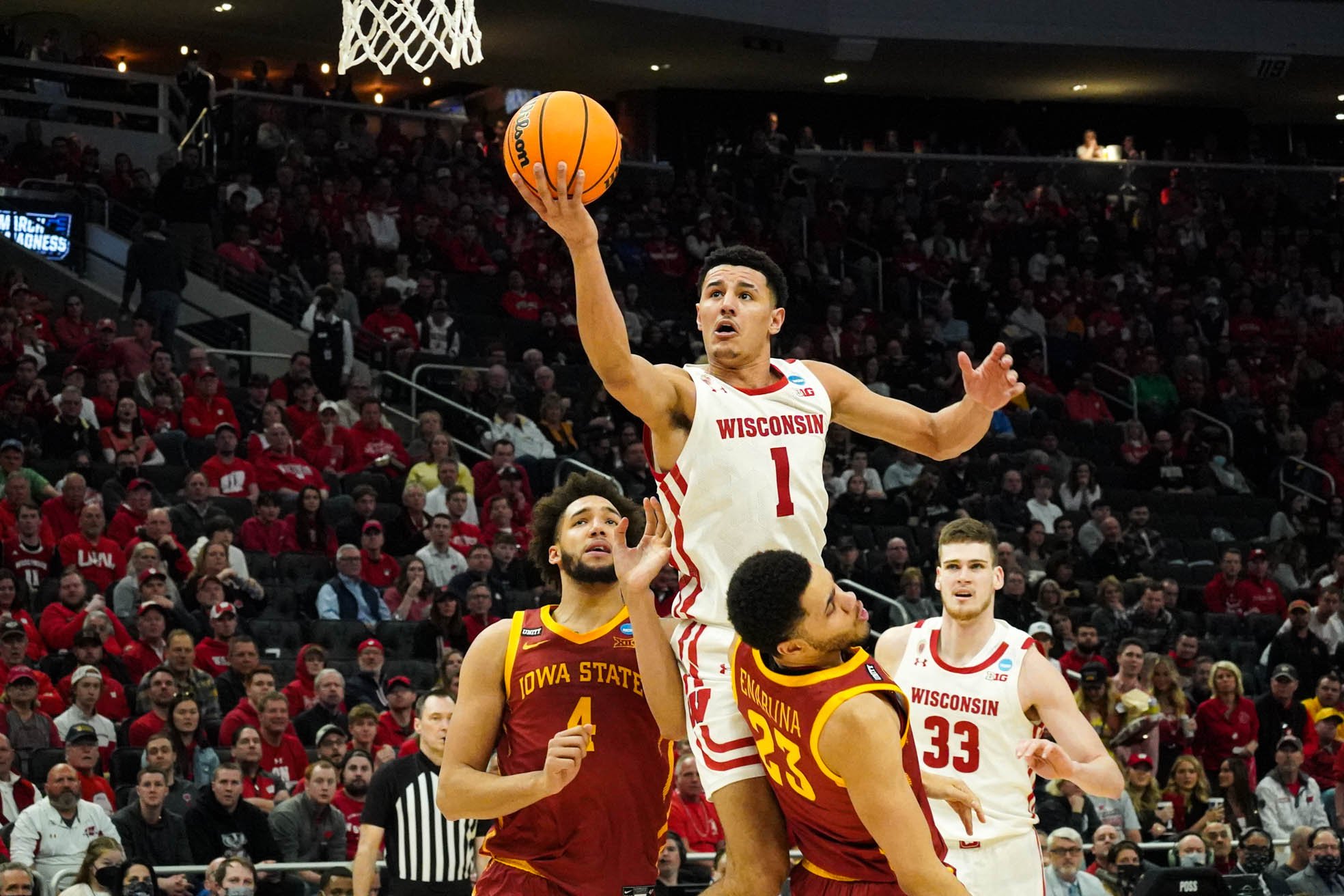 Barnett, a junior and Wisconsin native, battled to the podium in a crowded 125 bracket for a second straight year, one-upping himself with a seventh-place finish. After a loss in the second round, Barnett battled his way back with three consecutive wins to clinch an All-American spot.

The next day, the junior had a chance for revenge against Brandon Kaylor, the Oregon State wrestler who defeated Barnett earlier in the tournament. In the seventh-place match, Barnett took advantage of the rematch opportunity with a pin in the second period to end the season strong and become a two-time All-American.

Gomez and Hamiti’s tournament started similarly to how it went for most of the season. Gomez, the Big Ten champion at 149 lbs, and Hamiti, the Big Ten Freshman of the Year, both started with back-to-back wins to reach the quarterfinals.

Both wrestlers fell in tough matches, but they each battled and won consecutive matches to ensure they would reach their goals of being an All-American. Gomez rattled off three victories in a row, including a close 6-5 win over Ohio State’s Sammy Sasso to send him to the third-place match.

With a chance at redemption against a previous NCAA tournament loss, Gomez lost 10-6 to Virginia Tech’s Bryce Andonian and went on to place fourth. It was a comeback season that Gomez could not have imagined when he was out of the sport two years ago.

Hamiti won two in a row after his quarterfinal loss and then lost in a tight 7-5 match against Michigan’s Cameron Amine. After the loss, the freshman opted to medically forfeit in the fifth-place match due to injury, earning him sixth in his first-ever NCAA tournament.

It was a dominant rookie year for Hamiti, who will certainly have his eyes on the top of the podium at the 165-pound weight class for years to come. Hamiti is confident in his skills and it’s evident on the mat with his aggressive wrestling style.

“I like to focus on what I have to do … I’m focusing on my tournament, my wrestling and eventually my wins. Just keep pushing my stuff, not theirs,” Hamiti told USA Wrestling after his second-round victory at the NCAAs.

The freshman All-American will be a staple for UW as they continue to build as a program. 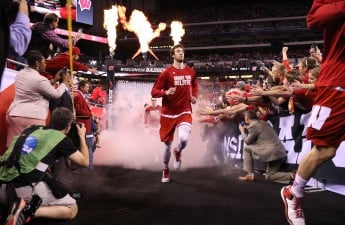 Out of the other Badgers to compete at the NCAAs, Braxton Amos, Trent Hillger and Joseph Zargo each earned one victory. Amos battled in all three of his matches, with both of his losses being one-point deficits. As the 23rd seed at 197 lbs, Amos was not an easy-out by any means and has the potential to make big strides next season.

Hillger was also the victim of two losses by one-point deficits, further proving the tournament can be grueling and cruel. An All-American in 2021, it was a disappointing season for the 17th seeded Hillger. The redshirt senior announced that he will be back next season, however, using his eligibility from the shortened 2020 COVID-19 season.

Overall, sending nine out of the ten starters to the NCAA tournament with three of them finishing as All-Americans is a great accomplishment for UW wrestling. It is a season that should be celebrated and is telling of the program’s growth with Bono at the helm.

Even better for the Wisconsin program, all three of the All-Americans — Barnett, Gomez and Hamiti — will be returning to the lineup for next season. Along with Hillger, four wrestlers in UW’s lineup have found the podium at NCAA tournaments in their careers.

The NCAA tournament served as a coming-out party for UW wrestling, a moment for their great season to be memorialized with All-American honors.