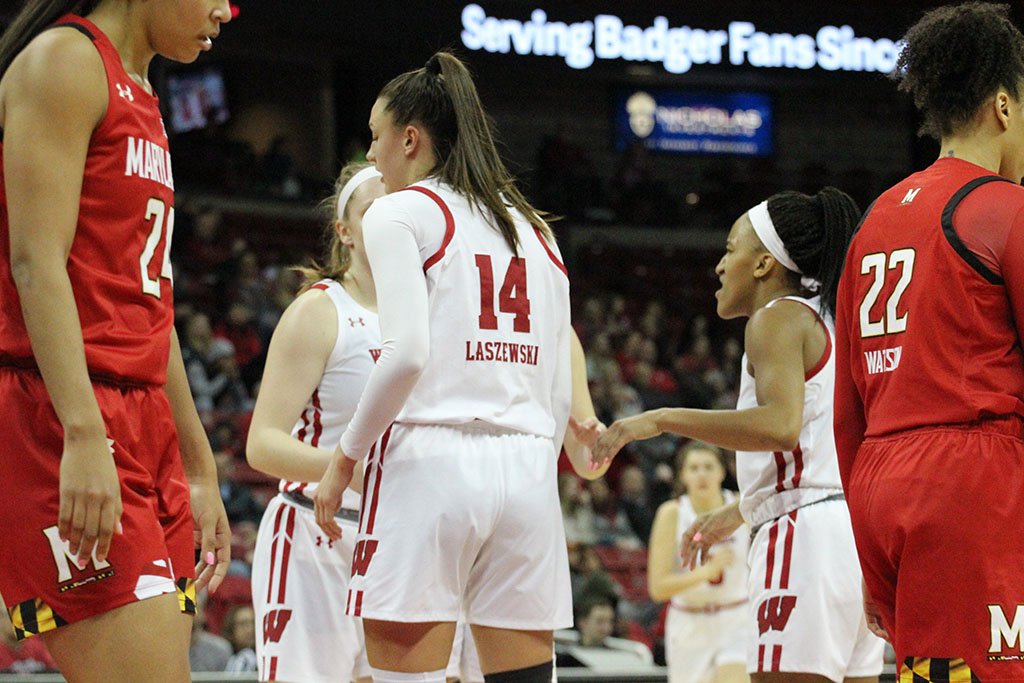 After celebrating National Girls and Women in Sports Day Feb. 6 with an eight-point victory against Illinois, Marisa Moseley’s University of Wisconsin squad (6-16, 3-9 Big Ten) tips off against another conference rival, the No. 15 Maryland Terrapins (17-6, 9-3 Big Ten), Feb. 9.

The two last squared off Feb. 4, 2021, which resulted in Maryland dominating the Badgers 84-48, backed by six double-digit scorers. With an 0-9 record and average 23-point scoring discrepancy since 2015 against the Terrapins, anticipate another tough Big Ten test on Wednesday.

Brenda Freese, a two-time National Coach of the Year, 2006 NCAA Champion and anchor of 17 NCAA Tournament squads, led the 2020-2021 group went 26-3 and clinched the two seed in the national tournament. 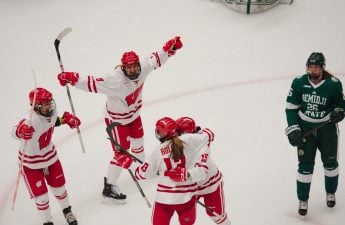 Through 23 games this season, Maryland shot 36.2% from deep and averaged 80.8 points — the sixth-highest scoring average in the nation. With only 12.3 giveaways each time out, the Terrapins rank 14th out of 348 groups in turnovers per outing. Between the offensive firepower and ball security, this is no easy matchup for Moseley and the Badgers.

UW averages a more pedestrian 57.9 points per game on 39.4% from the field and 30.3% from behind-the-arc. Though the Badgers struggle to find consistency on the offensive end, they only turn it over 14.7 times per bout and boast an 0.8 assist-to-turnover ratio.

Following an impressive offensive performance — 13 points, 9 rebounds and 9 assists — against Illinois on Sunday, junior Julie Pospíšilová will need another big showing on Wednesday night. Point guard Katie Nelson, who boasts the top spot in the nation in total minutes played at 833, leads UW with 74 assists and 36 steals on the season. Brooke Schramek has been a solid role player, averaging 7.7 points and 3.9 rebounds a night. 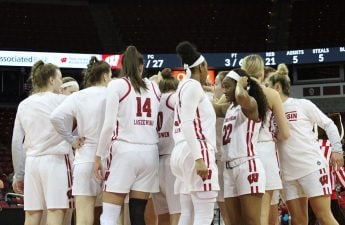 Sophomore Angel Reese, a member of the 2020-2021 All-Big Ten Freshman Team, dominates down low for Frese’s team. The 6-foot-3 sophomore averaged 17.4 points on 50.5% shooting to go with 10.5 rebounds (25th-best in the NCAA) in only 25.3 minutes per contest. Reese also accounts for nearly a block per game, so the Badgers will need to showcase some low post creativity and knockdown jump-shots on Wednesday evening.

Junior Ashley Owusu, the 2020 Big Ten Freshman of the Year, averages 14.3 points and four assists a game with 42.3% from 3-point range. Her backcourt companion, Katie Benzan, records 11.5 points and 3.8 assists to create a formidable duo.

The Terrapins continue to symbolize excellence and discipline as one of the Big Ten’s most coveted women’s basketball programs, but if the Badgers can replicate their effort from Sunday afternoon they could compete with the all-mighty Maryland on Wednesday.

Without Sydney Hilliard, UW will need to find another source of offense, whether it be a spark plug from the bench unit, like Tara Stauffacher, or a few more shots for Pospíšilová and Nelson from outside.