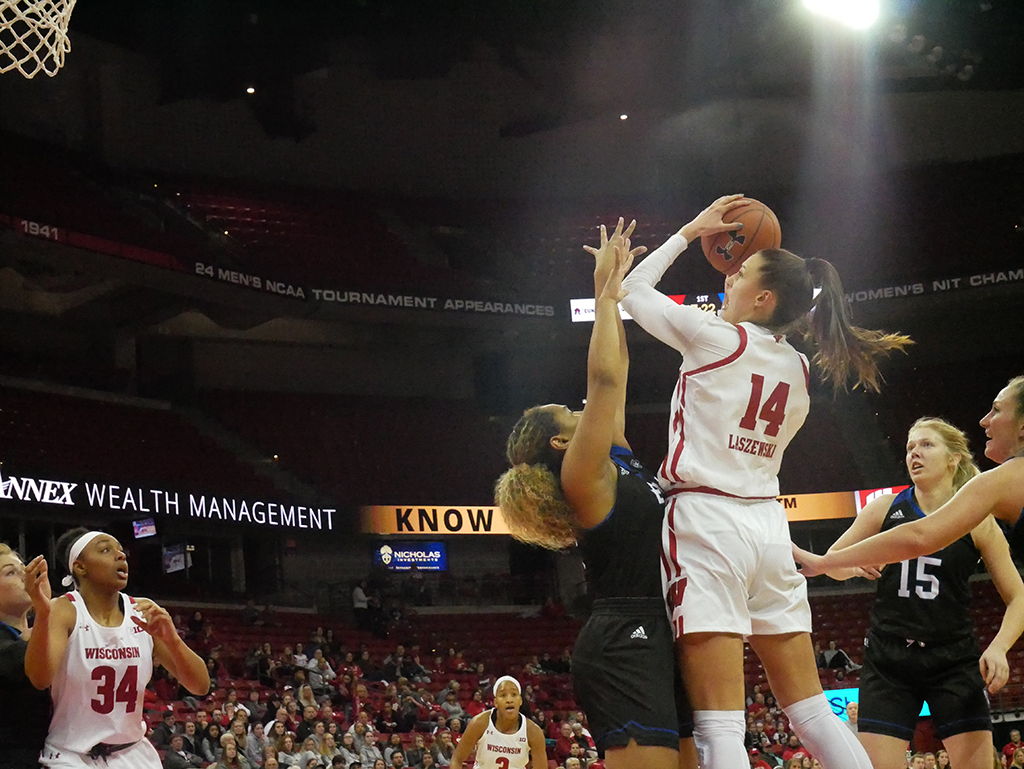 The two teams last squared off in February 2021 with the Hoosiers dominating 77-49. With a 9-13 mark since 2002 and 1-9 record in their last 10 matches, the Badgers will aim to improve their track record vs. IU on Wednesday night. 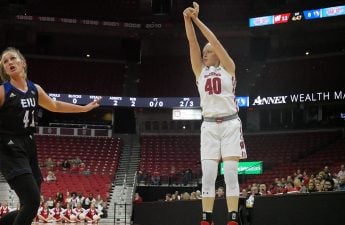 Anchored by Teri Moren, the leader of six consecutive 20-win teams with a 159-82 record during her tenure in Bloomington, the Hoosier’s 2020-21 squad went 21-6 and secured a four-seed in the NCAA tournament.

Through 13 games this season, Indiana averages 72.6 points on 47.5% shooting, 38.8 rebounds and totals 16.5 scores off turnovers per game. With a recent victory against a top-six Maryland group and their only losses to NC State and Stanford, the Hoosiers boast a +15.8 scoring margin as well.

At the opposite end of the hardwood, UW averages 60.6 points per contest off 41.4% from the field and 30.9% from behind-the-arc, ranking 166 of 348 qualified programs in the NCAA. The Badgers force seven steals, chalk up 11.3 points off turnovers and grab 32.2 rebounds per match. With only 15.1 giveaways per battle, the Badgers take care of the rock, landing in the top-third in the country.

Wisconsin junior Sydney Hilliard ranks first among guards in the nation with an impressive 57.9% clip from the floor. The Monroe-native registers 14.5 points, 5 boards and 1.8 swipes in 34.7 minutes of action. Without recording a single three-point attempt this season, the aggressive guard accounts for 66 made field-goals — 15 more than any other Badger.

In 35.9 minutes per game over 10 appearances, junior Julie Pospíšilová puts up 14.4 tallies, 3.9 rebounds, 3.8 assists and 1.5 steals per game. With an impressive 452 total minutes logged so far, point guard Katie Nelson leads UW with 40 dimes, and forward Sara Stapleton earns 7.3 points and shoots 47% from the field per game.

Junior Mackenzie Holmes, 2021 All-Big Ten First Team member and Associated Press All-American Honorable Mention, notches 18.1 points and 8.2 boards over 29 minutes per contest. The 6-foot-3-inch forward from Gorham, Maine ranks 11th out of 250 qualified student-athletes in field-goal percentage with 62% efficiency from the floor, so Sara Stapleton and Brooke Schramek will need to avoid unnecessary fouls down low.

Responsible for a team-leading 57 dimes and 34.3 minutes of action each time out, senior guard Grace Berger racks up 14.3 tallies off 43% from the field and pulls down 5.7 rebounds per bout. Alongside Holmes and Berger, guard Nicole Cardaño-Hillary adds 10.7 scores off an impressive 42.9% clip from downtown. The graduate student also heads the Hoosiers with 23 total steals through 13 games.

Though Moseley’s Badgers might not compare to IU in terms of overall record, UW could take advantage of a few Hoosier deficiencies on Wednesday night. Indiana turns it over 14.5 times a game, so if Wisconsin can generate a few fast-break opportunities and play with high intensity on both sides of the ball, they could contend against a dangerous Big Ten foe at the Kohl Center.