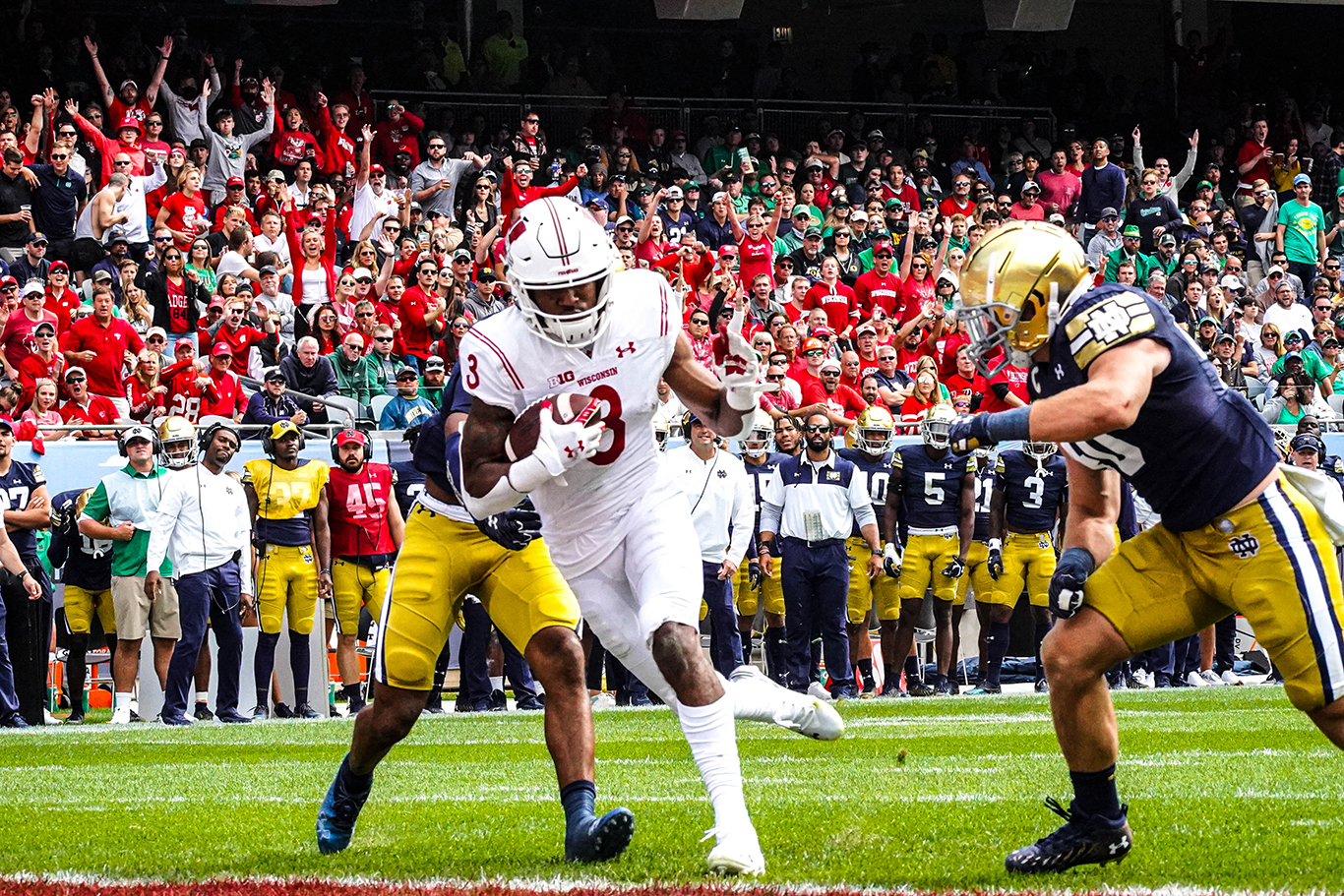 “I’m extremely proud of our team for earning the right to play another game together, and we are excited that opportunity will come in the Las Vegas Bowl,” Head Coach Paul Chryst said. “We look forward to the challenge of playing a very good Arizona State team.”

Watching the Badgers in a bowl game has now become as synonymous with the holidays as decorating your Christmas tree. This will be the Badgers’ 20th consecutive year competing in a bowl game, the third-longest active streak in the nation. Wisconsin looks to improve upon their stellar 5–1 bowl record under Chryst as they make their inaugural appearance in the Las Vegas Bowl.

It will be the first matchup between the two schools since 2013, when Arizona State defeated Wisconsin 32–30 in a memorable game marked by a highly disputed officiated call that torpedoed the Badgers’ hopes for victory. The Badgers’ game plan against Arizona State will be simple — establish the run and play good defense. After their disastrous performance in the Axe Bowl against Minnesota, the Badgers need to get back to basics. Over this holiday season, the recipe for the Badgers’ success will feature heaping servings of Braelon Allen complimented by their historic defense.

Starting off 1–3, the Badgers had a dismal start marked by offensive woes and failure to beat high-quality opponents. Wisconsin then proceeded to go on a seven-game win streak, spearheaded by the rise of true freshman Allen and one of the best defenses in the country. But whatever momentum they had melted away with their subpar performance against Minnesota, as they squandered their Big Ten title hopes with a 23–13 loss. In the Las Vegas Bowl, the Badgers will look to rebound and finish the year off on a high note and carry that progress into the offseason.

On an opposing note, Arizona State’s season looks a bit different. They started off strong at 5–1 but finished the season at a disappointing 3–3 in their final six games. Put simply, the Sun Devils beat up on low-quality opponents and lost to teams with a morsel of promise. Plagued by penalties and a lack of leadership, the Sun Devils struggled down the stretch. Perhaps their greatest weakness is their passing game where they rank 92nd nationally out of 130 in passing yards per game.

Jayden Daniels, Arizona State’s quarterback, was expected to have a superb season, and some analysts even considered him a Heisman candidate. But Daniels underperformed, finishing 75th in the nation in passing yards (2,221) and 44th in QBR (67.3). Wisconsin, on the other hand, succeeds in defending the passing attack, finishing the season sixth in the nation in the fewest YPG (175.6). Expect the Badgers to bring the pressure and exploit Daniels’ impatience in the pocket.

Similarly, the Badgers also struggle to throw the football as their passing attack was their Achilles heel for an otherwise well-rounded team. Towards the latter part of the season, sophomore quarterback Graham Mertz demonstrated glimpses of hope, and he looks to build on that success in the bowl game.

But he faces a robust Arizona State defense which finished 27th nationally in the fewest passing YPG (199.7).

Anticipate a heavy ground attack from both teams. Though both teams excel in defending the run, establishing the run has been the most important aspect of both teams’ game plans. For Wisconsin, it opens the option for play action for playmakers like Danny Davis and Jake Ferguson.

For the Sun Devils, establishing the run game allows Daniels to unleash his full potential. Daniels led the Pac 12 in quarterback rushing yards (670) in addition to six rushing TDs. If the Badgers have to honor running back Rachaad White, it opens multiple avenues for Arizona State.

Though their records remain the same, their respective schedules tell a different story. Arizona State only beat one team with a winning record, UCLA, this season while the Badgers beat four teams with winning records — Eastern Michigan, Army, Purdue and Iowa. Also, according to ESPN, Wisconsin had the seventh-toughest schedule in the nation whereas Arizona State’s ranked 55th.

Though the Badgers will certainly be favorites, it will be no easy test. Arizona State has a consistently strong defense, and while their offense is unpredictable, it has shown flashes of greatness throughout the season.

But if the Badgers stick to their bread and butter with a strong rushing attack and relentless defense, the Badgers should expect a win. In the end, I think Wisconsin will come away with a 24–13 victory, and ring in the new year as Las Vegas Bowl champions.