UW struggled on the defensive end early on, allowing the Phoenix to shoot 61.5% from the field and 80% from three. Borseth’s group opened with an 11-0 scoring run in the first three minutes of regulation and held Wisconsin to only 11 points in the first quarter.

Without Sydney Hilliard’s offensive skillset, UW earned its first field goal with 3:38 remaining in the first off of a Schramek jumper. Backed by seven total assists, eight student-athletes scored for Green Bay in the opening frame compared to just two for Madison’s team — enough to establish a 12-point lead after the opening period.

Even though both squads shot poorly in the following quarter, the Badgers cut the Phoenix edge to just four at the halfway mark of the second. Green Bay responded with a 9-2 run of their own and established a 32-21 lead by intermission. Wisconsin shot 6-25 (24%) in the first half, with 19 of their 21 points coming from the three-point line or charity stripe. 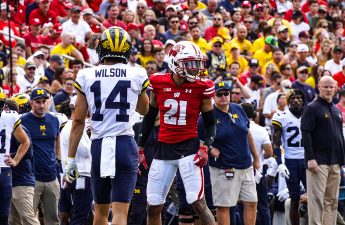 UW picked it up out of halftime, cutting the lead to six with five minutes to spare in the third off of two Pospíšilová buckets. The Phoenix responded with nine unanswered points and five field goals off of six Wisconsin giveaways. In under two minutes, Green Bay increased its advantage to 15. Despite shooting 54.5% from the hardwood and 60% from three-point range, the Badgers trailed by 11 entering the final period of play.

Wisconsin came out firing in the final quarter, hitting on five of their first six attempts and forcing two crucial turnovers before crunch time. With just under two minutes left in the game, Green Bay freshman Bailey Butler quieted the Badger faithful with a long-range three-pointer, extending the edge to nine and essentially bringing the contest to a close.

UW’s offense appeared stagnant throughout the game, but they hit 10 three-pointers off an impressive 43.5% clip from outside — which was a season-high. Wisconsin accounted for 20 turnovers and scored zero bench points compared to 33 scores for Green Bay reserves.

Borseth’s group chalked up nine steals and despite being out-rebounded 37-32 on the glass, a balanced offensive attack and contribution from the second unit elevated the Phoenix. Off of 37.5% from the floor and 36% from downtown, Green Bay led for 97.3% of regulation (38:56 minutes). 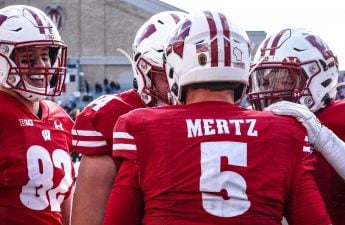 Looking ahead, the Badgers face-off next against the Illinois State Redbirds on Thursday, Dec.16 in Madison.