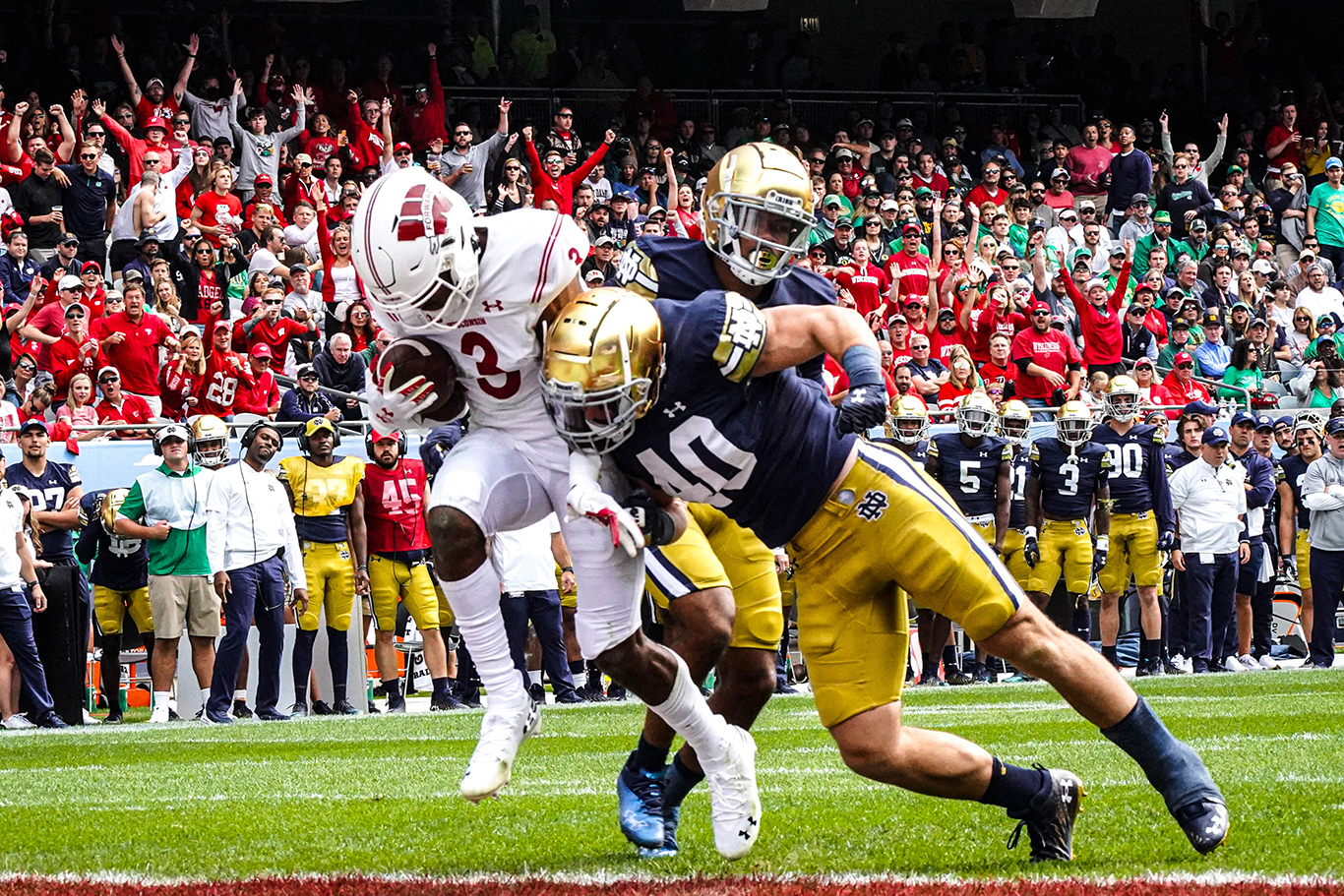 As the passing attack continues to improve every week, sixth-year wide receiver Kendric Pryor has become more of a focal point for quarterback Graham Mertz and the Wisconsin offense.

Hailing from Hazel Crest, Illinois, Pryor has had quite the journey throughout his career and is part of a Badger team that is looking to finish out his final season in Madison strong.

Coming out of high school, Pryor was rated as a three-star prospect by 247 Sports and the 31st best player in the state of Illinois. He began his tenure at Wisconsin in 2016 and redshirted that season — the Badgers finished 11-3 with an appearance in the Big Ten Championship game and won in the Goodyear Cotton Bowl Classic against Western Michigan.

Heading into the 2017 season, Pryor was slated to see his first on-field action for the Badgers. He played in ten of the team’s fourteen games, including three starts. In those ten games, Pryor posted 13 catches for 179 yards and a touchdown, efficiently averaging 13.8 yards per catch. 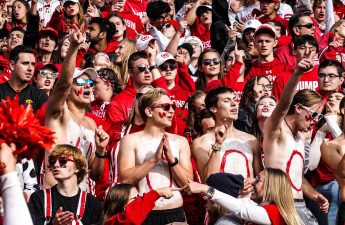 Football: Badgers still look forward to bowl game possibilities after disappointing finishThis past weekend was one to forget for many University of Wisconsin football fans. The Badgers fell short to Minnesota Read…

He got involved in the running game with five attempts for 63 yards and two touchdowns. Wisconsin once again found great success in Pryor’s second season on the team, recording a 13-1 record with their only loss being in the Big Ten Championship game against the Ohio State Buckeyes.

Having established himself as a threat both in the passing and rushing attacks, Pryor got the opportunity to play in every game for the Badgers in 2018, starting six of them.

2018 was an up-and-down season for the team, but Pryor was able to improve on his outputs from his first season in action. He caught 23 passes for 273 yards and three touchdowns, which is a mark that remains a career-high for any of Pryor’s seasons in Madison. On the ground, he was able to rush the ball 12 times for 116 yards and one touchdown during a Michigan Wolverines game.

The 2019 season was Pryor’s third as an offensive contributor for the Badgers. He appeared in all 14 games, starting 13 of them. His receiving statistics nearly matched those from his 2018 campaign, besides the touchdown production.

Pryor once again caught 23 passes, this time for 278 yards and no touchdowns. He was able to get into the end zone in the running game, however. Pryor rushed the ball 13 times for 180 yards and two touchdowns. The season was successful for the team as a whole as well, going 10-4, but losing their first bowl game since the Rose Bowl against Oregon.

After improving upon his statistics in every season as a Badger, the COVID-19 pandemic shortened 2020 season was a tough one for Pryor. The team only played seven games, but Pryor was only able to play in three of them due to concussion issues. 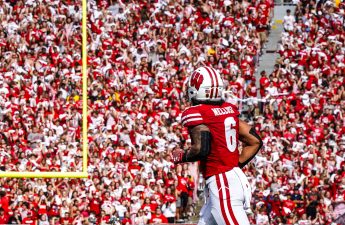 In those three games, he started two of them and hauled in 8 catches for 119 yards, a pace that would have smashed career highs in a full season. With the pandemic and the injury issues, Pryor decided the 2020 season would not be his last for the Badgers and returned for his sixth year with the team.

As a sixth-year senior, Pryor and Danny Davis have become a nice pairing to provide stability for the wide receiver core so far this season. During a slow 1-3 start to the 2021 season for the Badgers, Pryor was a bright spot, hauling in 14 catches for 159 yards and a touchdown in the first four games.

After the hot start, Pryor struggled with only four catches in his next four games before facing off against Rutgers. The game in Piscataway served as a slump buster for Pryor as he led the team with 72 receiving yards and a touchdown in an emphatic 52-3 win.

As Mertz and Pryor continue to develop their rapport in the passing game, this may shape up to be one of Pryor’s best seasons in Madison. Having already set a career high in receiving yards, Pryor could also find success with his potential to be involved in running the ball. Pryor will look to cap off his career with the Badgers in the Las Vegas Bowl Dec. 30.

After this season, the Badgers will miss the absence of their reliable weapon on the outside as Pryor departs and hopes to hear his name called in the 2022 National Football League Draft.